Though the absence of late director Wes Craven is felt, the latest Scream remains a satisfying slasher. 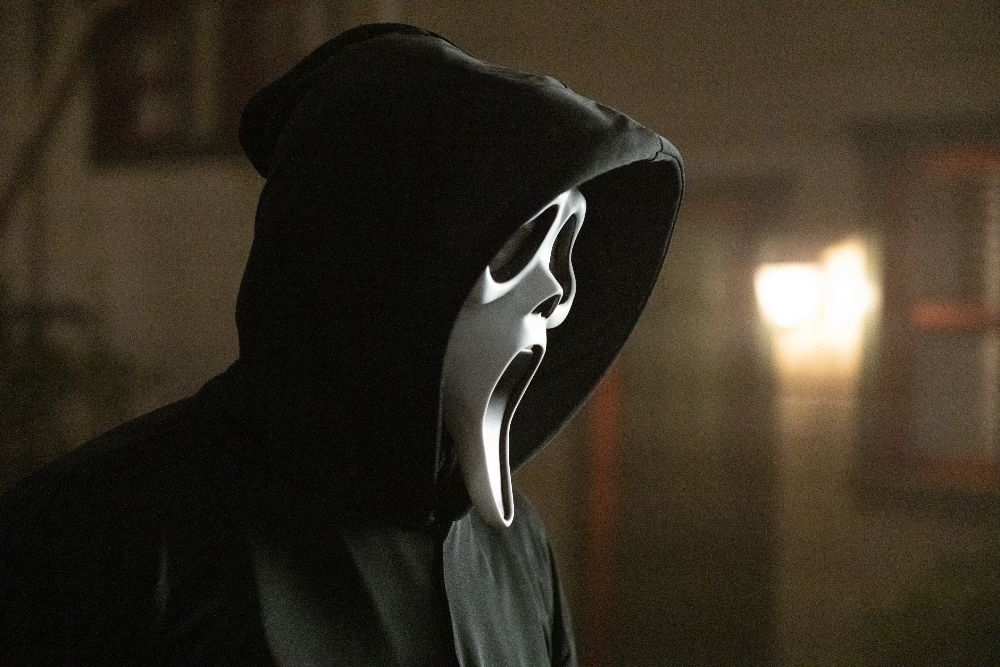 The latest “Scream” is, as the name would clearly suggest, a “Scream” movie. A sinister voice torments a likable group of teens by phone (and text — this is 2022, after all). The menace turns up in a black cloak and Edvard Munch-inspired mask. Several secondary characters are dispatched in brutal fashion; connections to the past are revealed. By the last reel, the surviving players wind up in the same place and the walls are painted red.

That’s what makes “Scream” — the fifth film in the series but given the original’s title in keeping with current horror convention — a success. The formula works; toss Agatha Christie into “Halloween” and have the characters talk about scary movies all day and you’ve got an easy win.

While it is a “Scream” movie, however, it is not a Wes Craven movie. This is the series’ first film following the 2015 death of the iconic director. His absence is felt; the modern “Scream” lacks his atmosphere, wit and menace. If the formula he created is what makes 2022’s “Scream” good, his absence is what keeps it from becoming great. That’s an inevitability, and no fault of the current crew; in Craven’s place are co-directors Matt Bettinelli-Olpin and Tyler Gillett, who helmed the enjoyable “Ready or Not.” They have a strong visual style and bring enough to the proceedings that I’d keep them around for the inevitable sixth film.

Fortunately, a killer cast is dedicated to keeping Craven’s spirit alive. That does include Sidney Prescott (Neve Campbell), Dewey Riley (David Arquette) and Gale Weathers (Courtney Cox), the three characters who improbably have avoided death since the 1996 original. A pack of youngsters — standouts include Melissa Barrera, Dylan Minnette and Mikey Madison — are the focus, with the “legacy characters,” as they are frequently called by the film-aware youth, lured back to action when the going gets rough.

The plot is rote enough as to make summary superfluous (and potentially ruinous to those invested in avoiding spoilers), so I’ll keep it simple: Killer attacks, suspects are considered, body count rises. The throwbacks to 1996 are not limited to the trio of main characters; there are plenty of nods for those of us (myself included) hopelessly devoted to the original film.

One of the kids — Mindy, played in a show-stealing turn by Jasmin Savoy Brown — compares their plight to that of many latter-day horror revivals, dubbing this chapter a “requel,” giving a title to the part-reboot, part-sequel model of many modern slashers (see “Halloween” and “Candyman” for prime examples). Her analysis is apt, but “Scream” is not precisely that; resistance to calling it “Scream 5” aside, this is just another chapter, reheating the plot elements with fresh spices.

That’s limiting, but it’s not fatal. Fans of the series will get their fix, to be sure, and despite a basketful of easter eggs, those without encyclopedic knowledge of Ghostfaces past will still find a good, gory time. Believe neither those insisting that this is a true renaissance or a series-ending misfire (both camps are already out in force); it’s another “Scream” movie. That’s good enough.

“Scream” is now playing in theaters.