Director Robert Zemeckis captures a bit of iconic Disney magic with this update to the classic tale. 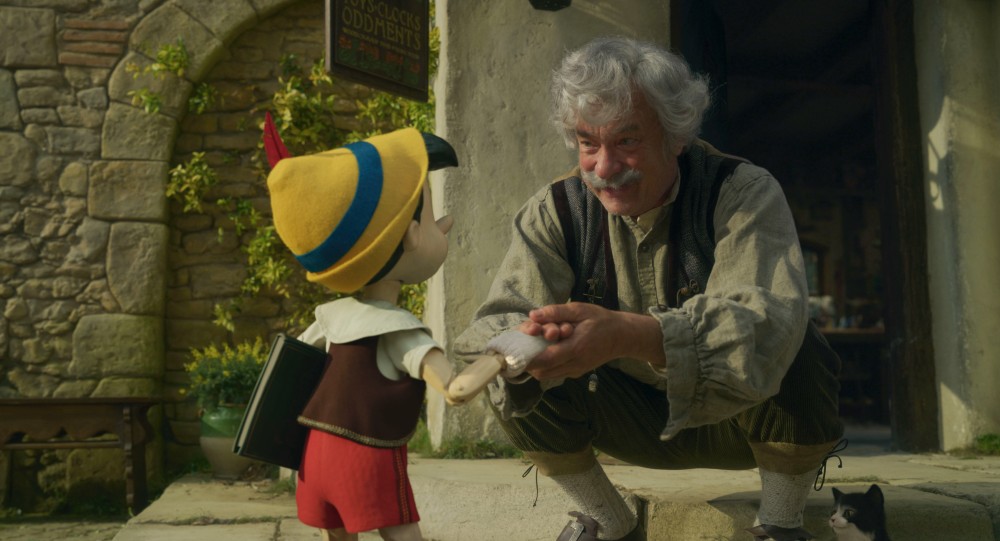 The 1940 animated film “Pinocchio” is foundational to Disney in ways that can’t be measured. What is now a global corporation of staggering size and scope may never have become the murine juggernaut it is without that 88-minute, slightly-sinister-yet-undeniably-magical folktale. Eighty-two years ago, a cricket sang a story about stars; today, hum a few notes of that song to a newborn baby in the Australian outback, and they’ll instinctively reach for a pair of mouse ears.

That may be a slight exaggeration, but it might not. I’m pretty sure Disney is in our DNA at this point.

“Pinocchio” is undoubtedly in Disney’s genetic code, is the point, so any attempt to revisit the property was bound to be scrutinized — and very, very cautious. The studio spared no expense in the remake, which is inevitably in the company’s current darling format, a blend of live-action and ultra-realistic animation — putting director Robert Zemeckis and unimpeachable leading man Tom Hanks to play Gepetto.

And … it works. It’s charming, funny and lively. Of course it works — there was too much at stake to let it miss.

While Zemeckis can’t resist a few in-jokes and references (some of those cuckoo clocks are a little much), he does manage to capture that old Disney magic. When Cynthia Erivo drifts into the room as the Blue Fairy, you’ll revert to whatever tender age you were when you first heard “When You Wish Upon a Star.” And no matter how many cinematic chillers you’ve seen, you will still be deeply unnerved when the kids make it to Pleasure Island and begin a horrifying transmutation.

Pinocchio looks great in the hybrid style, and while no one will mistake creations such as CGI kitten Figaro and dapper Fox Honest John for reality, they’re plenty cute. Hanks is as charming as you’d expect, as is young actor Benjamin Evan Ainsworth as the voice of Pinocchio.

Inevitably, there are a few bumps in the road; as always, Disney can’t help but add a couple of new tunes (those Best Original Song nominations are just too tempting), additions that slow the momentum and sound anachronistic. Flaws aside, though, it’s a much more respectable remake than many in the clunkily branded “Disney Live-Action Reimaginings” line. It knows why its predecessor worked and delicately attempts to transfer that alchemy to a modern format. There’s nothing wrong with that.

Not for nothing, but I couldn’t help but notice certain similarities between Pleasure Island and a certain Orlando-adjacent theme park. Honesty and bravery is all well and good for puppets with aspirations of mortality, but in this world, there’s a Disney vacation waiting.

“Pinocchio” is streaming on Disney+.