The near-instant sequel to the slasher film “X” is an intriguing, fresh origin story. 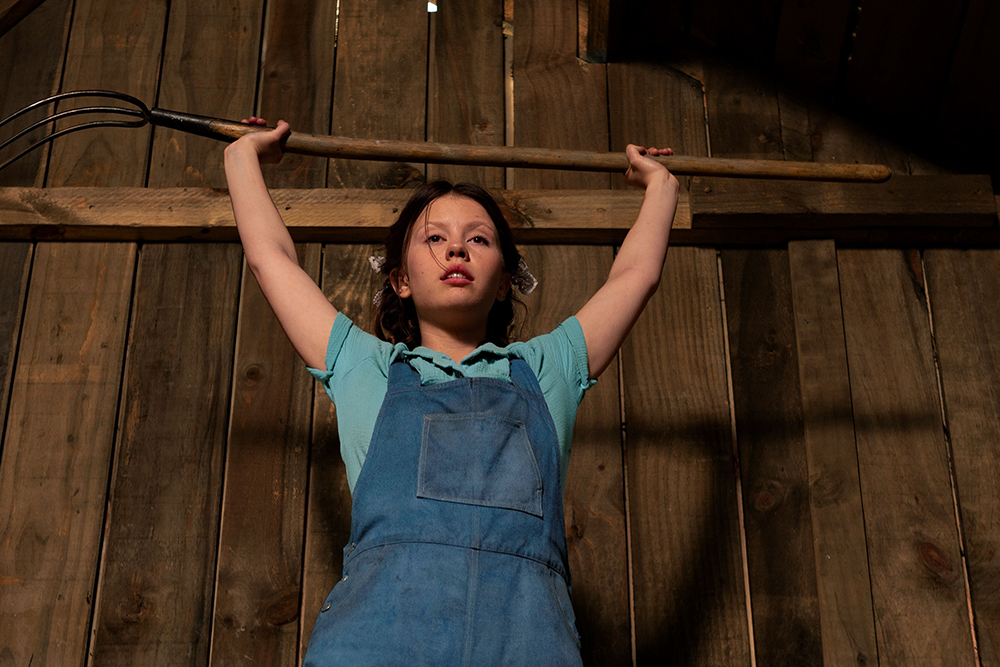 The superlative slasher “X,” one of this year’s best films, also boasts one of the most surprising post-credits sequences ever.

In lieu of a quick tease of a future installment, “X” concluded with a full trailer for “Pearl” — implying that a sequel not only was coming, but had already been made. Indeed, when filmmaker Ti West filmed “X” in 2021, he and star Mia Goth had an idea for a prequel; rather than shelve it for a future date, they simply made it on the spot. “Pearl” was kept secret until the credits of “X” rolled, promising that the companion film would arrive imminently.

Just six months after “X” hit theaters, “Pearl” is here — and while it is a direct prequel, I’m gobsmacked by how different it is. “X” is a straight-up slasher (and one of the best), deeply inspired by “The Texas Chainsaw Massacre.” “Pearl,” however, is a technicolor nightmare, a parable of repression and fantasy set with World War I as a backdrop. The premise is familiar: a small-town girl dreams of stardom. The twist, though, is the thing; this small-town girl also happens to be homicidal.

Put Carrie White into “The Wizard of Oz,” basically — but make sure she’s seen “Mulholland Drive.”

Goth plays Pearl here, returning to the role she played under extensive old-age makeup in “X” (in which she was also the final girl, Maxine). This Pearl is waiting for her husband to return from the Great War, living on a hardscrabble farm with her ailing father (Matthew Sunderland) and domineering mother (Tandi Wright). The demands of the farm life are extensive, and Pearl’s isolation is made more profound by her mother’s crippling fear of the Spanish Flu — an opportunity for West to comment on another pandemic, obviously — and her father’s extensive needs.

Hints of Pearl’s mania are evident early on — let’s just say that Dorothy’s encounter with a scarecrow went a lot differently — but she keeps them in check by way of her driving ambition. She counts the days until a regional performing troupe holds auditions for a new dancer; she dreams that the cinema projectionist will whisk her away to a Bohemian life in Europe.

When she figures out that those dreams aren’t coming true, watch out. If you saw “X,” you know what Pearl is capable of. Each film certainly stands on its own, however. The terror in “X” more than explained itself, and “Pearl” is no rote origin tale, serving instead as a novel deconstruction of one of cinema’s great myths.

Separately, both films are remarkable. Together, they represent a monumental achievement — two of the year’s best, made simultaneously in very different modes. Few filmmakers have had as strong a year as Ti West’s 2022.

What’s next for the horror maestro?

Stay until the end of the credits.

“Pearl” is now playing in theaters.