This handsome but dull film isn't nearly as fascinating as the true story on which it's based. 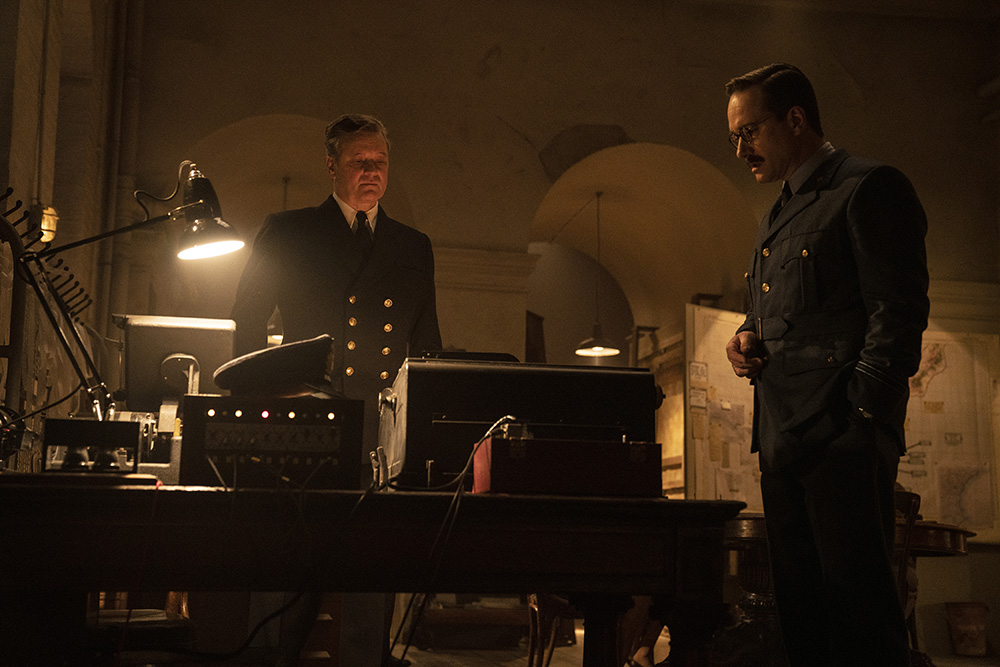 Why is it that films about the largest global conflict in modern history tend to be steadfastly dull?

Occasionally, a good director will craft an action-forward World War II movie that manages to make an impact; whatever your opinion of turning bloody devastation into entertainment, “Saving Private Ryan” and “1917” are certainly cinematic. More often, however, slightly less good directors will choose to explore the men and (rarely) women behind the war — generals, politicians, spies and overwhelmed government functionaries.

These men and (very infrequently) women will discuss, with stiff-upper-lip stoicism, how the fate of the world is in their hands. Then they will have a series of mostly drab, slightly nervous conversations about some matter of grave importance.

Every now and then, a shot of action — or at least a submarine — will interrupt the proceedings, serving to wake up the audience.

Such is the case with “Operation Mincemeat,” a handsome but interminable true story turned into a tedious one by “Shakespeare in Love” director John Madden. It’s based on a book, which I’m told is quite fascinating, by Ben Macintyre; the nonfiction work gives a detailed account of a complicated act of deception conducted by British intelligence.

In 1943, the Allies were planning on striking Germany by way of Italy, developing plans for a landing in Sicily. They were understandably eager to throw the Nazis off the scent, so a number of counter-intelligence plans were forwarded; one of the most unlikely involved planting a corpse carrying false battle plans off the coast of Spain.

That’s the one that the Brits went with, oddly enough, and a recently deceased Briton was conscripted to serve as the decoy. “Operation Mincemeat” follows the arduous and oft-imperiled plan, with a raft of respectable performers — Colin Firth, Michael McFadyen, Kelly Macdonald, Jason Isaacs, Penelope Wilton and (giving the obligatory Winston Churchill imitation) Simon Russell Beale — attempting to give life to the ins and outs of the operation.

Unfortunately, the filmmakers have much less faith in this plan than the generals did. It seems that Madden and crew felt that a clandestine tale of international espionage and deceptive corpse preparation was simply not interesting enough, opting instead to put more effort into an ultimately pointless romantic subplot. There’s jealousy, there are reflections on marriage, there are forbidden glances — I’m sorry, wasn’t this supposed to be a spy picture? About saving the world?

The cast is good, anyway, with Firth and Wilton finding moments of dry wit to keep the scenes from flagging. Still: Couldn’t we have approached this very interesting subject matter in a way that was … I don’t know, interesting?

“Operation Mincemeat” is now playing in select theaters and streaming on Netflix.