Netflix rolls out a stylish and fun vampire thriller in time for Halloween. 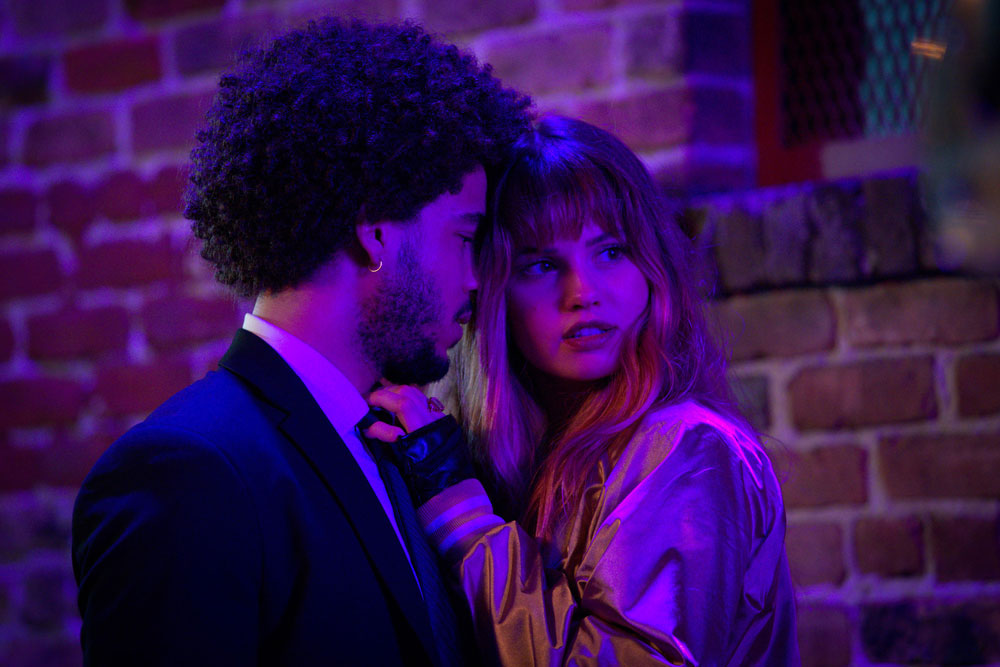 “Night Teeth” is an almost overwhelmingly stylish movie. One gets the impression that the costumes, lighting and hyper-cool locations were set up before a script was even considered — or, rather, that the story developed naturally from the setting. What kind of movie do you make when you have a flock of attractive twentysomethings, thousands of pink LEDs and a series of Los Angeles nightclubs?

And yet, perfunctory though it can sometimes feel, “Night Teeth” is a surprisingly enjoyable movie — a frivolous, bloodstained confection, yes, but not an unpleasant one. If anything, it’s surprisingly grand in its storytelling; if Shakespeare had written a vampire romance, and then that romance were given a very loose 21st-century retelling, it would feel a lot like “Night Teeth.”

Our unlikely hero is Benny (Jorge Lendeborg Jr.), an anxious student and wannabe music producer. Benny covers for his big brother (Raúl Castillo), a luxury-car driver to the elite, and picks up two immaculately attired young women for a night of partying. The more domineering of the pair, Zoe (Lucy Fry), razzes the awkward chauffeur; her kinder compatriot, Blaire (Debby Ryan), takes it a bit easier on the lad.

Not everything is parties and DJs in the city of angels, however; Zoe and Blaire are powerful vampires, aiming for control of the mafia-style network of immortal beings that secretly pulls the strings in Los Angeles. They’re working for an equally stylish don, Victor (Alfie Allen) — who just so happens to have a running beef with Benny’s brother.

I’ll leave some of the minor twists to the imagination, but this isn’t really a shocking-development kind of a movie; it’s more of a see-how-it-plays-out session. If you’re settling in for “Night Teeth,” you’re likely not looking for much in the way of depth and narrative innovation; you’re there to see who gets drained of blood, find out if Benny and Blaire will get together and look at ridiculously attractive vampires. (Megan Fox turns up at one point, just to increase the sexy bloodsucker total.)

There are a great many unanswered questions at hand — an exposition dump before the opening credits answers a few but also hopes you won’t have follow-up queries — and the experience is ultimately a bit thin. Then again: We’ve got hot vampires in fast cars. Let’s just let a win be a win.