Those searching for solid disaster-flick action will have a tough time finding it in this muddled caper. 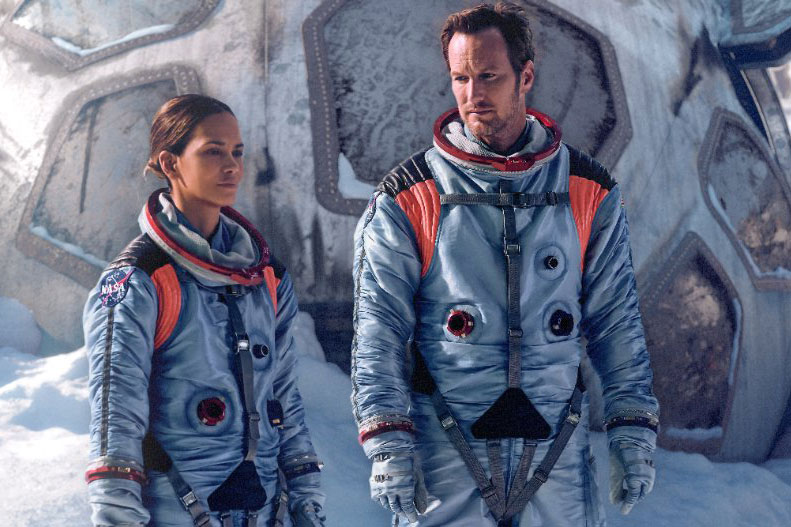 The premise is solid. The title is a bit direct, but I like it.

In the execution, things went a bit haywire.

“Moonfall,” as you can probably guess from the title, is about the moon … falling. Both NASA (mostly in the guise of astronaut-turned-bigwig Halle Berry) and a scruffy conspiracy type (John Bradley) notice that the moon has unceremoniously left its orbit. That, as you can imagine, is a problem.

By the time we get to much of the action, though, things have become needlessly complex. It’s not a spoiler — the trailers give it away — to say that the moon’s erratic behavior involves some extraterrestrial meddling; by the third act, the very nature of our celestial neighbor has been revealed as a cover-up for some thin scifi mythology.

Suddenly, we’ve gotta rehabilitate a disgraced astronaut (Patrick Wilson), visit a fatalistic old guy (Donald Sutherland) for an explainer, find a decommissioned space shuttle, talk to a half-dozen digital whatsits to get updates to the mission, explain what a “megastructure” is, get the plucky band of survivors to a mountain tunnel, bust the one astronaut’s son out of jail …

It goes on like this. I’m sorry; was “the moon is falling” not enough plot for one picture?

Director Roland Emmerich has spent 25 years getting progressively worse at this kind of effects-heavy entertainment. His 1996 hit “Independence Day” did everything right, balancing humor and action, creating likable and compelling characters and teasing out a story over the course of several disastrous days. By 2004, he tried much the same thing, with diminished but still satisfying results, in “The Day After Tomorrow.”

He lost it further with the apocalyptic “2012.” Now, he can still manage the occasional grand image — the ever-encroaching moon repeatedly rising over Colorado mountains makes for a striking shot — but there’s no sense of character, rhythm or drama.

Really, the moon doesn’t actually fall. It more drifts. That has to be considered false advertising.

“Moonfall” is now playing in theaters.