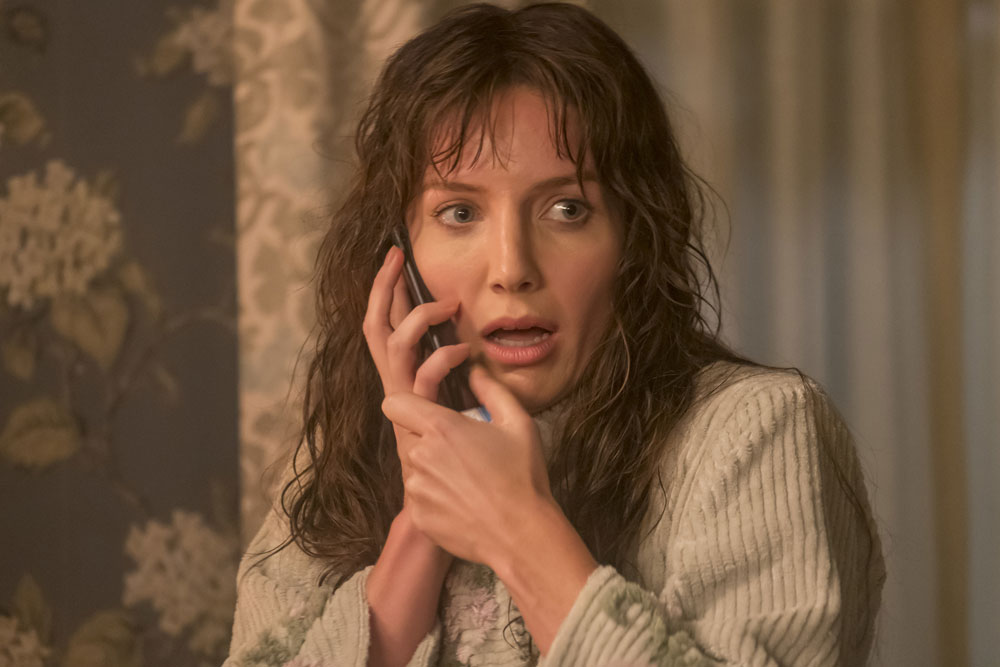 Director James Wan built his reputation as a crafter of crowd-pleasing horror, delivering a series of hits including “The Conjuring,” “Insidious” and “Saw.” His style created a cottage industry — all three of those films became franchises — and launched Wan into the lucrative realm of franchise blockbusters, as he tackled a “Fast and Furious” installment and “Aquaman.”

“Malignant” is his first horror film as a director in five years, and he has nothing to lose. If it hits, great; if it doesn’t, “Aquaman 2” is coming soon. Wan knows this — so he made a very odd picture, a blend of small-scale monster movie and police procedural, with the beats of an Italian giallo and a hearty dose of carnival freak-show showmanship.

I truly don’t know whether or not it works. Or, rather, I’m sure it will absolutely work for some people and seem truly laughable to others.

After an apparent home invasion, Maddie (Annabelle Wallis) begins seeing shadowy figures around the corners of her creaky (yet marvelously appointed) home. One night, those shadows turn into a vision — she watches a ghoulish figure murder a woman. When she awakes the next morning to see the same woman’s death reported on the news, she realizes that something is showing her brutal crimes as they happen.

That’s not much of a plot description, I’ll admit, but any more would give away some of the near-constant twists that “Malignant” pours like cheap wine. Like a mid-tier “X-Files” episode, the script — the screenplay is by Akela Cooper, who developed the story with Wan and his wife, actress Ingrid Bisu — opens with a tantalizing and melodramatic teaser, then spends the next two hours leaving a trail of breadcrumbs toward the bizarre truth.

That works, although it proceeds in languid fashion. The payoff, though, is much more of a mixed bag — and the ending feels like a “we’re out of ideas” escape. Between the sheer weirdness and a deliberately over-the-top acting style from the cast, it’s hard to say if “Malignant” is a success or merely an oddity.

I’m sort of eager to watch it again and find out.

“Malignant” is now playing in theaters and streaming on HBO Max.