Pixar's movie-within-a-movie isn't quite a classic, but it's a funny and enjoyable adventure. 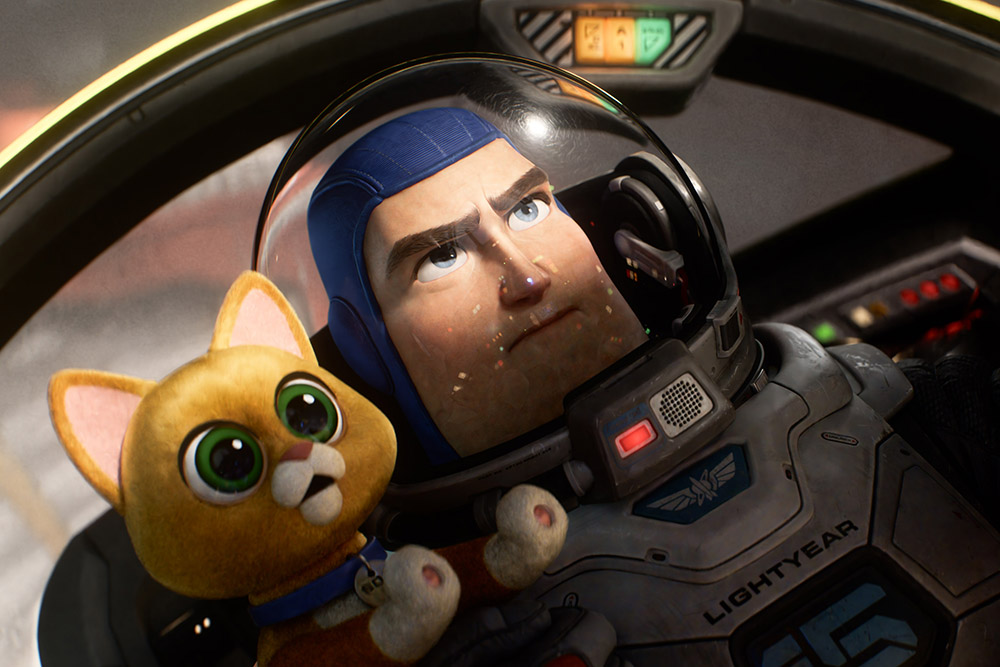 A title card at the beginning of Pixar’s “Lightyear” explains that we are watching a movie within a movie. The Buzz Lightyear toy featured in the “Toy Story” series, we are told, is in fact a bit of movie merchandise; “Lightyear” is the movie the toy was based on.

There’s a natural instinct to chuckle at this novel route to franchise expansion; we’ve done sequels, prequels, remakes and alternate-universe tales, now we’re drilling down to a recursive fiction within the greater fiction. (Yes, I too worry that this means we will eventually go to the movies to watch Peter Parker watch and react to a different movie.) Easy as such criticism would be, though, there’s been stories within stories forever, from “Hamlet” to “The Watchmen.” We don’t usually get the whole thing, but hey — why not give it a shot?

Appropriately, the results are pleasant enough, if a bit thin. “Lightyear” is funny, quick and artful; it’s a Pixar project, after all. It just feels a bit more distant and perfunctory than the studio’s best efforts — as if that extra layer of removal does, in fact, alienate us slightly from the film’s impact. This movie wasn’t made for us; it was made for Andy, a 10-year-old animated boy in 1995.

Does that matter when you’re watching? Not really. It’s pretty good.

The titular starman (Chris Evans) is a hotshot astronaut who detours a large crew to investigate an undiscovered planet. When the planet proves to be a bit treacherous, Buzz tries a daring escape, eschewing the help of the crew; he doesn’t quite make it, marooning hundreds of his fellow travelers on a hostile world. His commanding officer (Uzo Aduba) recommends a cautious approach to escaping their predicament; Buzz remains headstrong, determined to escape and get help through old-fashioned derring-do.

Unfortunately, there’s a pesky time dilation problem; every day, Buzz tries to slingshot around a nearby star to get help, and each time he does, four years pass on the planet’s surface. In a matter of weeks, he watches his friends grow old — it wouldn’t be Pixar without some existential dread, after all — and sees a rudimentary civilization spring up among the castaways.

Big ideas, to be sure; “Lightyear” goes so far as to ask how the worth of a life is measured. Grand thoughts and space action aside, though, I was most taken by the humor of the film — Keke Palmer and Taika Waititi, as two young cadets who help Buzz, are the MVPs — and the glimmer of Amblin-esque adventure floating around the edges of the frame. If “Lightyear” is the standard, the kids of the “Toy Story” universe watch pretty good movies. Not as good as the ones in our own reality, but close enough.