Hypnotic and visually stunning, "Last Night in Soho" turns a whodunit into a time-hopping madhouse. 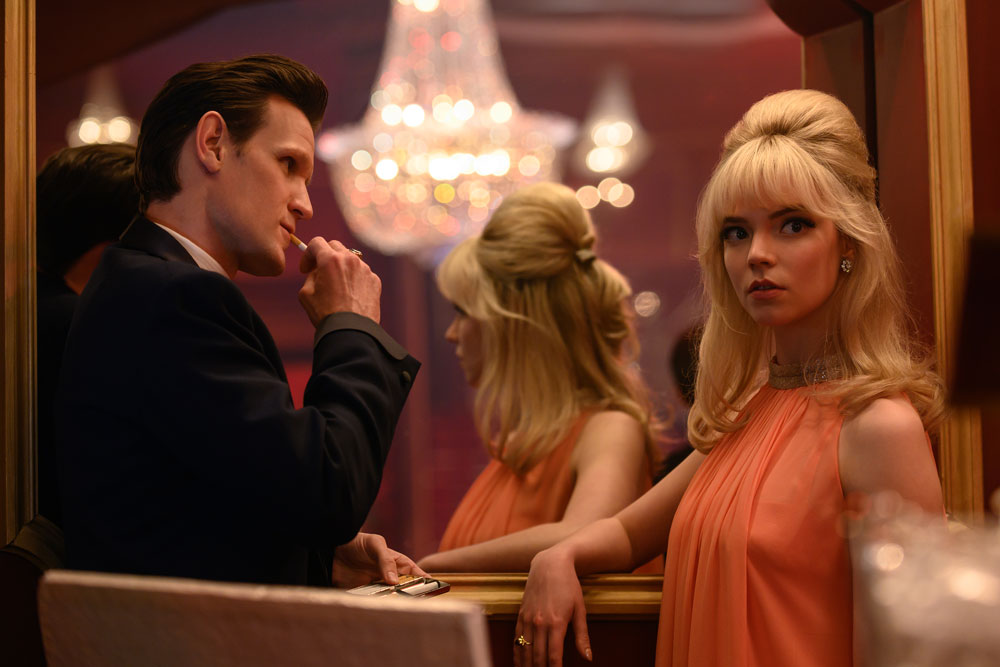 Edgar Wright’s lush horror film “Last Night in Soho” is a movie about the persistence of life (and death) in cities. Everywhere the camera looks, from building facades to beer taps, numerals indicating long-ago years appear. It’s a visual reminder that the structures and habits of cities such as London are immutable and eternal, even as people careen through them in an instant.

Don’t take this for a wistful, good-old-days project, though. “Last Night in Soho” is deeply distrustful of toxic nostalgia, pointing out quite plainly that our affinity for the past ignores how the squalid realities of life tend to compound as you drift backward in time.

That’s but one of the lessons learned by Ellie (Thomasin McKenzie), a naive student and hopeful fashion designer. She’s stuck in the 2020s, but her mental milieu is the mod-mad London of the 1960s; when she’s admitted to a prestigious, if chaotic, fashion institute, she rejoices at the chance to carve a bit of her preferred era out of the present-day city.

At first, “Last Night in Soho” is less a thriller than a fish-out-of-water drama. Ellie recoils at the realities of life as a woman in a big city, then at the party-first attitudes of her classmates. She flees the clamor of student housing and winds up in a room rented by a salty-yet-caring woman (Diana Rigg).

Ellie’s new digs, however, have a bigger drawback: An army of ghosts. Ellie is sensitive to the other side (she carries on full conversations with her deceased mother) and is immediately haunted by visions of another young Londonite (Anya Taylor-Joy) from 50 years prior; Ellie watches as the mystery woman, an aspiring singer, is swept into exploitation and worse.

Wright makes a visual feast out of Ellie’s trips to the past, crafting a dance of confounding identity and false realities. “Last Night in Soho” is at its best when it is weaving between characters, time periods and terrors, keeping the audience as off-balance as Ellie herself.

It’s fortunate that Wright puts so much into the look and the movement of the film, because there’s something somewhat pedestrian about the script (which he co-wrote with Krysty Wilson-Cairns). Admittedly, not too many movies craft a time-hopping funhouse out of an upstairs apartment, and the script is to be commended for a strong premise. A great many films, however, devolve into a half-twisty whodunit, waving away inconsistencies and unbelievable circumstance to push forward to the end — sins “Last Night in Soho” buries under immaculate lighting and genuine chills.

If there’s little novelty in the structure, though, the premise puts enough gas in the engine to chug along to a surprising conclusion. Wright is an expert of setting, tone and composition; with a strong cast backing him up, “Last Night in Soho” can’t help but succeed.

“Last Night in Soho” is now playing in theaters.