The bizarre fable emerges as a powerful, surprising thriller — if you can accept its out-there premise. 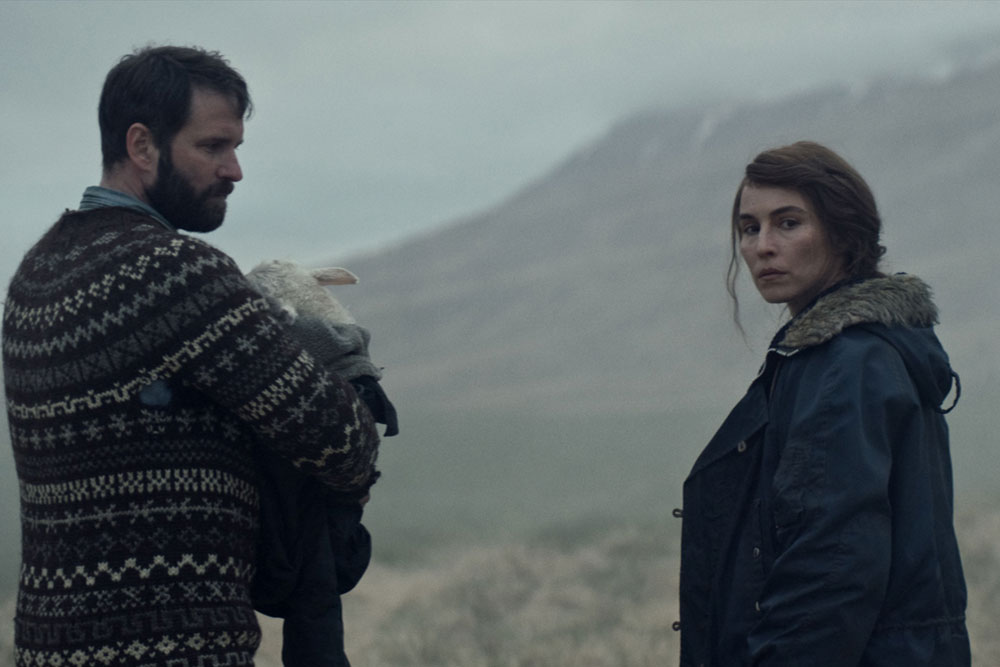 The efficiently named “Lamb” is a movie that will either work for you or not, based on how willing you are to accept the premise — a lonely farm couple adopts the chimera offspring of one of their sheep — as well as the sincerity with which it is handled. This is neither a macabre creature feature or a wry satire; “Lamb” plays it straight.

Does that seem absurd to you? Keep moving. Can you take it? Come on in.

“Lamb” is the debut feature by director Valdimar Jóhannsson, who also co-wrote the screenplay with the poet and novelist Sjón. It’s a remarkably assured and deliberate debut; much more than the film is a work of story, it’s a careful display of mood. Jóhannsson is as concerned with the stark, powerful landscape of rural Iceland as he is with his characters — and one gets the feeling that the tale is as motivated by the hills and the fog as it is by the humans present.

Those humans, as we first meet them, are gripped by a drab sadness. María (Noomi Rapace) and Ingvar (Hilmir Snaer Gudnason) are ably, if sleepily, going through the motions of running their small farm; while they seem to bear no ill will toward one another, they have no verve, either.

It will later be revealed that a child, Ada, died before the events of the film. The cause is unknown, and irrelevant; the loss rather leaves a void into which their strange, adopted child is born. I won’t spoil the titular lamb’s parentage, except to say that neither María nor Ingvar are inclined to wonder where this uncanny creature came from. They simply need a new family member to dote on; they accept this one without question.

Complication arrives in the form of Ingvar’s no-good brother, Pétur (Björn Hlynur Haraldsson). He alone seems taken aback by the lamb’s presence; the first moment when he sees her is amazing, one of the best moments of underplayed comedy you’ll see all year.

“Lamb” is only sporadically funny, but when it is, it’s very funny. When it’s scary — the mode under which it’s marketed — it’s very scary. When it’s raw and open and vulnerable, honestly presenting the couple’s grief rather than pitying or questioning them, it’s moving. In that, it’s a remarkable movie — it does many things, and does them well, opening from a place close to absurdity and landing, paradoxically, squarely at humanity.

“Lamb” is now playing in theaters.