It's not a bad trip, but Disney's "Jungle Cruise" lacks much in the way of originality. 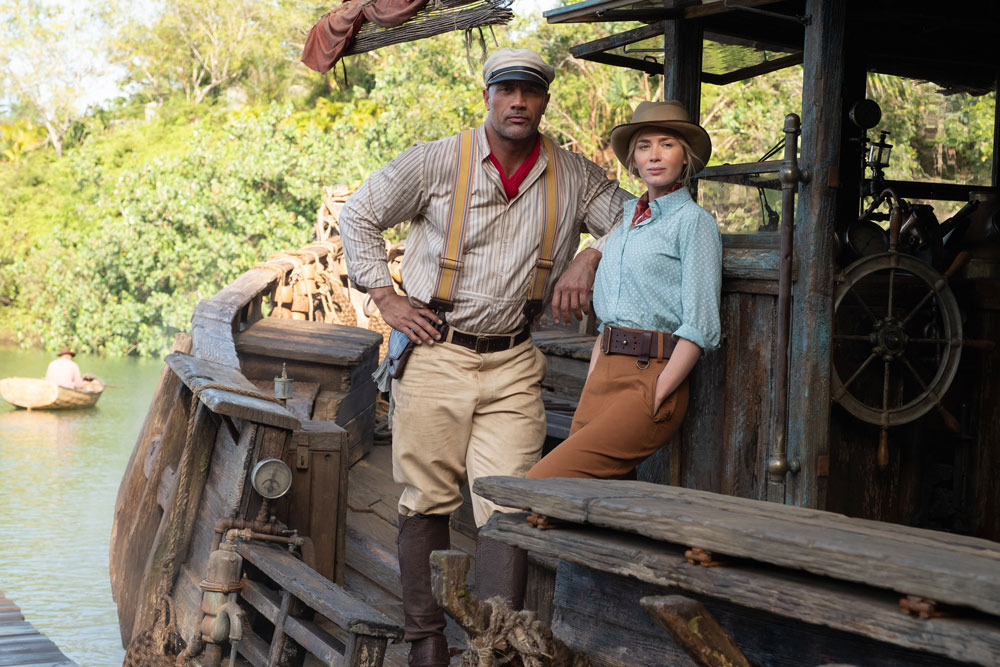 You certainly can’t blame them for trying.

“Jungle Cruise” is far from the first Disney ride to be converted into a feature film, after all. The most fruitful example of the park-to-screen funnel, the “Pirates of the Caribbean” series, is a global juggernaut worth billions. Other efforts to turn intellectual property from the Magic Kingdom, like the expensive whiff “Tomorrowland” and the terribly disappointing “Haunted Mansion,” haven’t fared as well. Still, if a “Jungle Cruise” series made even half the global take of the “Pirates” franchise, that would be … let’s see … about $2.5 billion.

So, no: You definitely cannot blame them for trying. Even if the source material is, in short, riding a boat past some animatronic animals.

Our protagonist is Dr. Lily Houghton (Emily Blunt), an adventurer searching for a mythical Amazonian tree that can cure all disease. The recognizable boat makes the jump to the big screen; its skipper, Frank, is played by the eminently likable Dwayne Johnson.

Her journey — set in the early 20th century, when all big-screen tales of derring-do are required to be set — leads her to Frank, with a maniacal German general (Jesse Plemons) in hot pursuit. There’s much more to the quest than poking around for a tree, however, as there’s a ghostly squadron of long-dead (or at least long-hibernating) conquistadors after Frank’s head, the tree and anyone else that gets in the way.

If the khaki-clad heroes swashbuckling through ancient locales in search of a magical macguffin didn’t clue you in, “Jungle Cruise” picked up a playbook and more from its fellow Disney property, “Indiana Jones.” While the film can ape the attire and the attitude of Indy and his archeological exploits, it can’t manage the rich sense of place that makes the earlier films classics. In “Raiders of the Lost Ark,” the settings are as much the star as Harrison Ford. Here, director Jaume Collet-Serra seems terrified to take his camera off his bankable stars. There are tantalizing locations, yes, but they’re always in the background.

Odd for “Jungle Cruise,” considering the ride is place but no plot. The movie is exactly the opposite.

Thanks to Blunt and Johnson, along with a pleasant supporting turn from Jack Whitehall (as Lily’s younger brother), “Jungle Cruise” doesn’t often drag, despite a bloated running time. Plenty of gags work, as do a handful of action sequences. (An unconvincing, computer-generated jungle cat, however, detracts. Disney: Your virtual animals still look terrible.)

Earnest as the effort is, though, it’s too by-the-numbers to be memorable. This and too many other Disney adventures — including, by and large, the entire “Pirates” franchise — all boil down to the same plot: Mismatched team of charismatic heroes try to find a magical macguffin, likely saving the world in the process. For a studio with a century of stories, they sure tell that one a lot.

“Jungle Cruise” is playing in theaters and, for an additional fee, streaming on Disney+.