Just as the original "Halloween 2" did decades ago, the sequel to the 2018 film picks up right where the last chapter left off. 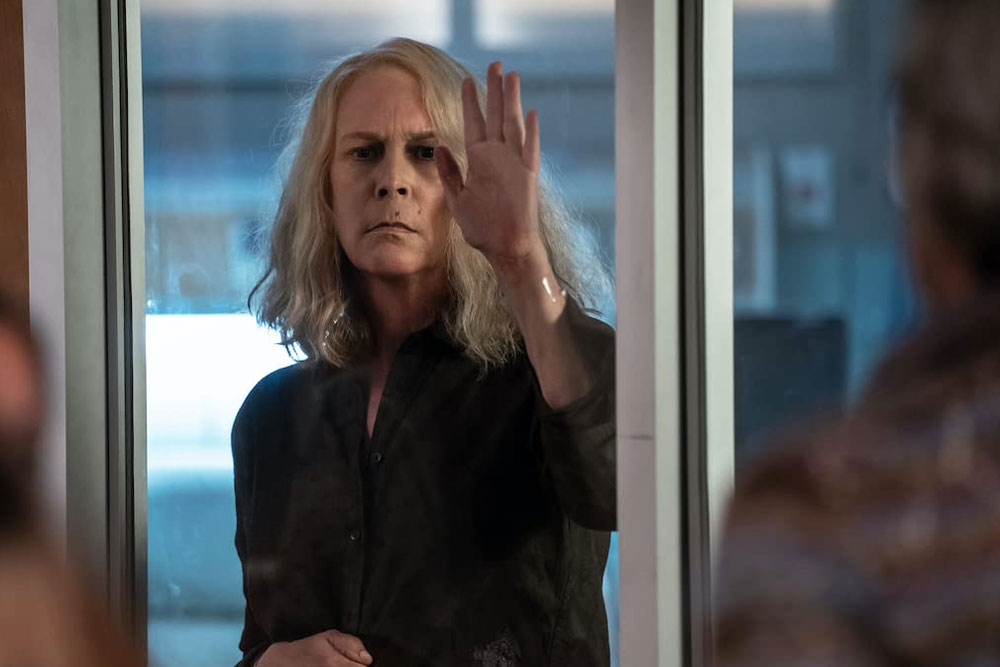 From the earliest days of the horror genre, sequels have always promised more — more mayhem, more blood, more complications. Innovation and deviation is for new properties; the further adventures of an established villain are typically about increased intensity, not change.

“Halloween Kills,” the sequel to 2018’s mega-hit “Halloween,” is no exception. The previous chapter of the long-running series was plenty indulgent when it came to violence, but it has nothing on this new installment, a rolling massacre with a staggering list of casualties.

“Halloween Kills” (if you’re following the complicated timeline of the series, this one only acknowledges the events of the 1978 original and the 2018 film) does not, however, merely offer more gore. It also increases the story and its connections to the earlier films, for better and for worse.

A half-dozen players from the 1978 film turn up here (several portrayed by the original performers). The kids who ran screaming from Michael Myers 40-plus years ago — Lindsey, played by a returning Kyle Richards, and Tommy, played as a grownup by Anthony Michael Hall — are on hand, and they’re still pretty bitter about nearly being killed all those years back. One character from the 2018 film is retconned into the original events; two more, unmentioned in the prior film, reprise ancient roles. Long-dead Donald Pleasance is digitally given some business to attend to.

Even 1982’s “Halloween III,” the only entry in the series not to feature Michael Myers, gets a winking nod.

It’s a lot. “Halloween Kills” is not as restrained and direct as the prior film, making for a less satisfying and more chaotic viewing experience.

Sure, the main objective is clear: Michael Myers (mostly played by James Jude Courtenay, sometimes by Nick Castle) survived the death trap that Laurie (Jamie Lee Curtis) set for him. As Laurie and her family recuperate in the hospital, Michael continues his rampage.

Beyond that, though, director David Gordon Green — working from a script he co-wrote with Danny McBride and Scott Teems — reaches too far. Meditations on the killer’s psychology and motivations fall flat, as they always have. Some ties to the first film are intriguing, while others feel like visits to a horror convention.

Still: This is “Halloween.” How much does it matter?

Other than the first film, which is a small masterpiece, the series has never been about narrative depth or complexity; some installments work better than others, but we’re pretty much just here to see Michael Myers slowly stalk and kill whoever gets in his way. He does so with gusto in this latest chapter; to be clear, it is an utter bloodbath, perhaps too extreme for more casual audiences.

Anyone disappointed, though, was likely looking for more than the series was ready to provide. No, “Halloween Kills” is not as strong an effort as its predecessor, and nowhere near as good as the original. Yet it does what it came to do: Line up the victims and dispatch them in terrifying fashion.

Want more than that? You’re looking in the wrong place.

“Halloween Kills” is now playing in theaters and streaming on Peacock.