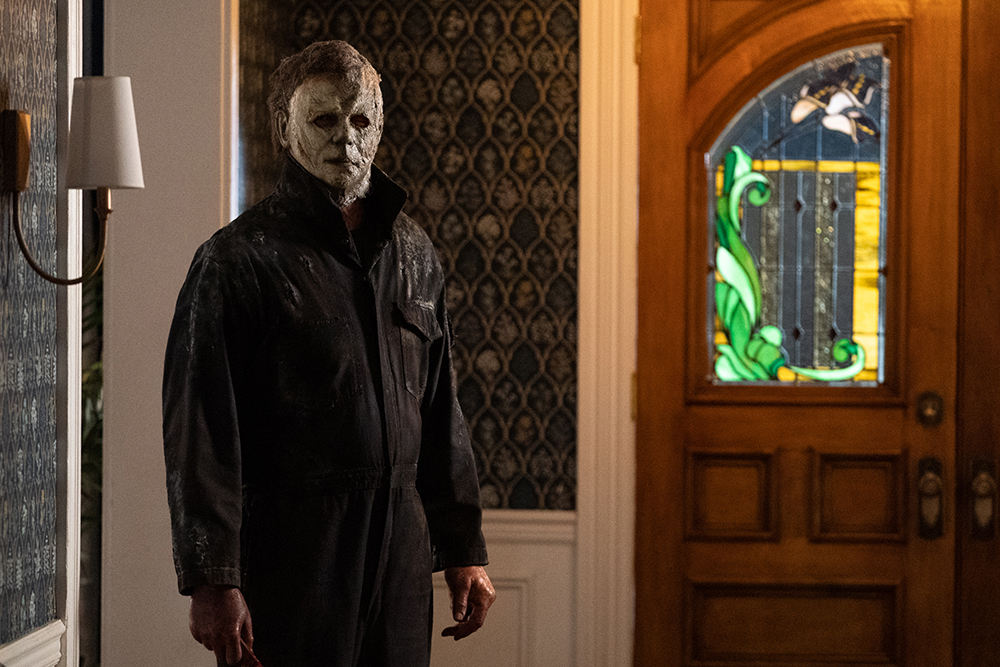 It’s a movie about distrust, tribalism, anger, violence and hopelessness — in short, a surprisingly apt reflection of life in post-pandemic America.

“Halloween Ends” is a sad, thoughtful and patient finale to the long history of Laurie Strode and her Boogeyman, as Jamie Lee Curtis has said that — for real this time — this is her last face-off with Myers.The film is surprising; while 2021’s “Halloween Kills” was pure, ham-fisted mayhem, director David Gordon Green has opted to close his trilogy with a movie less about a final showdown and more about how trauma poisons a community.

Like “Kills,” this chapter has its flaws — and I’m sure it’ll have its detractors. I, however, found something new in this dusty old franchise. God help me, I even found myself thinking.

Thinking, for example, about how the survivors in Haddonfield are retreating into coping mechanisms that’ll look awfully familiar to anyone who made it through 2020. Laurie has pivoted to therapy, sobriety and self-help; she’s trying to write a book about her encounters with Myers, aiming to spin her pain into poignance. Her granddaughter, Allyson (Andi Matichak), has opted to become one of the helpers, working as a nurse at the same hospital where Myers went on a rampage four years prior. Even Lindsay (Kyle Richards), Laurie’s babysitting ward from four decades prior, is struggling, choosing to turn to pop spirituality (the tarot variety) for solace.

Meanwhile, Haddonfield is falling apart. No one trusts anyone, aggression is at a high, crime is rampant and — oh yeah — people are more than worried about the fact that they once again couldn’t finish Myers off.

The main character of “Halloween Ends,” in most respects, is a broken child of that town — a young adult who makes a terrible mistake in a pre-credit sequence. I’ll leave the rest to the viewer; suffice to say Myers will not be Haddonfield’s only problem — or Laurie’s.

There are flaws to the script; four writers, including Green, are credited, and they seem to have all thrown some ingredients into the pot. Laurie’s departure from the prior film is so complete that it feels like a cheat, and the rules around Myers’ undeniably supernatural powers are unclear at best.

Flawed though it may be, however, “Halloween Ends” is a fascinating and engaging chapter in this saga. Until we find out what new shape Myers will take from here, it’s also a fitting send-off — especially if, this time, Curtis is really done.

I mean, that’s what she said in the ’80s. And the ’90s. Come to think of it, the only thing more resilient than Myers is the franchise itself.

“Halloween Ends” is now playing in theaters and streaming on Peacock.