The second “Pinocchio” adaptation of the year is a dark fantasy — as well as a brilliant work of stop-motion animation — from Guillermo del Toro. 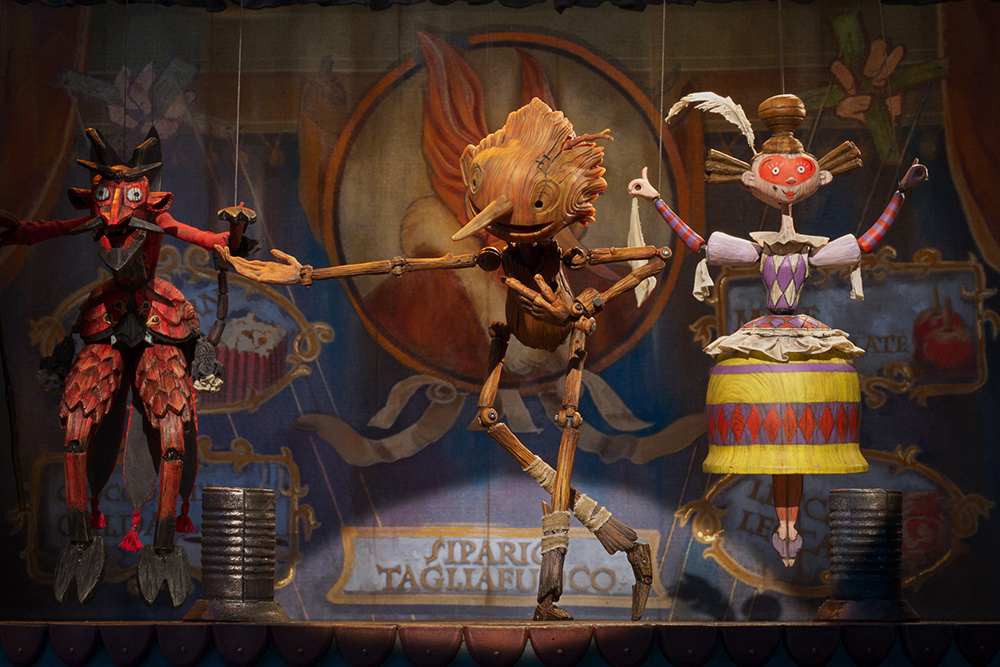 Even in its most sanitized tellings — such as the one that appeared only a few months ago — the tale of “Pinocchio” is a haunting one. A ghostly apparition gives life to dead matter. Children transform into beasts of burden. A massive whale devours most of the characters.

And now Guillermo del Toro, who finds the dark and deformed underbelly of every story he encounters, has his hands on the tale. Surprisingly, he didn’t use the turning-into-goats business.

He replaced it with murder, war, monsters and a timeless god toying with Pinocchio’s eternal fate.

Obviously, I liked it quite a bit.

In “Guillermo del Toro’s Pinocchio,” there’s no Disney sheen to be found — in fact, it’s mostly a movie about life and diversity under fascism. (Don’t ask me whether or not your kids can handle this PG-rated version; I truly have no idea.) After Geppetto (David Bradley) loses his son, Carlo, in a World War II bombing raid, he turns to alcohol; one night, in a drunken stupor, he chops down a beloved tree and turns it into a crude and awkward golem.

Pinocchio (Gregory Mann) is given life, much to the surprise of Sebastian J. Cricket (Ewan McGregor), who has taken up residence in the boy’s wooden torso. Far from the toe-tapping joy we saw from Tom Hanks earlier this year, Gepetto is initially terrified by the creature — and the townsfolk treat him more like Frankenstein than a real boy.

There are moments of joy, whimsy and heart in the rambunctious boy’s journey, mostly coming from the animation; it’s a painstaking, and masterful, work of stop motion. On the page, though, this is a dark fairy tale indeed. The subject matter is no less than how best to spend one’s life and how to consider death.

And there are many, many deaths. A few are Pinocchio’s — through a loophole in time and space, he can’t actually die permanently, a fact explained by an imposing sphinx (Tilda Swinton) — and more involve the ravages of war, as our hero is briefly conscripted into service.

If you’re surprised by any of this … well, so was I. But knowing del Toro (who co-directs, with Mark Gustafson, and co-writes, with Patrick McHale), I suppose I shouldn’t have been.

Don’t let all the madness and mystery deter you. Unlike many of the pure-misery slogs common in theaters around this time of the year, “Pinocchio” may be dark, but it’s hardly dispiriting. It’s an ultimately affirming, if constantly emotional, story of love. It just walks a very bizarre path.

“Guillermo del Toro’s Pinocchio” is playing in select theaters and streaming on Netflix.