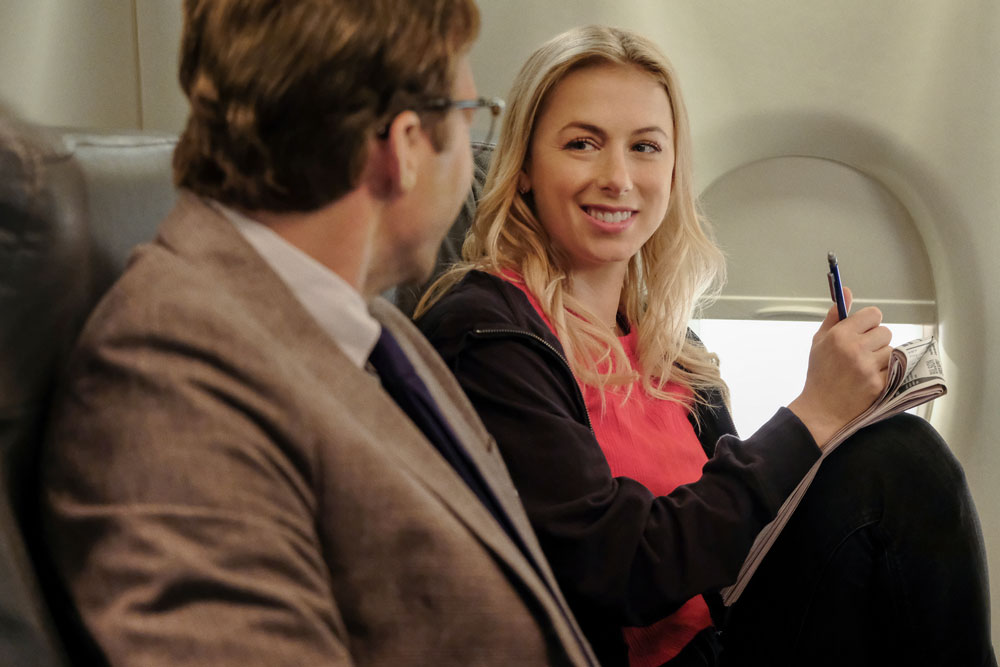 In her first feature as a screenwriter, the actress and comedian Iliza Shlesinger doesn’t stray far from her stand-up persona. The name of her character is different — here, she’s Andrea Singer — and the fictional version isn’t quite as successful as Iliza herself. But she’s still a comedian, and when we see Singer on stage, the line blurs.

That blending, which also occurs during ample voice-over narration, is smart. Shlesinger’s fans are rabid, and they were going to want her unfettered voice in what is essentially her debut feature as a lead. (If you want a different look from Shlesinger, try “Spenser Confidential.” If you want a much different look, try “Pieces of a Woman.”) As a part of the star’s career evolution, “Good on Paper” is an excellent step.

Fortunately, it’s a pretty good movie on its own merits. After a frustrating audition, Singer has an airport meet-cute with Dennis (Ryan Hansen), a kind-if-doofy hedge-fund manager. The two become friends, not lovers; in spite of Dennis’ impressive resume, she’s just not that into him.

He wears her down over time, in spite of the protestations of her friends — Margot (Margaret Cho), Singer’s BFF, is convinced that Dennis isn’t all he’s cracked up to be.

Things unravel, as you might suspect. While it’s not necessarily a shocking arc — and Singer’s blind faith in her friend-turned-beau strains credulity — the ending is both a twist and, in many ways, refreshing for any romcom-adjacent genre. (There’s no forced redemption coming, I’ll tell you that much.)

Shlesinger is a fascinating performer, in that she is effortlessly charming and interesting — qualities that have helped propel her in stand-up and given her a significant head start as she grows as an actress. She may not yet be fully charged, but she has plenty of excellent moments in “Good on Paper.” Many of those come as she shares scenes with Cho; the two talented comedians match one another’s energy and attitude in an entertaining, playful way.

To draw an obvious comparison, “Good on Paper” reminded me — positively — of “Seinfeld,” watching a comic make an easy and entertaining transition to a related medium. Shlesinger is farther along in that process than Jerry was when his show began, and I wouldn’t be surprised if the end result is equally rich. She’s got all the tools.

“Good on Paper” is now streaming on Netflix.