There are laughs in Ryan Reynolds' video-game comedy, but not enough to overcome a worn-out story. 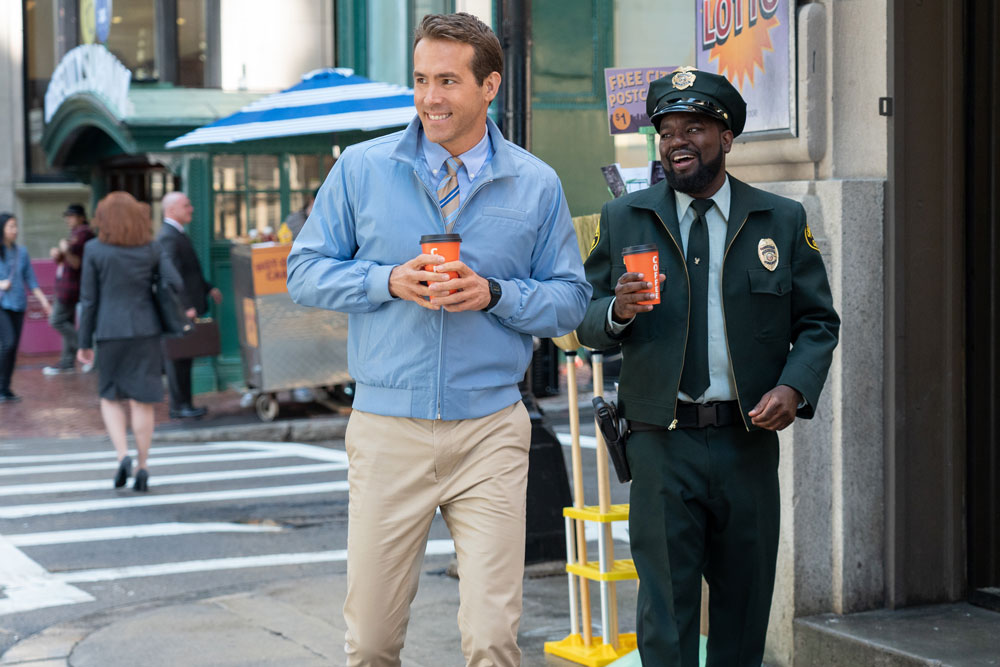 The central conflict of “Free Guy,” a film that plays out in and around a virtual world, involves stolen code. The good guys think the bad guy has hijacked their creation and used it recklessly and set out to prove that a vast digital world is their intellectual property.

It’s perversely ironic, then, that “Free Guy” itself is stitched together from the DNA of a half-dozen other films.

The obvious points of reference are “Wreck-It Ralph” and “Ready Player One,” the two most successful films about life inside a game’s reality. But the misappropriation doesn’t stop there; much of the setup is lifted directly from “The LEGO Movie,” with main character Guy’s introduction containing direct repeats of LEGO avatar Emmett’s daily routine. Later, an extended sequence is pulled wholesale from “They Live.”

It takes some chutzpah to criticize purloined intellectual property in a script that itself is constantly stealing the code from existing movies.

Unoriginality is nothing new at the multiplex, but “Free Guy” probably doesn’t do enough to overcome it. The film, from “Night at the Museum” creator Shawn Levy, concerns the self-awareness of Guy (Ryan Reynolds), who exists as a non-player character inside the fictional multiplayer game “Free City.” Guy is content with a life as a digital bank teller, endlessly robbed and pummeled by the avatars of real-world players, until the sight of a fetching female character awakens a change within him.

His fellow side characters — including his pre-programmed best friend, Buddy (Lil Rel Howery) — can’t process the new emotions Guy is describing, even as he pursues this mysterious maiden across the map. Meanwhile, up in the non-simulated world, the game’s creators (Joe Keery and Jodie Comer) realize that they’ve done the impossible with Guy: Invent an artificial intelligence that is slowly becoming aware of itself and its existence and thus can be considered vaguely alive.

It gets more labored from there, with a few obvious twists and a sneering real-world villain (played by Taika Waititi, whose gleeful evil is one of the film’s strong points). Ultimately, though, we’re building toward the goal of every action-adventure flick in recent memory: Guy has to complete a vague quest to save his world.

Reynolds’ schtick is old hat at this point — he just trotted it two months ago, in “The Hitman’s Wife’s Bodyguard” — and the cliched plot is too threadbare to cover space between jokes. (The romantic angle that arises is particularly groan-worthy, making the maligned love story in “Ready Player One” look nuanced in comparison.)

“Free Guy” is occasionally funny, and video-game devotees will likely derive more laughs than general audiences at some of the bits. Even those joys, however, are often operating in the background, while another reheated story beat takes precedence. It’s formulaic enough to march along, but it leaves a lot of potential on the table.