The epic adaptation of the beloved sci-fi series is dazzling enough to overcome some narrative shortcomings. 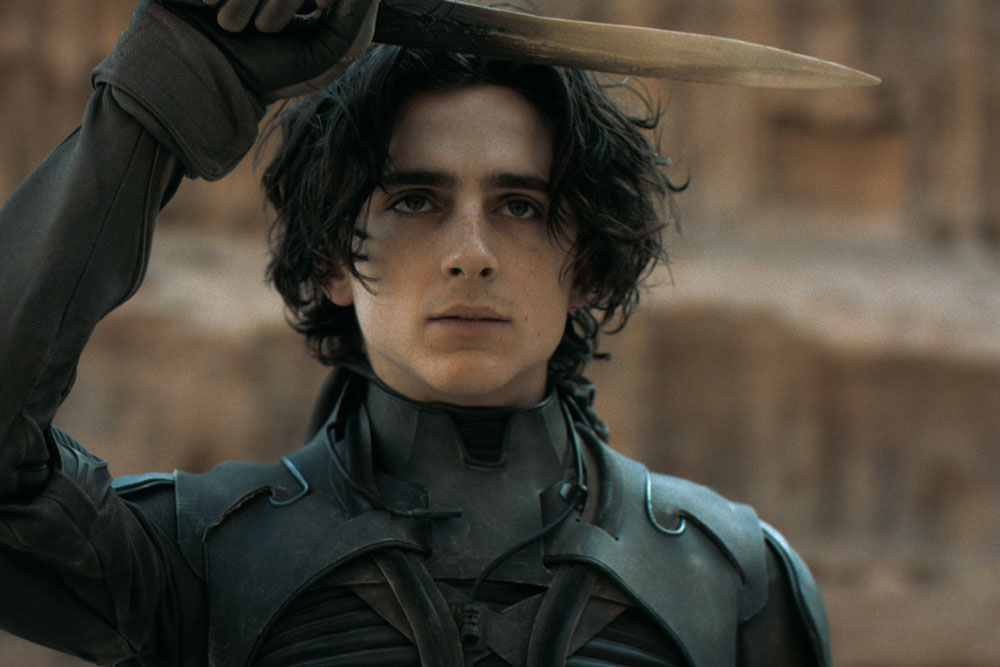 If evaluating a film were as simple as judging the quality of its images and sounds, “Dune” would be close to an all-time classic.

Wander into a theater in the middle of a “Dune” screening and you will assuredly be struck by the drama and grandeur of whatever is on display. The majestic cinematography by Greig Fraser, thundering Hans Zimmer score and arresting production design by Patrice Vermette are dazzling.

Denis Villeneuve’s adaptation of the Frank Herbert novel — restarting after the famously troubled 1984 film by David Lynch — is clearly intended, first and foremost, to impress with its cinematic power. Clearly, Villeneuve and his team hoped to overwhelm the audience with the scope and power of “Dune.”

That’s obvious because they didn’t put nearly as much effort into the storytelling. If evaluating a film is a matter of judging its storytelling acumen, “Dune” is not quite so successful.

For starters, the marketing has somehow managed to avoid the on-screen title of this film. When the opening credits roll, we are not introduced to “Dune.” We are introduced to “Dune — Part One.” In no way is this film a complete story, despite its 155-minute running time. This is an act of elaborate and detailed setup; while the prototypical hero’s journey of Paul Atreides (Timothee Chalamet) is underway, he doesn’t take too many steps in this feature.

The young heir to House Atreides is thrust into an interplanetary political struggle; the emperor, unseen here, wrests control of the resource-rich planet Arrakis from sinister House Harkonnen, handing it instead to Paul’s father, the grizzled and fair-minded Duke Leto Atreides (Oscar Isaac). The family — including Paul’s mystic-minded mother, Lady Jessica (Rebecca Ferguson) — and their considerable retinue head for Arrakis, hoping to forge a truce with the Fremen, the planet’s indigenous population.

Paul, however, keeps having visions — including a lot of bloodshed for House Atreides, as well as a mysterious young woman native to Arrakis (Zendaya). The family’s fate will turn sharply, as the maniacal Baron of spurned House Harkonnen (Stellan Skarsgård) plots an attack.

So, yes — that’s all scene-setting. We are introduced, in some detail, to the circumstances and political situation; an inciting incident leads to the conflict. Less time is spent on developing the characters. Maybe that’ll come in “Dune — Part Two.”

If this seems like a rejection of the effort, it is not; at least in the theater, where the full power of these sounds and pictures can be appreciated, “Dune” is magnificent. A great many science fiction and action films assume that the impact of their craft can overcome narrative shortcomings; “Dune” is the rare case where that is absolutely true.

How much we know about Paul, how intriguing the machinations of the plot, how far the story moves — these are almost incidental factors. The film is endlessly artful and unforgettable. Was it a perfect, indelible effort? No. Would I see it again today? Yes.

“Dune” is now playing in theaters and on HBO Max.