This critically beloved Oscar contender is as smart as it is haunting. 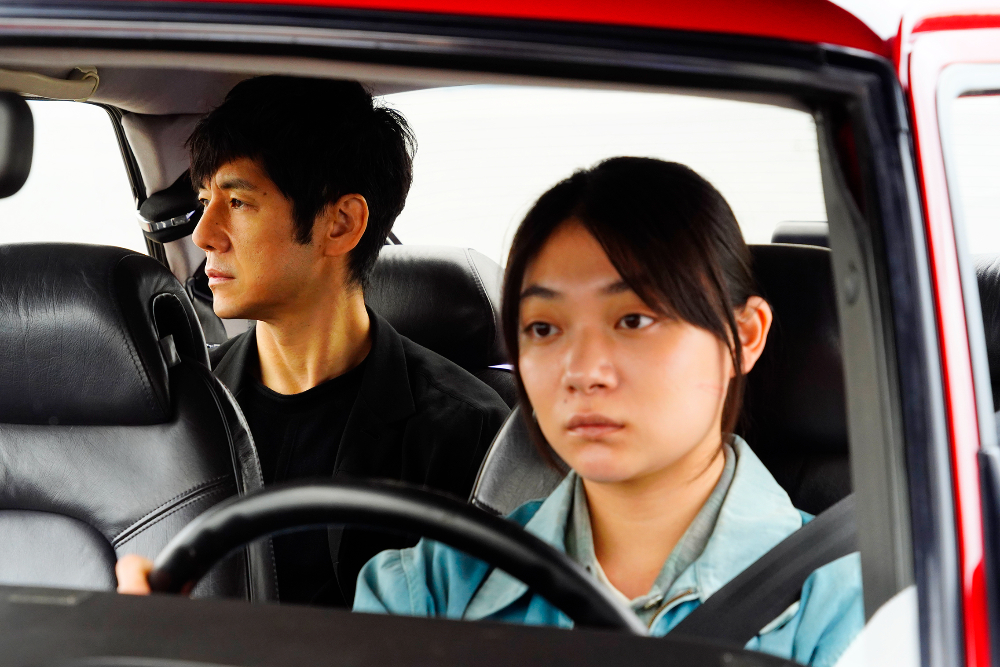 I mean that twice over; it is both smartly made and strikingly erudite. Director and co-screenwriter (with Takamasa Oe) Ryusuke Hamaguchi has crafted a film so careful and deliberate that every gesture seems deliberate; in a picture that runs 179 minutes, I was sure that split-second turns of the head were rife with meaning and purpose.

None of it — even the languorous pace — feels indulgent. It does, however, feel deliberately demanding. Some familiarity with the work of Haruki Murakami, who wrote the source material, is expected; a working knowledge of Chekhov’s “Uncle Vanya,” most of which is performed over the course of the film, is assumed.

It’s only for certain audiences, in other words. But those audiences will be richly rewarded.

The protagonist, Yūsuke Kafuku (the masterful Hidetoshi Nishijima), responds — honestly yet poorly — to a series of slings and arrows. He catches his beloved wife, Oto (Reika Kirishima), sleeping with a young actor (Masaki Okada), then gets in a car crash which imperils his vision. He does not confront his wife; when it seems like she’s ready to clear the air herself, she suddenly dies of a hemorrhage.

That’s all in the 40 minutes that pass before the opening credits.

Years later, Kafuku — a theater director and actor — has taken a residency in Hiroshima, directing an ambitious production of “Uncle Vanya.” An equally troubled young woman (Tōko Miura) is assigned to drive him around; during these long journeys, he listens to tapes his late wife recorded to help him learn the text of the play.

Much of “Drive My Car” concerns abilities and options that are cut off. Kafuku’s vision is threatened, a result of his car crash; he deliberately denies his cast the ability to freely emote; the reckoning between Kafuku and Oto is denied by her sudden death. (“When you get home tonight,” she asks, “can we talk?” He finds her dead that evening.)

It’s a somber, contemplative film with an uncanny rhythm. Long stretches will lull you into a calm daze; then, a confrontation or conversation will explode, bringing you to the edge of your seat. There’s a strange alchemy to what Hamaguchi has created; I’m not sure I, nor the critics showering “Drive My Car” with plaudits, can precisely define what is so powerful in this film. Yet that power is undeniable.

“Drive My Car” opens Friday at the Harris Theater.