A lovely, well-made new chapter in the franchise makes for a pleasant night at the movies. 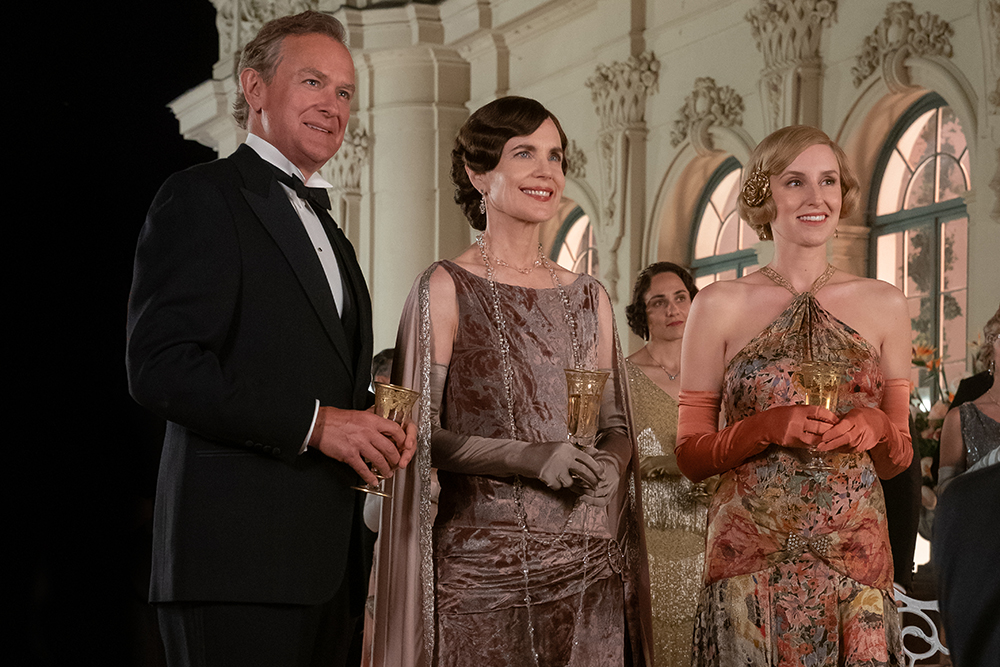 What better antidote to this cinematic moment, when levity is in short supply, than “Downton Abbey,” a fantasy of manners and dry wit? At every multiplex, one superhero or another holds that fate of the world in their hands every six weeks or so. It’s downright delightful, then, to watch a movie where the most dire possible outcome is someone being quietly offended.

Also, it’s all very pretty. Sometimes, you just want to look at something pretty.

This chapter in the British franchise, subtitled “A New Era,” takes place in 1928, as bare hints of modernity are creeping into the staid manor. There are two potential shocks to the system afoot: In what qualifies as a downright scandal, Violet Crawley (Maggie Smith) has inherited a villa in the French Riviera from a man who may or may not be a long-lost lover; meanwhile, in need of funds to repair and maintain Downton, Cora Crawley (Elizabeth McGovern) has reluctantly agreed to let a film crew into the property.

The former plot drives the action, as a party of Crawleys and associates heads for France to investigate the inheritance; inasmuch as there is suspense to the film, it concerns the impending revelation of Violet’s secrets (a matter of no small importance to her son, Robert, who finds reason to question his parentage). The arrival of film stars is mostly the secondary plot and the comic relief, as the intrusion outrages the more staid members of the house and provides a series of thrills for the staff.

What is there to criticize? The story moves, the dialogue (from series creator Julian Fellowes) crackles and the performers charm. It’s all beautifully shot (veteran Andrew Dunn is the cinematographer), better allowing the audience to imagine themselves as minor nobility in an impossibly lush, bygone setting — and the infusion of even more splendor in the south of France only enhances the fantasy.

A killjoy would make some point about the indulgence of nobility, the inherent inequity on display or the lasting negative consequences of this particular brand of wealth fetishization, but I’m not (always) a killjoy. Criticizing the economics of “Downton Abbey” is as preposterous as blasting “Mortal Kombat” for focusing on the fights. It’s escapism in its most pure form — a mental bath offering a release valve for a very weary world.

And — to restate the important point — it’s very, very pleasant.

“Downton Abbey: A New Era” opens in theaters on Friday, May 20.