Beyond the tabloid headlines its stars generated, "Deep Water" is an intriguing (even confounding) thriller. 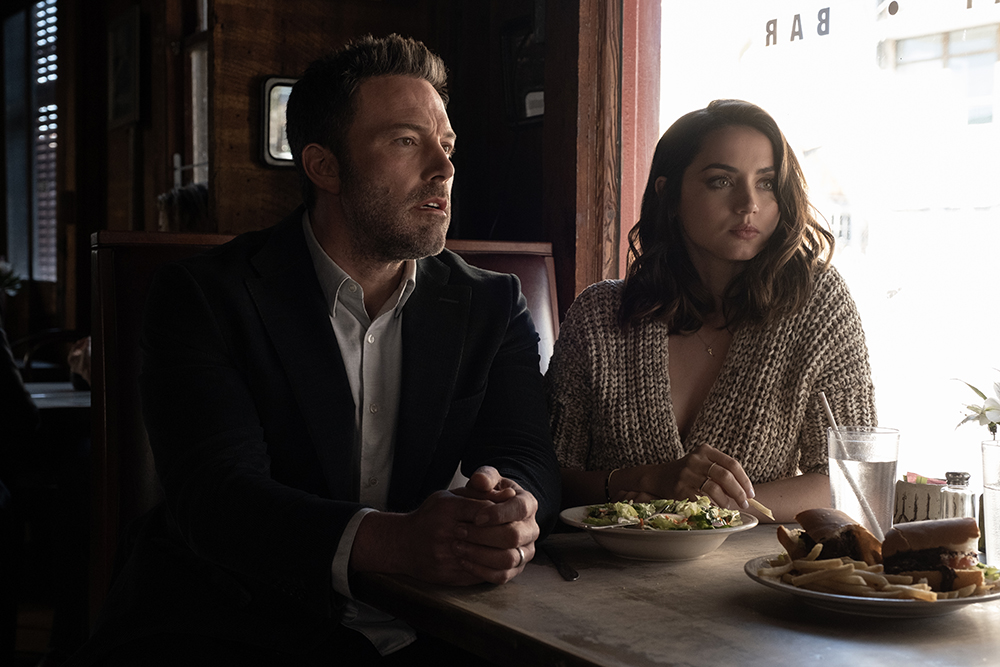 With a defiantly obtuse story, “Deep Water” attempts tension without stakes, urgency without drive and mystery without unknowns.

In this mission, it is at best moderately successful. But it’s also a movie that seems not to care what you think of it.

This is doubly true if you’re here to rubberneck at a bit of celebrity gossip. “Deep Water” stars Ben Affleck and Ana de Armas as feuding lovers — a plotline rendered curious by the now-defunct relationship between the actors. You’d be forgiven for thinking that “Deep Water” broke the two celebs up; the disdain their characters hold for one another seems awfully genuine. Alas, that tidy art-imitates-life reading doesn’t hold water (deep or otherwise), as the Affleck-de Armas relationship actually began on this film; “Deep Water” was the genesis, not the last straw. (The movie has been on the shelf for a very long time.)

If you’re just here to read behind the tabloid headlines, then, “Deep Water” will confound you — just as it will if you try to wrap your mind around its curious story.

Vic (Affleck) and Melinda Van Allen (de Armas) make a handsome pair, but their friends are worried; she’s a free-spirited, free-love type, shameless about flirting and more in full view of her husband. (Before you ask: No, they don’t have an open relationship or other arrangement, mostly because the source material is a Patricia Highsmith novel from 1957.) Her near-nymphomania adds some spice to the couple’s bedroom, but Vic can’t hide his disdain for Joel (Brendan Miller), his wife’s latest plaything.

When Arthur lays his cards on the table, Vic threatens him, implying that he’s extracted a heavy toll on Melinda’s previous flames. Word of Vic’s threats spreads through their close-knit group of friends; one new face (Tracy Letts) seems to truly believe Vic could be hiding a violent streak. The fact that Vic is a retired millionaire who got rich developing deadly drone technology for the military — a subplot that doesn’t quite gel — further raises the heat on the jealous husband.

If you think you know where the story is going, you don’t; in fact, it’ll be very difficult to determine whose side the movie wants you to be on in the whole affair. (Truthfully, I still haven’t made up my mind.) This is not a mistaken-identity thriller, nor a whose-story-is-true mystery; instead, it’s a cold, calculated study of a bizarre situation.

Narratively, that’ll either work for you or it won’t. Visually, at least, “Deep Water” has plenty to offer, thanks to the sharp eye of veteran director Adrian Lyne. The “Flashdance” and “Fatal Attraction” helmer has a knack for sexually charged, low-light whatsits of this nature — and he hasn’t directed a feature in 20 years, so he seems ready to get back in the sandbox and play.