Movie Review: Death on the Nile

Whodunit? You'll have to hang around to find out, but the journey isn't half bad in Kenneth Branagh's murder mystery. 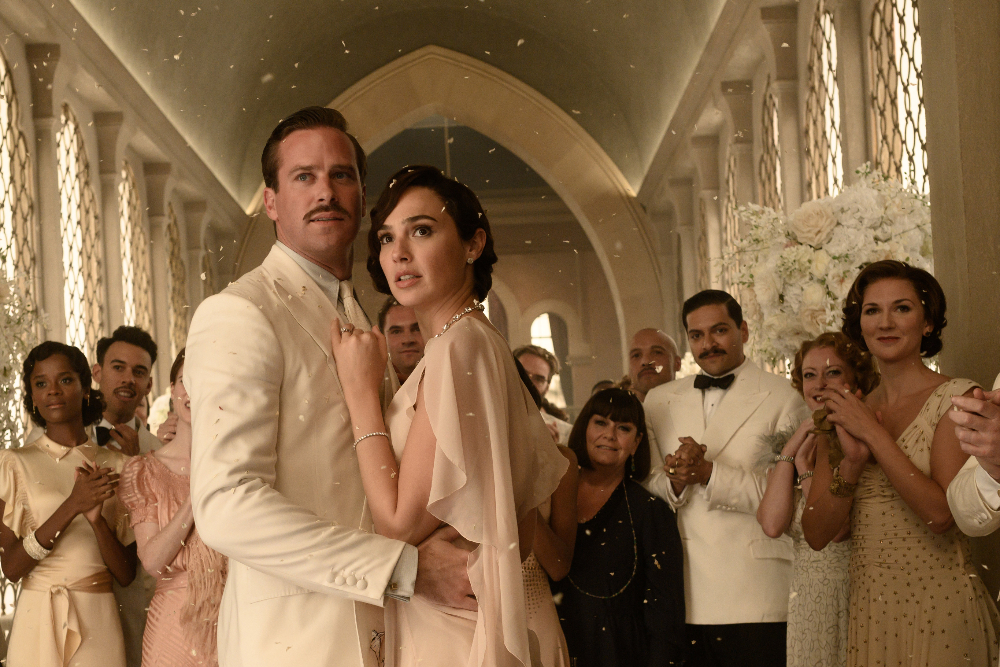 It’s best, I think, to approach “Death on the Nile” not as if you are going to the movies, but rather as if you are curling up with a page-turning novel.

That’s the source material, of course: Agatha Christie’s 1937 whodunit, a well-received and popular murder mystery starring her frequent protagonist Hercule Poirot. “Death on the Nile” is the second adaptation of a Christie book directed by Kenneth Branagh, who also stars as Poirot; he has a clear affection for the author’s work.

He also seems to like the act of reading them. At one point, Poirot himself settles into a riverboat easy chair, novel in hand — it’s Dickens, but close enough — and a lovely snack at his side. The director is trying to draw out that feeling in the moviegoing audience, and he’s structured his film to match.

That means a slow, novelistic pace for this drama. The first half of “Death on the Nile” — a full hour — merely sets the scene and introduces the players. At the center of the affair: the newly married Linnet (Gal Godot) and Simon Doyle (Armie Hammer), whose nuptials have drawn a varied crowd to Egypt. Among their guests are spurned lovers on both sides — Jacqueline (Emma Mackey), Simon’s ex-lover and Linnet’s ex-friend, as well as Linus (Russell Brand), a sad-sack devotee of the bride — plus a half-dozen professional associates and disapproving elders (Annette Bening and Sophie Okonedo are standouts).

Identifying who will be surreptitiously murdered is hardly a mystery, though I suppose I’ll leave it unspoiled here. After the long setup of the first hour, the second escalates until you’re eager for the solution — revealed, naturally, in a dramatic speech by an admittedly overdramatic Poirot.

Branagh is successful in making it feel like a good, long read. It moves the way he wants it to, from the idle inspection of the early scenes to the rising action toward the end; the pages turn as intended. Now, is that a good structure for a film? No, not really. Reading a novel and watching a film are very different experiences; what reads as a deliberate, intriguing slow burn can look like not much happening for a full hour.

It’s not a fatal flaw, however, as long as the audience is willing to commit. (This one’s certainly more suited for in-theater viewing.) The cast is game, the scenes are lush and the intrigue — whenever it gets around to showing up — is real. Like most of Branagh’s projects, this one is more than a bit odd — but I’ll take odd and sometimes awkward over dull and direct any day.

“Death on the Nile” is now playing in theaters.