The international hit about a rough train journey makes its Pittsburgh debut at the Harris Theater. 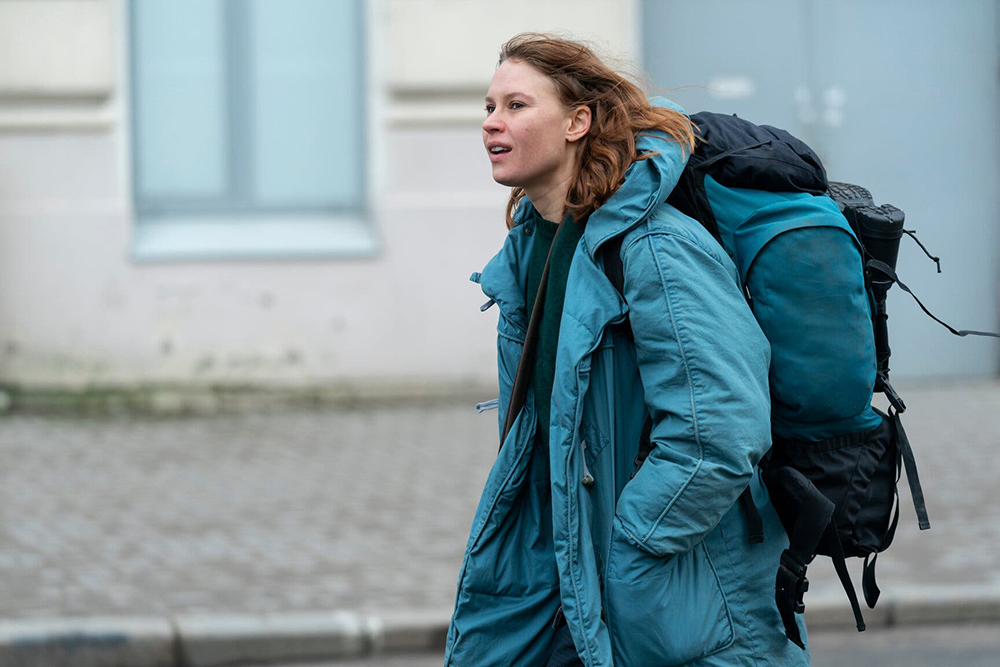 The only outwardly, unabashedly kind character in “Compartment No. 6” turns out to be a petty thief. If someone is being nice, the movie seems to suggest, they’re probably working an angle.

That’s the worldview of the film, a co-winner of the Grand Prix at Cannes — distrustful, cynical, perhaps even misanthropic. But it’s not a movie that exists only to show man’s inhumanity to man; quite the opposite, in fact. I think the aim of “Compartment No. 6” is to demonstrate that human connection (even joy, perhaps) can be found even in a fundamentally chaotic and challenging world.

“Compartment No. 6” follows Laura (Seidi Haarla), a rudderless 20-something from Finland, as she takes a long and incommodious train journey to visit a historic site in (very) northern Russia. She thought she’d be accompanied by her girlfriend (Dinara Drukarova), an outgoing Moscow professor; she ends up going alone, saddled in a tight train car with Lyokha (Yuri Borisov), a boorish young lout.

The film is a criticism — really, almost a demolition — of the romantic notion of train travel common in western cinema. The space is cramped, intimidating and dangerous. Fellow passengers are nuisances at best. The dining car is closing, the tea is bad, the stopovers are interminable. This is a far cry from “Some Like it Hot.” (It doesn’t even seem as appealing as “Murder on the Orient Express.”)

Laura and Lyokha are treated more like prisoners than guests by their world-weary porter, who quickly checks their papers then barks instructions: “Don’t spit on the floor, don’t litter in the bathroom.” In these rolling extremes, though, the pair slowly learn to tolerate and appreciate one another — even if Lyokha remains steadfastly uncouth, and even if Laura never really explains why she’s trekking above the arctic circle.

There’s an odd note to engaging so fully in everyday, unfettered Russian life at this particular moment in history. While the film is an international co-production — Finland, Estonia, Germany and Russia are involved, and “Compartment No. 6” was Finland’s submission to the Academy Awards — it would never be mistaken for a pro-Russian narrative. (Even proudly Russian Lyokha chiefly describes his countrymen as “lazy.”)

But I didn’t find the experience of watching “Compartment No. 6” in light of current events to be at all grim. In fact, I found it to serve as a reflection of the vastness and interconnectedness of the world, particularly continental Europe and Asia. People drift from place to place, in and out of trains and lives, unable to avoid impacting and influencing one another. As flawed as those people are — and, in this movie, they are certainly flawed — humanity shoves through.

“Compartment No. 6” opens Friday at the Harris Theater.