Filmed in Pittsburgh, this Sundance hit is a funny, touching look at the complications of grown-up relationships. 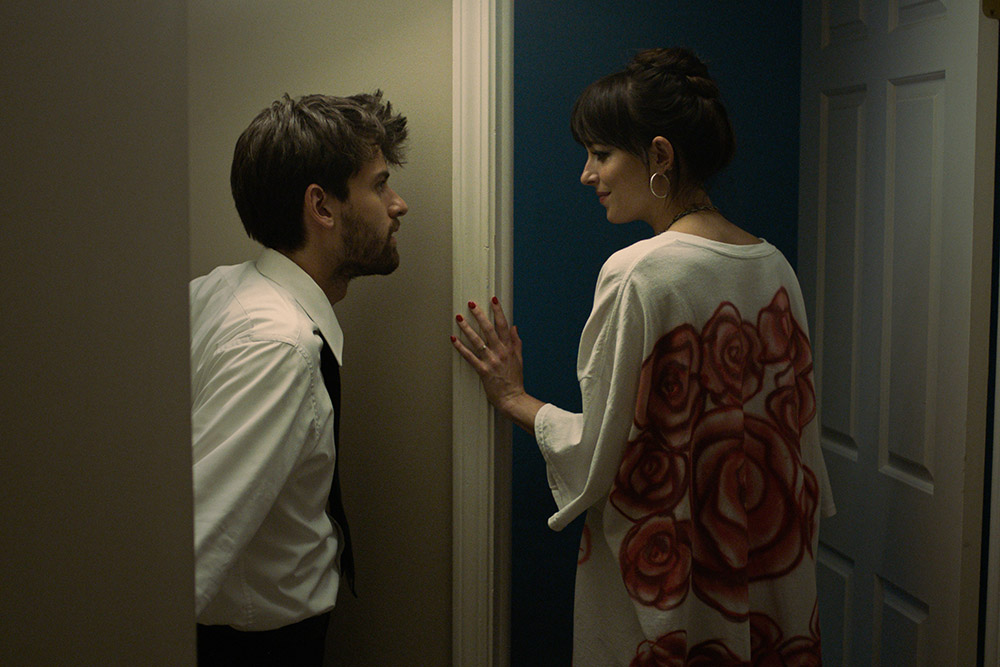 If nothing else, it’s certainly the greatest movie ever made primarily inside The Galleria at Pittsburgh Mills.

“Cha Cha Real Smooth,” a winning comedy from writer/director Cooper Raiff, was made locally — but mostly at the suburban mall, where empty storefronts were converted to shoot several scenes of bar and bat mitzvahs, among other sequences. (You can still see the remains of one set, a makeover on a former food-court stall, today.)

While the film isn’t set in Pittsburgh, it shares some DNA with “Adventureland,” another locally made post-collegiate comedy. Both films star a smart if rudderless young man who finds himself back at home after school — with absolutely no idea what to do next.

That young man is Andrew (Raiff), who is effortlessly charming and outgoing yet still something of a screw-up. For the moment, he’s sleeping on the floor of his younger brother’s (Evan Assante) bedroom while generally flattering his mother (Leslie Mann) and lightly mocking his stepfather (Brad Garrett). After accompanying his brother to a bar mitzvah, he decides to become a party host for the celebrations, owing to a natural party-starter attitude.

He also meets Domino (Dakota Johnson), the single mother of a teen (Vanessa Burghardt) grappling with bullying; the girl is autistic, but she bonds well with Andrew, leading to another side hustle as a de facto babysitter. Meanwhile, he’s falling for Domino, but neither seems to know what to do with their feelings (or lives).

While “Cha Cha Real Smooth” is too charming to be derailed, I wasn’t thrilled with Raiff serving as a triple-threat. His script is witty and likable, but his direction is passe; he favors the extreme close-ups and needless handheld camera shaking that was the indie style 10 years ago and has, thankfully, receded. On screen, he’s undoubtedly a magnetic presence — but there’s also something unpleasant about writing and directing a movie about a nice boy all the ladies love and then casting yourself as that character.

That discomfort is little more, however, than a slightly sour note on an otherwise satisfying meal. “Cha Cha Real Smooth” eschews neat endings or pithy explanations of how life is, instead choosing to depict the messiness and compromises of relationships as they are in the real world. Even in independent films, the happy ending is often a disheartening requirement; here, refreshing reality is allowed in.