The latest hyper-cool horror flick has clever humor and a number of promising young performers. 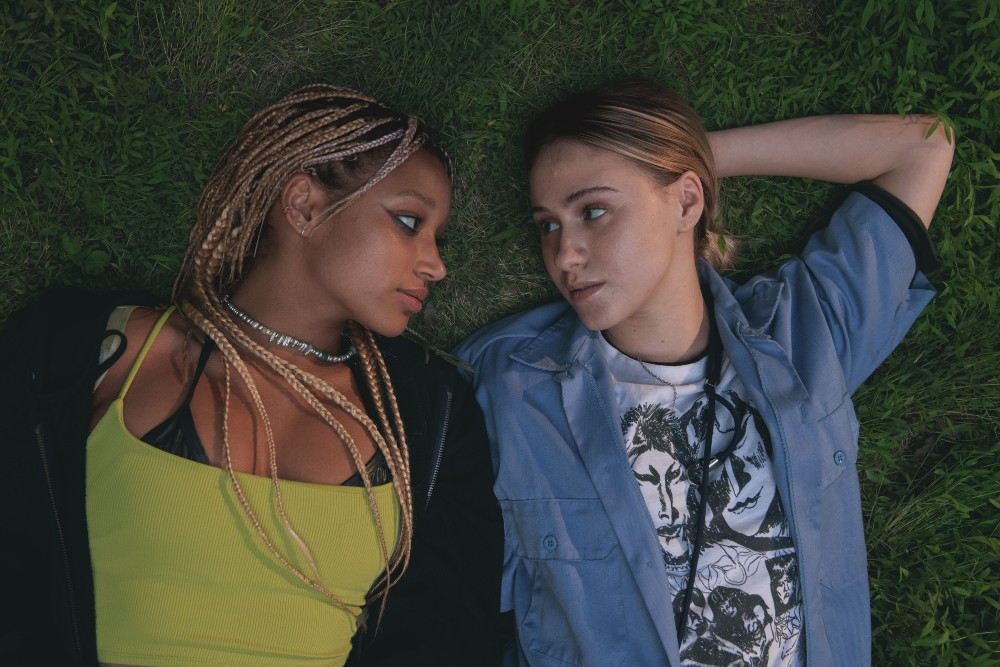 How do you accuse someone of being a killer without offending them?

That’s just one dilemma in “Bodies Bodies Bodies,” a slasher for the Gen-Z set that mines comedy out of right-minded mayhem. A group of college-aged partiers gathers at an impossibly ornate house in upstate New York; by night, a devastating storm hits, trapping the twentysomethings (and conveniently knocking out cell-phone service).

One of the revelers suggests a party game — they call it Bodies Bodies Bodies, but it’s similar to the game Werewolf — that involves a designated killer creeping around in the dark and finding victims. When a real throat is slashed, however, the game stops and the respectful accusations fly.

The cast is a who’s-who of people who should be very, very famous in about five years. Rachel Sennott, who shone in the underseen indie “Shiva Baby,” steals the show as a loving and energetic podcaster. Amandla Stenberg, who broke through in “The Hunger Games” before drawing raves for “The Hate U Give,” is the troubled eye of this social hurricane, by turns seductive and sinister. Pete Davidson, the closest thing to a true star in the film, deploys his easy charm with aplomb.

The breakout, however, is Maria Bakalova, the Bulgarian phenom who earned an Oscar nomination for her fearless, hilarious work in “Borat Subsequent Moviefilm.” Her character in “Bodies Bodies Bodies” is the precise opposite; a tentative, shy misfit, desperate to fit in yet unwilling to open up. Already, Bakalova has demonstrated remarkable range; she has a great career ahead of her.

“Bodies Bodies Bodies” is another in a string of memorable horror films from the increasingly powerful indie distributor A24. The spooky stuff is a specialty for the trendy company, which distributed the likes of “The Witch,” “Hereditary” and “Saint Maud” along with this year’s “X” and “Men.” A24 already has a Best Picture win for “Moonlight” and plenty of other accolades, yet 2022 may be their best year. “Everything Everywhere All at Once,” “Marcel the Shell with Shoes On,” “X,” “Men,” “Bodies Bodies Bodies” and more have proudly worn the A24 logo in the past few months.

It’s becoming a guarantee of quality: A movie, especially a scary one, with the A24 logo is going to work. “Bodies Bodies Bodies” certainly does.