Marvel returns from two years off with an entertaining flashback. 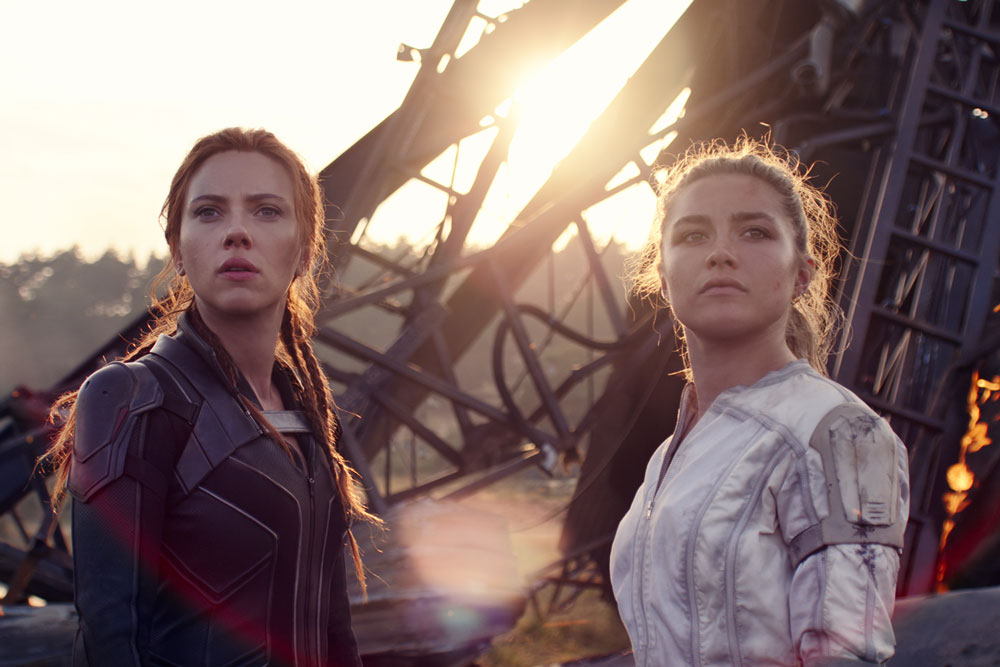 It has been more than two years since a feature film in the Marvel Cinematic Universe has premiered. On July 2, 2019, “Spider-Man: Far From Home,” a coda to the studio’s decade-dominating “Infinity Saga,” reminded audiences that Marvel’s great strength is fun, slick adventure (with a dash of emotional weight).

The megafranchise had planned a hiatus of about 10 months before they would move onto their next big-screen suite of superhero tales. Instead, the film that was to begin the journey was shelved for more than a year by the pandemic. The 24-month gap between “Far From Home” and the new “Black Widow” is the longest in the history of the franchise.

So “Black Widow” feels like unfinished business — and not only because of its long delay. This is the solo adventure that Scarlett Johansson’s semi-Soviet fighter, Natasha Romanoff, should’ve had years ago. While her compatriots on the core Avengers roster got two or three films apiece to flesh out their stories, Romanoff was too often just a complement to another tale.

Marvel might’ve corrected this oversight before Romanoff, and most of the other early Avengers, were written out — I guess I’ll dance around the spoiler, if somehow you’re still saving “Endgame” for later — of the series. Instead, the MCU has returned with an extended flashback, showing us glimpses of Romanoff’s origins amidst an adventure that takes place sometime during that “Civil War” mess that Captain America started a few years back.

The origin part of the tale: As children, Natasha and her adopted sister Yelena (Florence Pugh) were raised to be KGB assassins. Part of their nascent duties involved posing as the all-American children of a pair of undercover spies: Alexei Shostakov (David Harbour), sometimes known as Red Guardian, the Iron Curtain answer to Captain America; and Melina Vostokoff (Rachel Weisz), a fellow trained killer.

We watch the family get called back to mother Russia, fleeing past football games and amber waves of grain as Yelena listens to her favorite song, an ironically deployed “American Pie.” The homecoming means a life of brutal, emotionless instruction for the children and uncertainty for the adults. The film then jumps (way) ahead to find the family having gone their separate ways (international espionage, or the Avengers, or a gulag) with a new threat afoot.

The nature of that threat isn’t really a spoiler, but it’s beyond the scope; there’s no big twist coming here. A fairly standard maniacal Marvel baddie — with a fairly standard array of tormented underlings — has grown ambitious and evil enough to warrant a walloping from our heroes.

The action is good (a car-chase sequence outdoes “F9”), but we’re here for the family reunion. Harbour provides both comic relief and moments of genuinely stirring poignance. The breakout, unsurprisingly, is Pugh. The initial fight between the two sisters is more than worth the price of admission on its own; meanwhile, much of the story and even the performance itself feels like Johansson is handing the baton to Pugh. Anyone who has seen the younger star in “Midsommar” or “Little Women” knows that she’s up to the challenge.

Perhaps that’s why “Black Widow” stands in between Marvel’s first big phase and its next. Natasha and Yelena share the same code name, after all; Johansson may have departed, but there’s still a Black Widow ready for action. (To answer your question: Yes, there’s a post-credit scene, and it offers the expected glimpse of future adventures.) As Marvel expands and complicates its own canon — there are a few Disney+ shows you may have heard about — “Black Widow” is primarily a tale of transition.

Does that make for an ideal standalone film? Not quite. But it’s Marvel. You’ll be intensely entertained anyway.

“Black Widow” opens in theaters, and on Disney+ (for an additional fee), on Friday, July 9.