Even the power of The Rock can't keep DC's latest origin story from feeling like reheated Marvel. 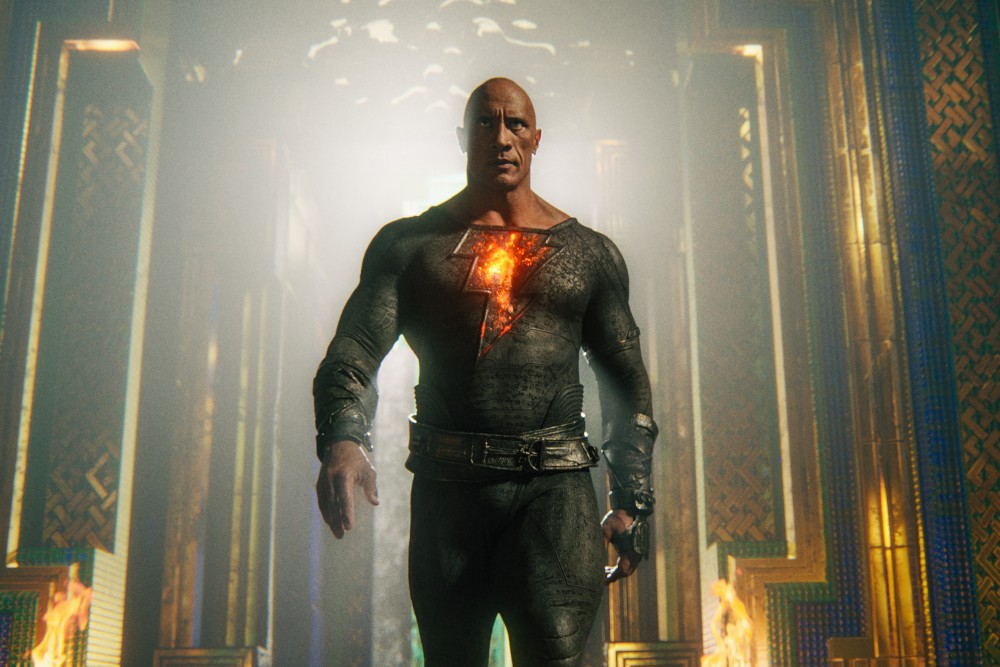 It’s a shame, in a way: DC has fallen so far behind Marvel that, even when it introduces new characters, they feel like Marvel retreads.

“Black Adam” adds plenty of newcomers to the beleaguered DC Extended Universe — and each feels like something we’ve seen before. The gargantuan Atom Smasher (Noah Centineo) uses the Ant-Man playbook; Doctor Fate (Pierce Brosnan) almost has the same name as Doctor Strange. Even the title character, hulking antihero Teth-Adam (Dwayne Johnson), borrows the arc from the first Thor caper — a fish-out-of-water brute, stoically smashing stuff, then reluctantly becoming a defender of Earth.

If you’re gonna rip off a Thor, by the way, they got memorable in the third film. DC can’t even steal properly.

All of these characters — as well as other new-to-the-screen arrivals, such as Hawkman (Aldis Hodge) and Cyclone (Quintessa Swindell) — are longstanding comic-book heroes, many of them predating Marvel’s versions. It hardly matters; to a moviegoing public that has been thoroughly saturated with cosmic collisions, we’ve seen it all before.

Adam is the magically gifted protector of a fictional nation, frozen in time for 5,000 years until a team of plunderers unearths a fancy crown. He immediately does some damage while protecting a passing child, raising the threat that he might be more anti- than hero. The Justice Society — I guess the Justice League rebranded at some point? — sends a B-team of superheroes to quell the threat.

There are back-and-forth machinations, a revealed villain and a few decent action sequences. Adam is effective when he’s got someone to throw around; Johnson is a natural, obviously, and the character’s lack of concern over the quantity of devastation he leaves in his wake makes for some fun sequences. (Not Deadpool fun, but passable.)

Whenever Adam becomes a brooding, conflicted presence — which is often — DC falls into its old traps. For all the bombast and heft of the studio’s more weighty take on the material (remember all that “Justice League” nonsense a few years ago?), the execution requires a graduate-level familiarity with the material to be anything less than boring. There’s a reason why standalone films such as “The Batman” and “Birds of Prey” turn out much better for DC; they don’t make us feel like we forgot to do our homework.