Filmmaker David O. Russell returns to the multiplex with a star-studded movie that's just kind of there. 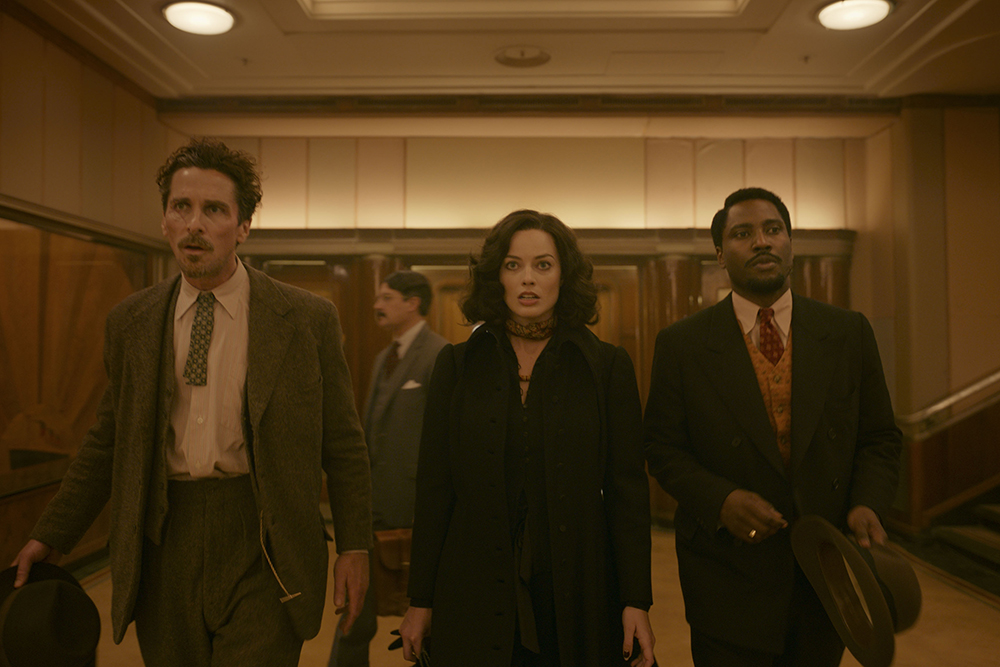 The idiosyncratic (and … let’s be gentle and say temperamental) director David O. Russell hasn’t made a film since 2015. That year, he capped off a run of critical and awards successes — “The Fighter,” “Silver Linings Playbook,” “American Hustle” — with “Joy,” an interesting but slight dramedy.

Was “Joy” an aberration or a sign that Russell was losing his touch?

Well, he didn’t make a movie for seven years, and then he made “Amsterdam.” So yes, he’s losing his touch.

That’s not to say that “Amsterdam” is a bad movie; rather, it is one of the most perfectly unremarkable, utterly average movies I can recall. Every merit is offset by a flaw; every asset is tempered by a shortcoming. Most elements of this curious project, though, can simply be described as there; it’s a film that exists for no clear reason other than to exist.

If it weren’t kind of a waste of time, it would be an interesting experiment: truly neutral filmmaking.

Russell loves a big cast and a historical setting, and he’s got both for “Amsterdam.” In between the World Wars, a ragtag group of survivors — doctor-turned-general Burt (Christian Bale), expat-nurse Valerie (Margot Robbie) and soldier-turned-lawyer Harold (John David Washington) — enjoy a few lovely months in the eponymous city before returning to their lives, and post-traumatic struggles, in America.

Burt and Harold receive a mysterious request: Their old squadron leader has turned up dead, and his daughter (Taylor Swift) suspects foul play. The lads immediately run afoul of a sinister organization — in the form of a glowering hitman (Timothy Olyphant) and a bunch of vague warnings — and will have to reconnect with Valerie, dally with intelligence officers (Mike Myers and Michael Shannon) and win the trust of a celebrity soldier (Robert De Niro) to solve the riddle.

You can’t say there’s not a lot going on in this film, from a cast of dozens (all familiar faces) to commentary about the fragility of modern democracy. Unfortunately, it’s all rather okay. The characters are never interesting enough to enchant; the story is never fascinating enough to enthrall. There are engaging sequences and a handful of laughs, but there’s also a pervading sense of obligation to the whole thing: A director making a movie because it’s about time he got around to it, a bunch of stars showing up because the money was good.

Seriously, though: A lot of famous people. I didn’t even mention Chris Rock, Anya Taylor-Joy, Rami Malek, Zoe Saldana, Andrea Riseborough … did they just throw everyone onto a bus coming out of an awards show? What happened, here?

“Amsterdam” is now playing in theaters.