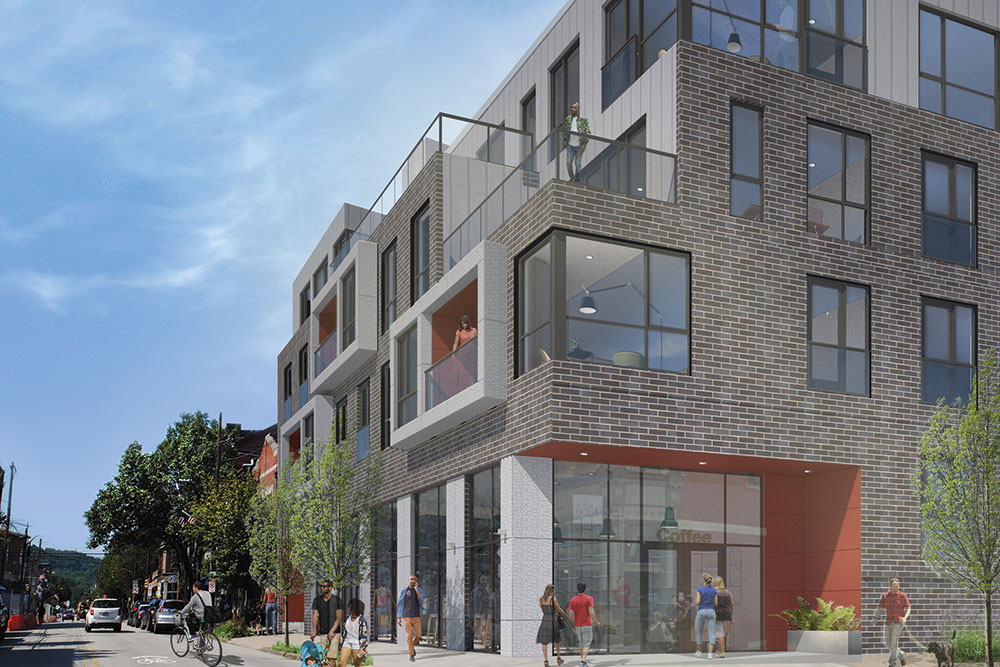 Emeka Onwugbenu. It’s a name that looks harder to pronounce that it actually is. The “g” is silent, but otherwise it is easy to sound out: On-woo-bay-nu. His first name is pronounced Eh-meh-ka, but you can call him “E” — as in E Properties and Development, the Lawrenceville-based company Emeka founded and that’s developing The Lawrenceville Lofts, the site of Pittsburgh Magazine’s sixth annual Ultimate House, opening this fall.

Butler Street is a long way from Nigeria, which Emeka left in 2002 at age 16 to study engineering at Penn State. After working to improve efficiencies on the manufacturing line at Medrad for six years, Emeka decided to take a risk on real estate development in Lawrenceville. 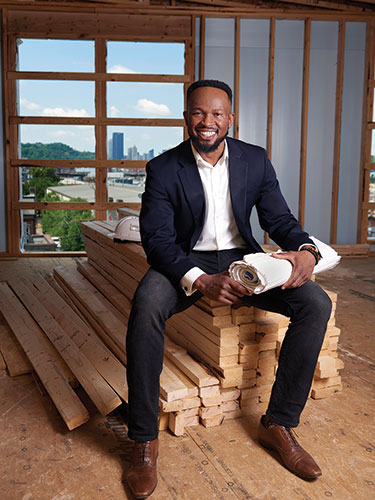 Today, Emeka is 35 and owns and manages about 200,000 square feet of commercial space and around 100 residential units.

“I believed so much in the Lawrenceville market. I decided, I’m going all in,” Emeka said. “If Lawrenceville didn’t take off, you would not be talking to me today.”

One of Emeka’s properties, located on the corner of Butler and 38th Street, is currently an active construction site that’s set to become a swanky new address later this year.

The Lawrenceville Lofts development is a 50,000-square-foot, six-story building with 24 luxury units and interior parking. Earlier this year, the project caught the attention of Pittsburgh Magazine.

“Each year, we seek out cutting-edge, high-end construction projects that represent the ‘ultimate in residential living at that moment in time,” said Betsy Benson, publisher of Pittsburgh Magazine.

Emeka’s project had several key ingredients the magazine looks for in an Ultimate House. Geographically, it was the only new residential construction project located in arguably the city’s hottest neighborhood, Lawrenceville, which has not yet played host to an Ultimate House.

“Emeka’s personal story was also a big attraction to us,” adds Benson. “Here’s this young immigrant who took a huge gamble on a neighborhood before almost anyone else saw its potential. We thought Pittsburghers would be as intrigued as we were.”

At the heart of Ultimate House is its inspiring charity component. Since 2015, Pittsburgh Magazine’s Ultimate House proceeds from the sale of tour tickets and sponsor donations has raised more than $330,000 for the Free Care Fund at UPMC Children’s Hospital of Pittsburgh.

Tours of the Ultimate House will take place over two weekends, Nov. 11-14 and Nov. 19-21. From January 14-23, Pittsburghers will have an opportunity to tour three fully furnished and stunning penthouse units in the heart of Lawrenceville. Get tickets here.

Why Is Our 6th Annual Ultimate House Delayed?