Meet the Man who Can Give Your Knives the Best Edge

Dan Thompson, founder of Atomic Celt Bladeworks, knows his way around a piece of steel. 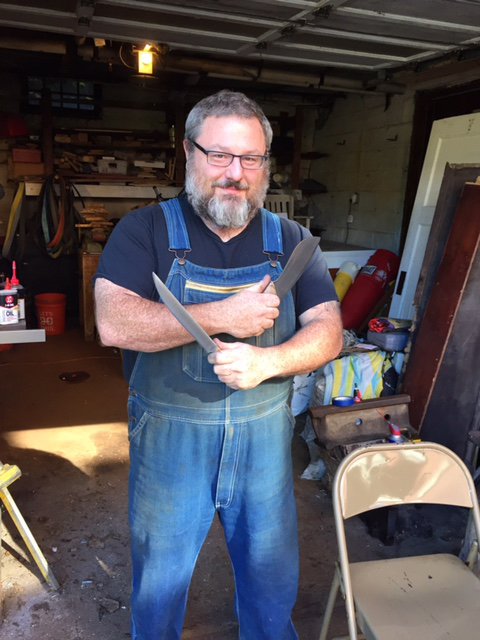 I often hear from home cooks that there's a lack of options when it comes to knife-sharpening and I've had my own frustrations in finding a good one.

Maturi Brothers on Penn Ave. was a go-to for many Pittsburghers, but since they closed, it’s been a challenge to find a place that can hone a range of knives, including Japanese or serrated blades. Of the places left, they're limited in what they'll sharpen and, frankly, they're inconsistent.

Happy news. There's a new knife sharpener on the scene.

Dan Thompson of Highland Park knows his way around a piece of steel. He started making custom blades in 2010 under the name Atomic Celt Bladeworks, working in his garage and at TechShop, and he’s recently jumped into the knife sharpening trade.

“A friend of mine asked me if I sharpened knives. I’d never really thought of doing that before. But I sharpen them when I make them, so I thought, ‘yeah, no problem,’” he says.

I met Thompson in his garage recently and we chatted about his longstanding enthusiasm for all things knives. He said he first became interested in the craft of knife making when he was a Boy Scout and became even more into it as an Eagle Scout. His passion for the outdoors led him to become something of an aficionado. 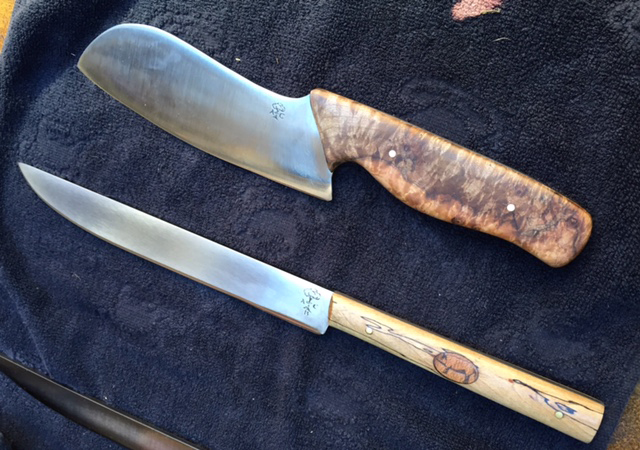 He lost a nearly all of his outdoor gear when his parents’ house in Fredericksburg, Texas was destroyed by a tornado a few years ago. When his son suggested that they get some new knives for a camping trip and he thought, “well why don’t I just make one?”

He’s honed his skill over the years, and while camping/outdoor knives are still his primary focus, Thompson is also making some killer kitchen blades. They’re forged from O1 steel, a grade of carbon steel that’s known for its toughness. He then heat-treats the steel so that it will be strong enough to hold an edge but supple enough to take a bit of a beating. The wood used each knife’s handle is made largely from PA timber that Thompson refurbishes into a beautiful grip. It’s good stuff.

Thompson’s custom knives cost between $200 to $400 and generally take three to four weeks to complete. 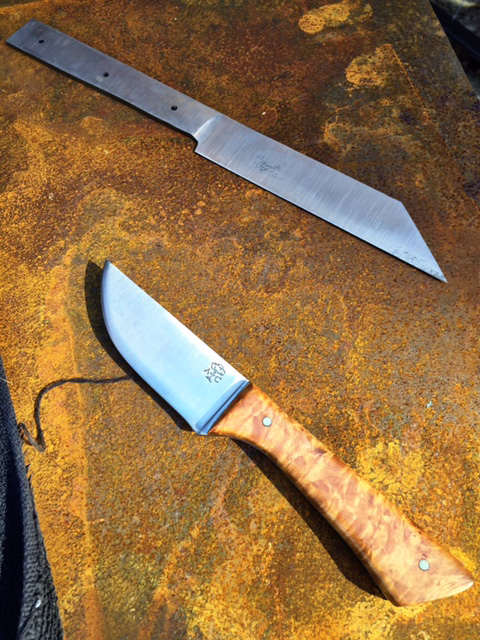 Now about that sharpening: he’s doing terrific work. Thompson charges $5 for standard kitchen blades four inches or smaller, and $10 for larger blades and any specialty blades like a serrated knife. He’s also able to rehab old, worn down and chipped knives. He says that he’ll pick up and deliver the knives for free in Highland Park, and for a small fee in other areas depending on the mileage.

I’ve heard from a couple of passionate home cooks who recently had their blades sharpened by Thompson and they are all happy with the result.

As for Thompson, who was working on a PhD. in economics at WVU before he decided that the long commute and brutal hours were taking away too much time from raising his three kids, he’s pretty stoked about this, too. “I love it. I love waking up in the morning. I can wear overalls to work,” he says.