Manufacturing Will Be At the Heart of Pittsburgh’s Newest Neighborhood

The Neighborhood 91 project will be a one-stop shop for the entire 3D printing process. 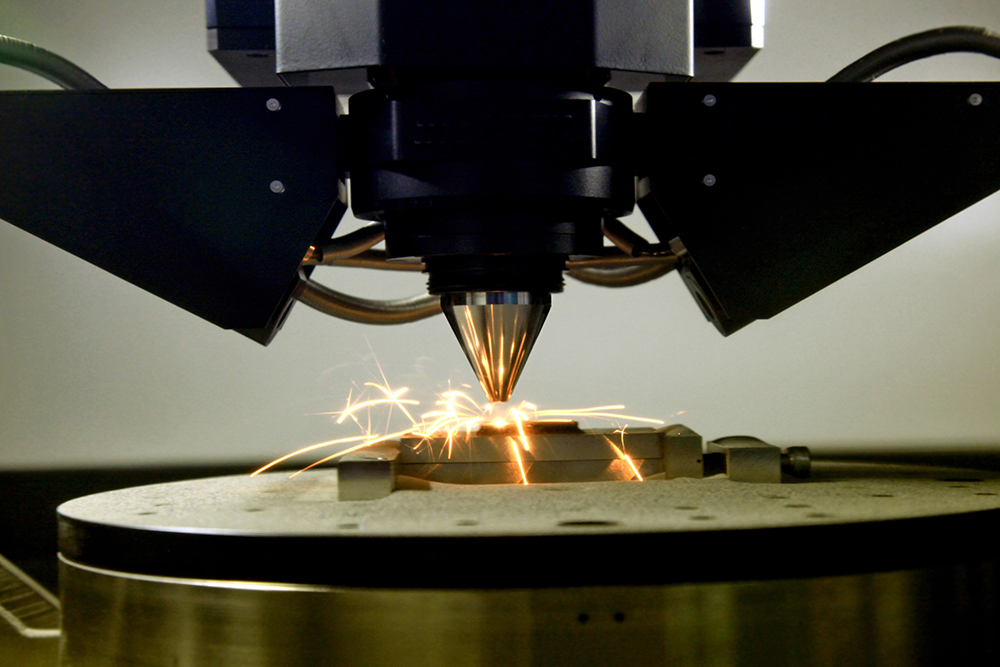 Pittsburgh boasts 90 distinct neighborhoods, all with their own special features, identities and flair. But for Neighborhood 91, the city’s newest manufacturing production campus near Pittsburgh International Airport, innovation is key.

Touted as the world’s first end-to-end additive manufacturing production space, Neighborhood 91 — located in Clinton — alludes to Pittsburgh’s rich history of metal production and materials science as a source of inspiration for its work. It aims to become a “powerful production ecosystem” that connects all components of the additive manufacturing — the industrial name for 3D printing — supply chain into one campus, or neighborhood. The result, stakeholders hope, will be an efficient, effective and environmentally conscious effort to bolster Pittsburgh’s industrial legacy.

“Neighbors borrow tools from each other all the time. Resource sharing is at the core of Neighborhood 91’s purpose,” reads the project’s economic impact whitepaper report. “Pittsburgh has 90 unique neighborhoods — the 91st will be a game changer for the additive manufacturing industry.”

3D printing is the process of joining materials to make objects from 3D model data, usually layer by layer. It’s a versatile process, too, that can be used to print metals, polymers, ceramics and biomaterials; 3D printed objects are flying in airplanes, orbiting in outer space, driving on roads and being implanted into humans in lieu of traditional organ transplants amid advancements in biomedical engineering. All of this is why Neighborhood 91 aims to focus on additive manufacturing, and it says Pittsburgh is the place to do it.

The Clinton area near Pittsburgh International Airport is located close to two major highways, 18 railways and the largest inland port in America.

“Pittsburgh has always been known for its industrial prowess. That spirit lives on today, but in a much different fashion, as the New Collar Workforce enters the scene,” Neighborhood 91’s website reads. It defines “new collar” workers as those emerging from the city’s budding tech sector, thanks in large part to pilot programs at the University of Pittsburgh and Carnegie Mellon.

The campus is intended to accommodate the entire advanced manufacturing pipeline, including companies that provide the raw materials, or powders, for 3D printing. The technology — more complex than the increasingly commonplace and affordable polymer 3D — is a focal point of research at the Swanson School of Engineering, which has some of the most advanced metal printers in the U.S.

“We always tell the story of Western Pennsylvania as a story of metal production — and it is — but the reality is that this economy was always built on innovation,” said Gallagher. “At one time this was the materials science capital of the world. I like to believe we’re not creating a new future but reinventing and strengthening that core ability. As a university, that’s what we’re here for.”

Pitt, while not maintaining a physical presence at Neighborhood 91, has been involved since the early days; Allegheny County Airport vice president Bernie McShea spoke of coming up with the idea in Gallagher’s office, along with U.S. Steel dean of engineering James Martin II.

The project continues to pick up steam, despite delays brought on by the coronavirus pandemic. It already has a few tenants on location: Arencibia, its first, will provide argon recycling services on the campus, offering inexpensive and eco-friendly access to a gas that’s important for multiple steps in the manufacturing process.

Other residents of this high-tech neighborhood include Wabtec, a Pittsburgh-based Fortune 500 company that manufactures parts for the rail industry, and Cumberland Additive, a company focused on 3D printing for a variety of industries, including aerospace. The goal is to attract more companies focused on 3D printing.