Here’s where — and when — you’ll be able to cool down. 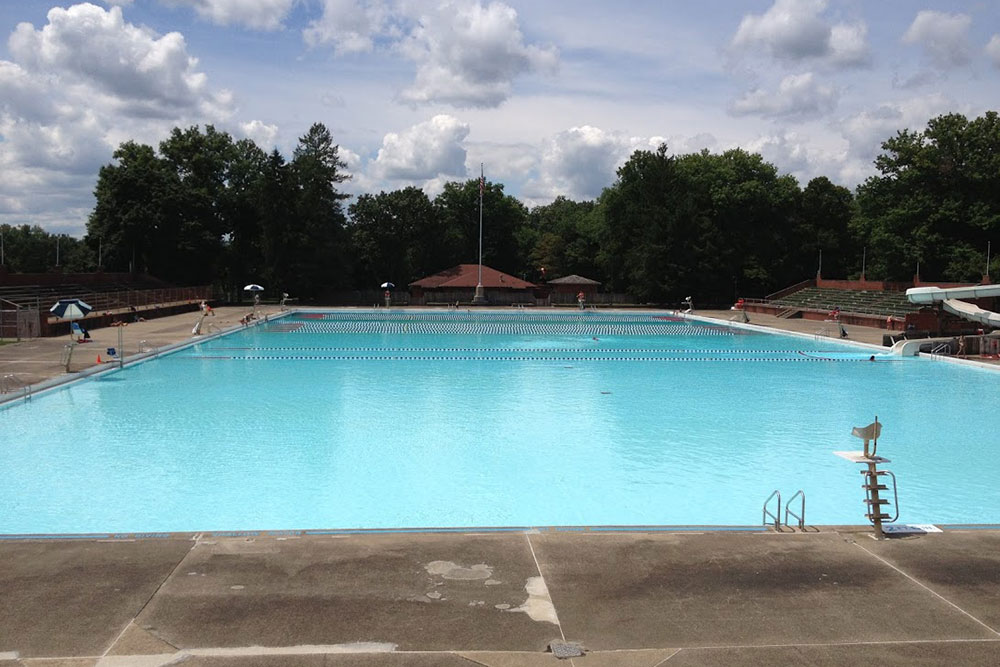 Temperatures on Memorial Day are expected to rise to 85 degrees. Will your community pool be open? Some public pools have announced their opening dates, but many residents will have to wait until early June for that first dip.

Allegheny County, which operates the Boyce Park Wave Pool in Monroeville, North Park Swimming Pool in McCandless and Settlers Cabin Wave Pool, announced its pools will open to the public on Saturday, June 4. The exception is the South Park Wave Pool, also county-owned, which will have a delayed opening due to ongoing concrete and other maintenance work. Once a date is set for its opening day, the county will make an announcement, it says.

Daily hours for Allegheny County’s pools will be 11:30 a.m. to 7:30 p.m., weather permitting. Concessions will also be open. Here’s what it’ll cost you to cool down this summer:

Allegheny County’s two spray parks, the Deer Lakes Spray Park in West Deer and Round Hill Spray Park in Elizabeth Township, will open on June 4, too. Daily hours of operation will be 10 a.m. to 8 p.m., also weather permitting.

Several other community pools around the region are also opening soon, too.

The Dormont Pool will welcome guests to kick off the season starting on May 28. For weekends and non-school-year weekdays, the pool will be open from noon to 8 p.m. daily. On weekdays from May 31 to June 10 and Aug. 19 through Sept. 2, it’ll be open from 4-8 p.m.

Admission to Dormont’s pool will cost $8 regardless of age, residency, time or entry. Children younger than 3 are free. The pool will also be open on Memorial Day from noon to 6 p.m. — free to Keystone Oaks residents with proof of residency.

Baldwin Borough’s swimming pool, located in Elm Leaf Park in North Baldwin, is also opening up on May 28. Check out its website for hours, rates and a variety of different pool pass options for residents and non-residents. Hampton Community Pool in Allison Park also welcomes guests starting on May 28, open daily from 11 a.m. to 7 p.m. unless otherwise noted.

The Avonworth Community Pool on Camp Horne Road opens officially Memorial Day weekend, and frequent visitors can fill out an application for a 2022 pool pass online.

A bit outside of Pittsburgh in Ligonier, Idlewild and SoakZone promises its longest season ever, opening daily on May 28.

Similarly, the official daily operating schedule for Sandcastle Waterpark in Homestead begins June 4, although it opened last weekend and will be open again this weekend, too. Its opening season will feature a new waterslide called Bombs Away and updates to existing pools, concessions and lounge areas.

The City of Pittsburgh also owns and operates multiple swimming pools and spray parks. It has yet to announce an opening date for its swimming locations — among them, Ammon in the Hill District, Highland Park on Lake Drive, Homewood at North Land Street, Ormsby on the South Side, Phillips in Carrick, Ream in Mount Washington, Schenley on Overlook Drive and Sue Murray on the North Side. The city says the opening date for its pools will be announced in late May or early June.

Its spray parks, though, will open on May 28. Check out the city’s website for a full list of the parks, as well as city playgrounds with spray features.

Many pools are experiencing staffing shortages and are actively recruiting lifeguards for the 2022 season. Operators advise to always call ahead before heading out for some fun in the sun in case pools close for the day because of a lack of staff or inclement weather.