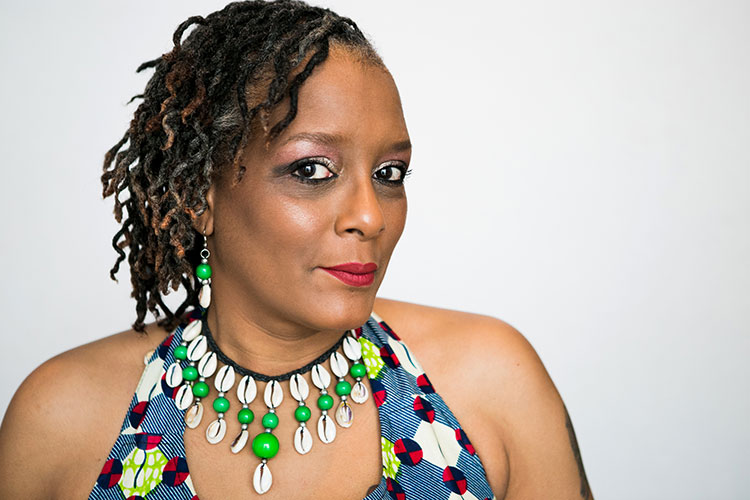 Jackie Page-Heidelberg has made a name for herself over the past two years cooking for movie stars, food-rescue volunteers, professional athletes and more through her business, Jackie Kennedy Catering. In addition to her professional obligations, Page-Heidelberg, 53, spends much of her limited free time volunteering with food-focused organizations such as 412 Food Rescue, where she’s been recognized as 412 Ambassador of the Year and 412 Cooking Matters Instructor of the Year, and Steel Chefs, where she teaches a 10-week culinary and sustainability course for teenagers.

Add executive chef to Page-Heidelberg's list of accomplishments: This week, she opened Love Rocks Café, located inside the Sto-Rox Library at the Father Ryan Arts Center in McKees Rocks. Although the space has had various forms of food service for the past few years, Page-Heidelberg’s approach to fresh, flavorful food is seen as a welcome change of pace. “There aren't a lot of choices around here within walking distance. Even with driving, there aren't many places with fresh food that are close,” says Cindy Haines, executive director of Focus on Renewal Sto-Rox Neighborhood Corp.

Page-Heidelberg plans to serve scratch-made breakfast and lunch Monday through Friday from 8 a.m. to 2 p.m. She says that the breakfast menu will be reasonably steady day-to-day while her lunch menu will feature a rotating selection. Eventually, she says she’ll settle into a rhythm with most days focused a recurring theme, such as hamburgers on Thursdays, and she’ll flex her creativity on “Wild Wednesdays,” when anything goes. “Right now, we’re trying to feel out what people like,” says Page-Heidelberg.

For Page-Heidelberg, it’s another step in a culinary journey that began frying French fries and grilling hot dogs on Route 30 when she was 15, detouring in early adulthood to fabricating car parts for General Motors, working front-of-house and banquet service for restaurants in North Versailles and then graduating from culinary school when she was 47. “You have to start small. You have to take small steps to the next step. So I’m doing it one step at a time,” she says.

For Haines, whose nonprofit has since 1969 operated with a mission to “support the people in our community through programs for all aimed toward the development and sustainability of a healthy mind, body and spirit,” Page-Heidelberg's commitment to the neighborhood, which includes hiring people who live in the community, makes Love Rocks Cafe’s opening even more significant. “The food is great, but it’s also her commitment to social consciousness. It's not just that she's putting out the food. She's putting out the love,” says Haines.