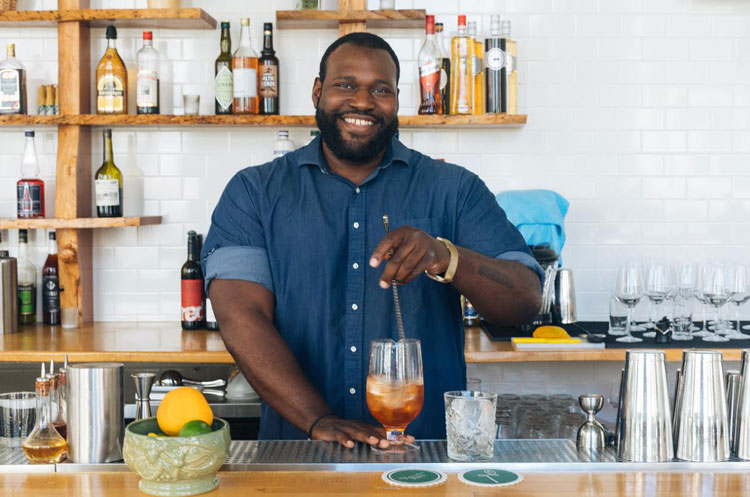 Few spaces in Pittsburgh pack as much recent night culture history as the ground level of 124 S. Highland Ave. and its adjoining spaces on Baum Boulevard in East Liberty.

From its days as the dancehall and music venue Shadow Lounge and performance art cafe, The Waffle House, to its nights filled with international cuisines from the to-go window of Conflict Kitchen or the craft cocktails of The Livermore, these rooms have been transporting patrons for years.

Now, bargoers have the chance to visit the Alps at Lorelei, a new concept from Pete Kurzweg and Adam Henry, the co-owners of Hidden Harbor and Independent Brewing Company.

Named for the rock formation on the Rhine and the fabled siren that lured sailors to their deaths with her beautiful song, the space has a timeless charm that invites you to sit and stay awhile. With large windows, high, detailed ceilings and a clean but warm vibe, the cocktail bar is perfect for a long chat or just watching East Liberty go by. The other side of the two-room space is a German beer hall with long communal tables, counter service and 14 (mostly German- and Czech-style) beers on tap. A traditional lambic service will soon join the menu options. 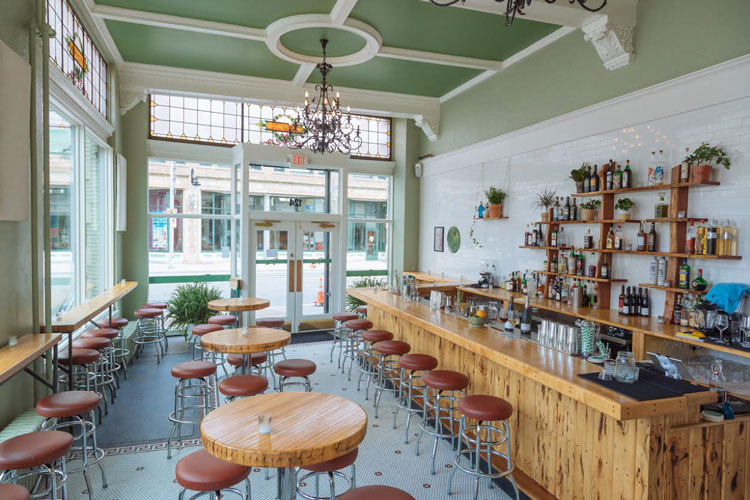 Henry and head bartender Cecil Usher, former beverage director of the Richard DeShantz Restaurant Group, have put together a cocktail program that focuses on alpine spirits and flavors from the shared mountainous regions of Germany, France and Northern Italy.

“You don’t see any whiskey on the bar really. What would typically take up a small part of your back bar; that’s what we’re highlighting,” says Usher.

Northern Italian amari, german krauterlikors (herbal digestifs) and alpine riffs on classic cocktails feature heavily on the menu but without the pretension that one might expect. Popular so far are the Friesling (frozen riesling) and the Bear’s Knees, a take on the classic Bees Knees with Bärenjäger. Cult bar favorites such as the almond liqueur and ice cream dessert cocktail the Pink Squirrel also grace the list as well as the original and deliciously savory genever, rye and spiced Curry Haus cocktail, which pairs perfectly with the lamb hand pie from executive chef Jamilka Borges’ kitchen. 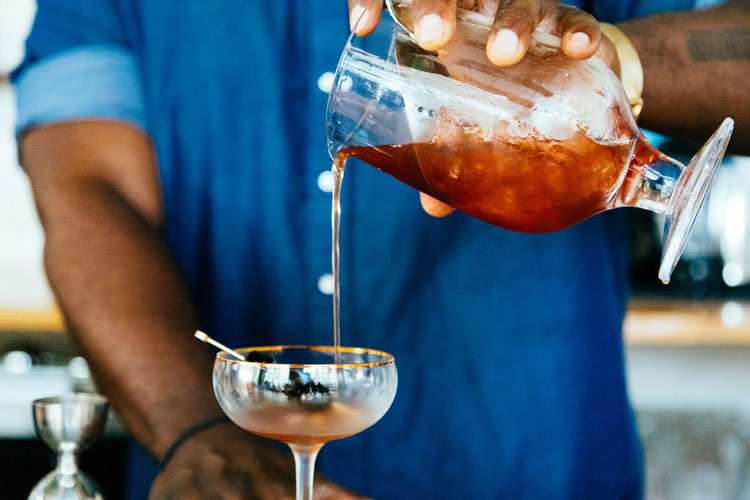 “We try to have something of everything in every style. We want to have products we believe in. Even if we don’t have exactly the spirit that you want, we’ll be able to give you something similar you’ll like,” says Usher.

Max Stein, head bartender at Hidden Harbor and certified sommelier, took charge of the wine list, pulling bottles from Alsace, Austria and Germany. German and Austrian whites are having a little heyday at the moment, and Lorelei provides a nice selection unique to any other bar in Pittsburgh.

Part of what sets Lorelei apart is its staff of Pittsburgh industry veterans such as Usher, Stein, Byron Nash, Elina Malkin, Jen Mulero and Lizzie Fistel.

“These are bartenders who have run their own bar programs, who have trained people. It’s a very pro, service-first kind of staff. It leaves us the time to be personable and walk people through things they might not be familiar with,” says Usher.