Looking for the Best Baguette in Pittsburgh? We Found It. 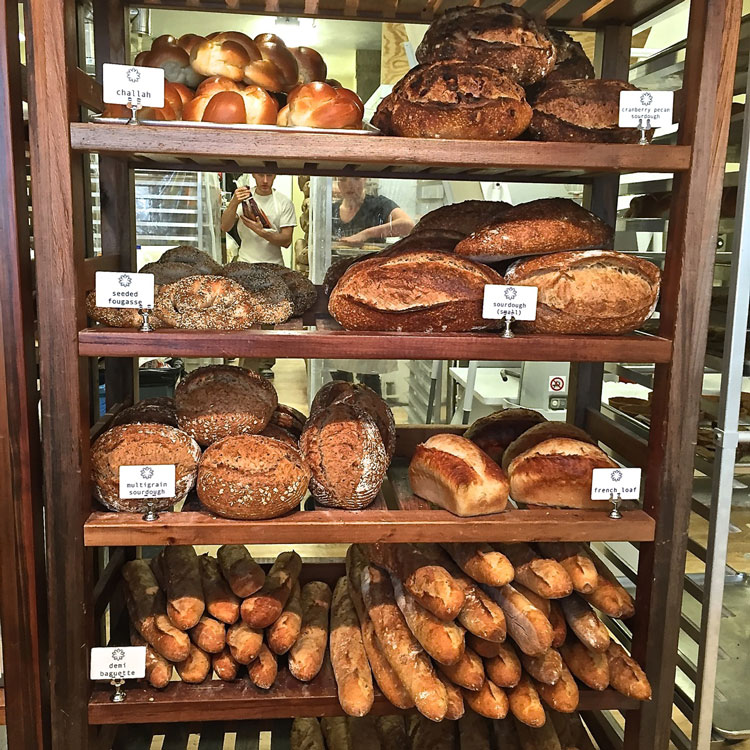 Comings says he got the bug to bake in 2002 while he was living in Oberlin, Ohio. He quickly grew fascinated by the craft of turning wheat, yeast, water and salt into something magnificent. He was so enchanted by the process that he would get up at 3:30 a.m. and drive 45 minutes to apprentice at On the Rise Artisan Breads and Café in Cleveland before turning back for a full day’s work at the Main Street Development Program in Oberlin. “This was the only way I was going to get better,” he says.

Sourdough bread is the driving force behind Comings’ passion. “It’s the best bread you can get. The reason I opened a bakery was sourdough bread,” he says. 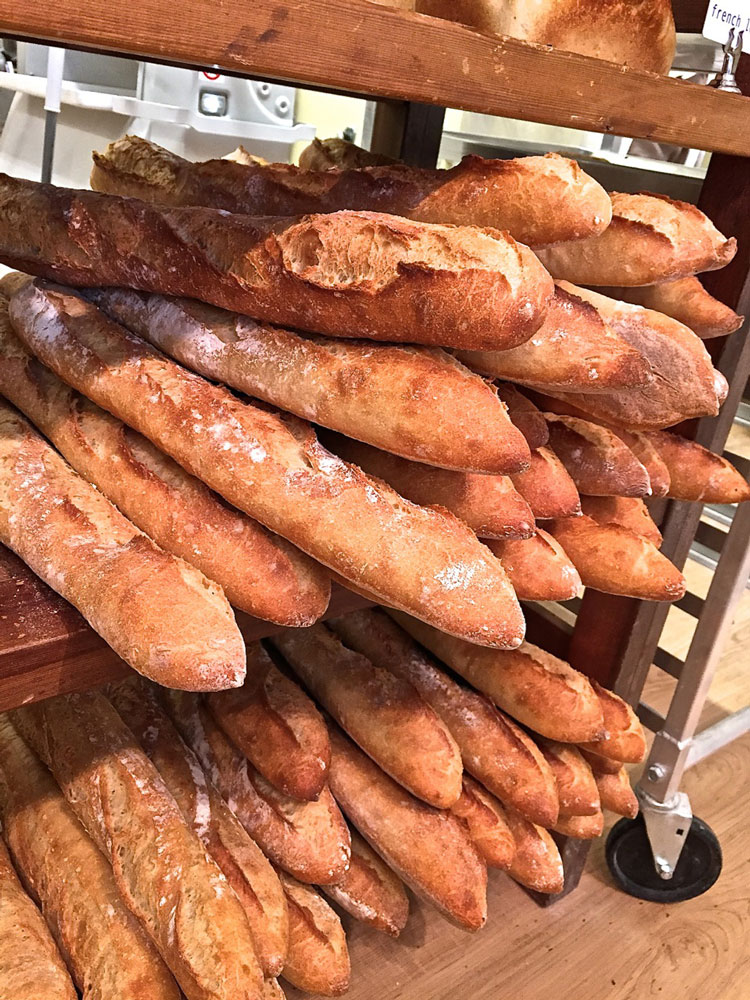 For those of us who have a habit of nerding out on things: The bread is made with a blend of flours at a 70-75 percent hydration and with a quicker than customary (three-hour) proof. For those of us who just care about eating: The tug of the crunchy crust and the soft, fermented tang of the interior are worth making a trip to Five Points to get a loaf.

Five Points’ bestseller is the baguette, and I’m not surprised; it’s the best I’ve tasted in Pittsburgh. Unlike the sourdough — which keeps for about five days — baguettes ought to be eaten shortly after baking. I’ve already had a few from Five Points, so I can say with authority that you won’t have a problem eating them in a timely manner. 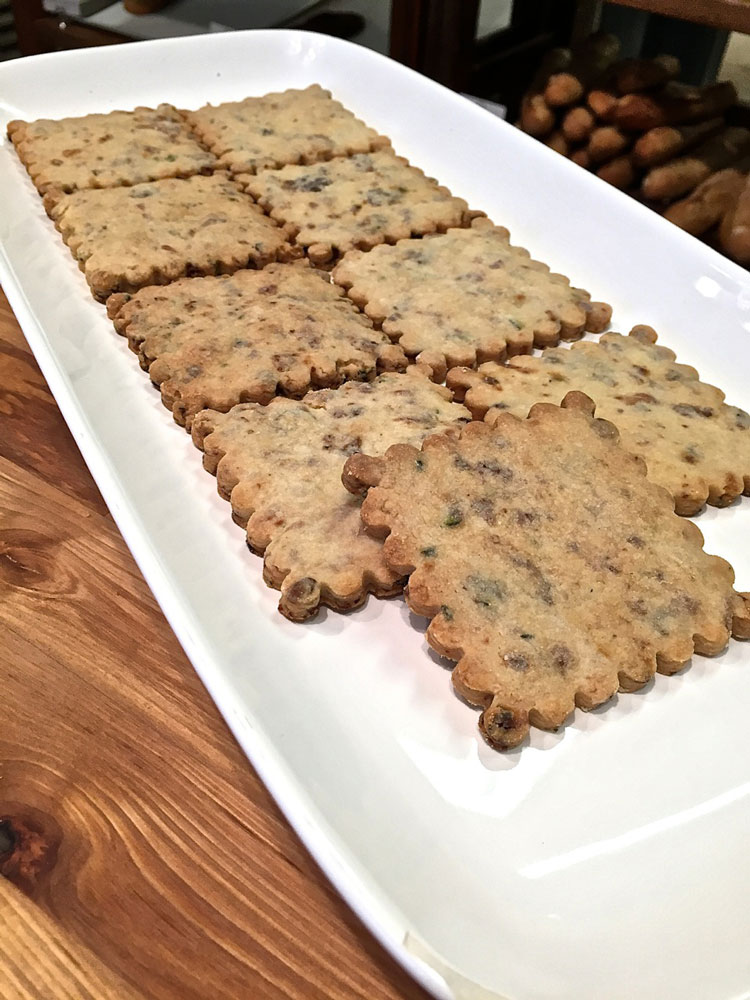 If you have a sweet tooth, I recommend trying the crave-worthy chocolate-chip cookies or the delightful apple tart. There also is a small selection of lunch items: sandwiches, focaccias and tarts. 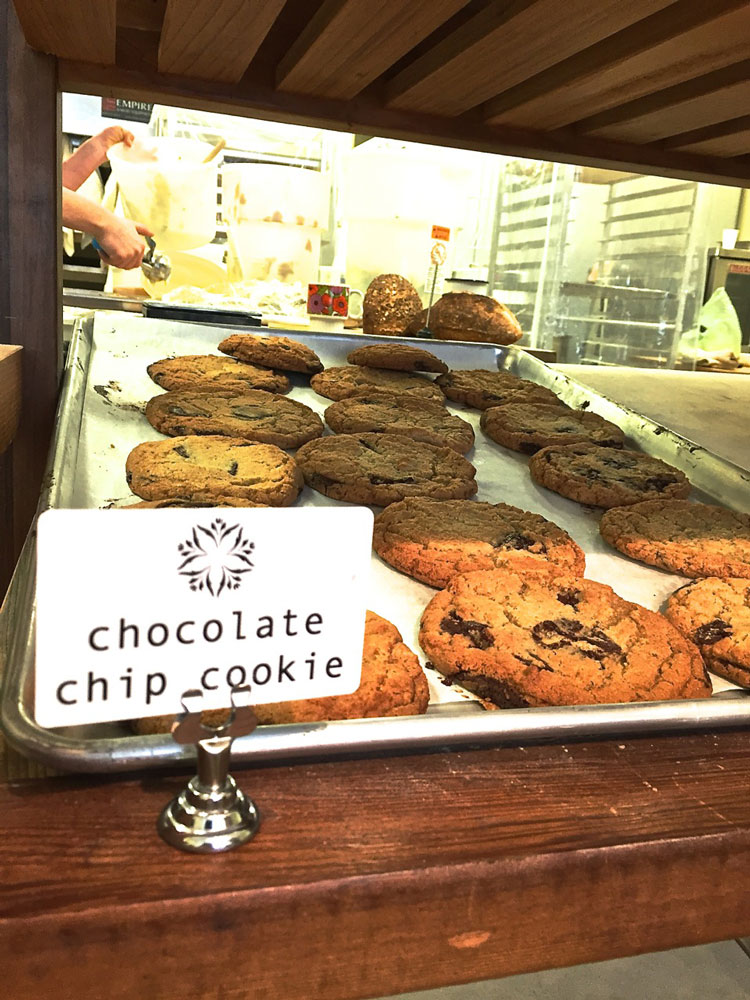 Comings says that he’s hoping to increase his use of locally produced grain in the future, but at the moment supply, quality and pricing of what’s offered require him to also order from out of state. There’s hope that this could happen in the not-too-distant future: He told me he was toying with the idea of experimenting next year with a cover crop loaf of Weatherbury Farm grains.

Comings says that customers should expect a few — though not many — new additions to the menu as the bakery falls into its rhythm over the next few months. I’m looking forward to what’s on the horizon. “It’s not a French bakery or an Eastern European bakery. I’m not limited here by a certain geographic style,” he says.

I’m so happy that the availability of quality bread and baked goods in Pittsburgh continues to expand and improve (look for Bread & Salt bakery to open soon in Bloomfield). “The whole gluten-free thing seems huge, but so much of it is media hype. People like to eat bread and pastries and cookies because they’re good,” says Comings.

So true. So very true.