Longtime Outdoor Cinema Brownsville Drive-In Is Up for Sale

The news arrives as another regional drive-in announces it’s closing for good. 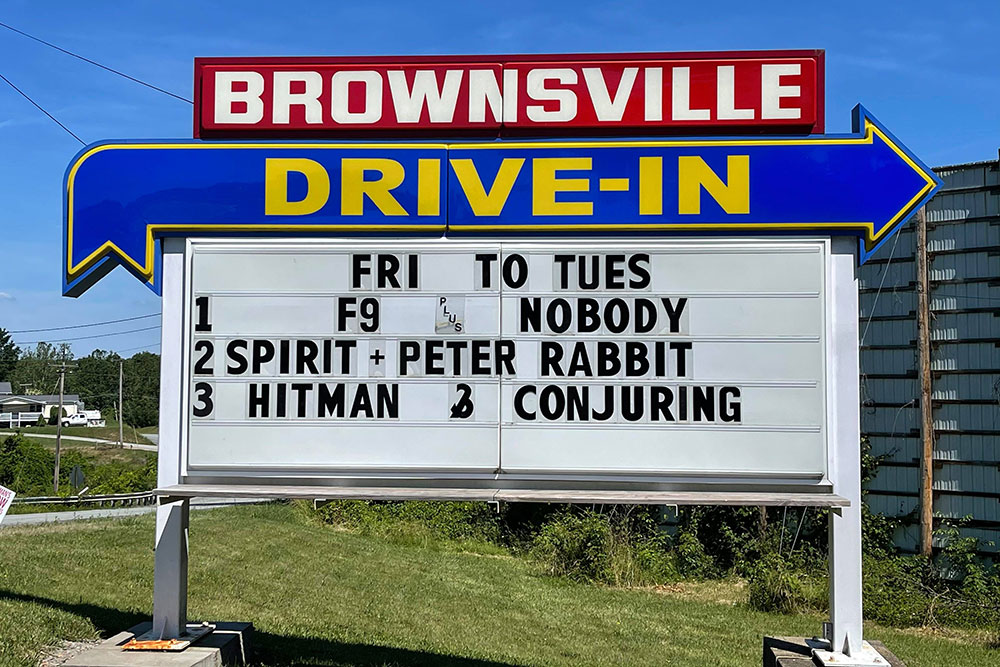 After a year in which many moviegoers rediscovered drive-in theaters, a longstanding local favorite is for sale — but the owners want it to remain in the movie business.

Brownsville Drive-In, which has welcomed guests since April 1949, is up for sale. Current owner John “Preach” Sebeck, who in January will have worked at the theater for 50 years, says that business has always been steady, in spite of longstanding rumors of the format’s downswing.

“I’ve been hearing that since the ’80s, that they hope drive-ins make a comeback,” Sebeck says. “They never really left.”

While indoor theaters are still struggling to return to pre-pandemic business, Brownsville manager Charlie Perkins says the desire for outdoor activities has already made for a complete comeback for the drive-in. “It’s on track to do what it used to prior to the pandemic — we’ve been doing good every week,” he says. The theater is anticipating sellout crowds for the release of “F9,” the new installment in the “Fast and Furious” series.

Both Perkins and Sebeck stress that they are looking for a new owner who will continue to operate Brownsville Drive-In, not a buyer merely looking for the land. That desire is in contrast to another recent announcement: The Winter Drive-In, in nearby Wintersville, Ohio, posted this week on Facebook that its final day of operation would be Wednesday, June 30.

The owners of the drive-in, which opened in 1969, confirmed in a since-deleted post that the drive-in had been purchased for a non-theatrical use.

Sebeck explains that the large, open land where drive-ins sit can be tempting for developers. “A lot of people started selling because places like Wal-Mart and Sheetz” are looking for territory. “The land became worth more than the drive-in itself.”

Sebeck and Perkins hope that won’t be the fate of Brownsville Drive-In. “If the drive-in doesn’t sell, it will stay open,” Perkins says, making clear that they have “no intention of closing.”

Brownsville Drive-In is open this Friday through Tuesday, with three programs: “F9” and “Nobody,” “Spirit Untamed” and “Peter Rabbit 2: The Runaway” and “The Hitman’s Wife’s Bodyguard” and “The Conjuring: The Devil Made Me Do It.”

Winter Drive-In’s final lineup will also include “F9” and “Nobody” on their main screen, flanked by “Peter Rabbit” and the 2017 “Jumanji: Welcome to the Jungle” as well as “The Conjuring” and “The Hitman’s Wife’s Bodyguard.” Those shows will play nightly until the cinema takes its final bow on Wednesday.