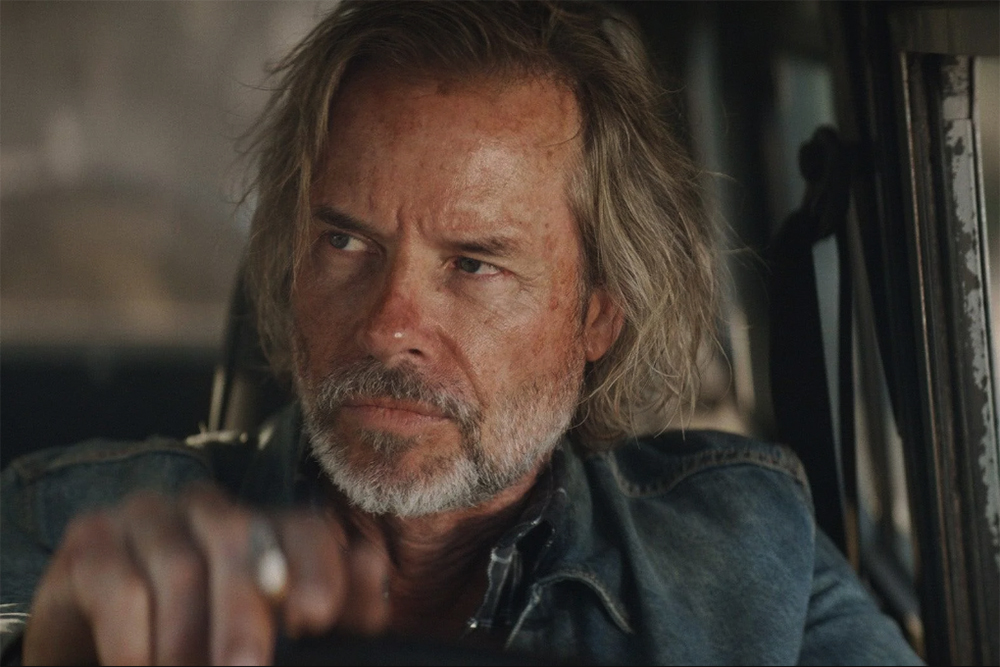 The protagonist of “The Infernal Machine,” disgraced writer Bruce Cogburn (Guy Pearce), is a throwback. He drives miles from his remote home to use a barely functional pay phone; on the rare occasions he writes something, he does it using a dusty typewriter.

The film matches him. “The Infernal Machine” rejects quick-cut, Blumhouse-style suspense in favor of a simmering, careful boil; it recalls a certain type of hardscrabble thriller common in the late ’90s, in a good way.

They don’t make ’em quite like this anymore, but they should.

Writer/director Andrew Hunt grew up in Washington County; he spent his senior year of high school Downtown, enrolled at Pittsburgh CAPA. “The Infernal Machine,” his sophomore feature, was picked up by Paramount; it’ll be released to digital platforms and limited theaters (none in the region, sadly) before hitting the Paramount+ streaming service later this year.

With “The Infernal Machine,” Hunt demonstrates a command of setting and mood. Cogburn’s dusty, lonely existence seeps through the screen as the writer fights to be left alone.

He had one big hit, you see — the titular novel — that turned from a triumph into a nightmare when a mass shooter (Alex Pettyfer) claimed the book told him to kill. Cogburn’s been a recluse ever since; now, however, mysterious letters are showing up on a daily basis as someone tries to compel him to write again.

Cogburn initially dismisses the letters as the behavior of an obsessed fan, but when things get more mysterious — packages showing up at his off-the-grid address, odd records of his conversations being delivered to his publisher — paranoia sinks in. A friendly local cop (Alice Eve) offers her help, but she can’t quell Cogburn’s increasingly violent suspicions.

Eve is up to the task, but Pearce is stellar, carrying his character’s cloudy history on his back in every frame. As is the case with many mysteries, your mileage may vary on how well the payoff delivers on the promise, but the journey is the thing, here. “The Infernal Machine” will hook you and keep you on board until the conclusion.

“The Infernal Machine” is available via digital on-demand platforms.