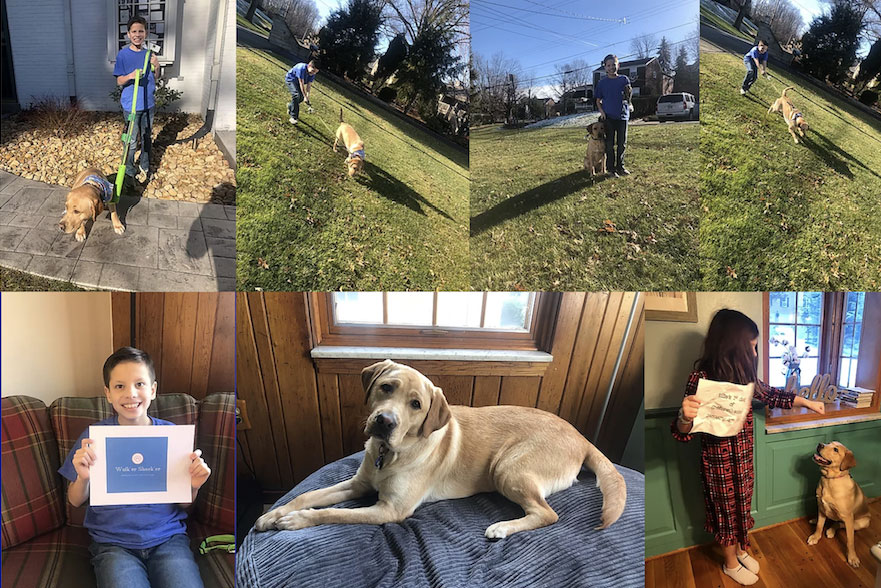 While some pet owners may get pulled around by their dogs, one young Pittsburgh inventor has found a way to make the experience a walk in the park.

Nate Malock, a fifth-grade student at Whitehall Elementary, has designed a prototype for his invention known as the Walk’er Shock’er. The device allows pet owners to have more control during walks.

The invention was created for the PA Invention Convention, which tests Pennsylvania student’s problem-solving skills and showcases their creativity. After success in the online portion of the competition, Malock earned a spot in the finals of the competition, set for Feb. 25.

The idea for the invention came from the Malock family’s personal experiences walking their golden retriever, Ellie. After Nate’s sister lost control of Ellie and got dragged across the yard, he was inspired to way to train the dog to not pull again.

“The Walk’er Shock’er is a pressure detecting dog leash that could save your dog’s life and prevent injury to you or anyone who walks it,” Malock writes on a blog for the device. “The amount of pull from the dog controls the amount of stimulation going to the collar. The harder the dog pulls, the more stimulation the dog receives.”

Malock will compete against the other finalists during the PETE&C 2020 Conference at the David L. Lawrence Convention Center. The winner will then be invited to the 2020 Invention Convention U.S. Nationals in June.

Editor’s note: Nate’s parents issued a statement on his blog late Friday explaining why he will now not be participating in the competition.

“Thank you for visiting our son’s website for this imaginary product imagined by the mind of an 11-year-old child. Due to the concerns expressed by some regarding his invention, it is apparent there were some misunderstandings about the true functionality of his device. Nate will use this as an opportunity to reimagine his concept.  Rather than comprise the positives of this fabulous event, we have decided our son will not participate. Sincerely, Brian and Kristin Malock”