The chef and author celebrates the release of her latest book, "Lidia's Celebrate Like an Italian," at Lidia's Pittsburgh later this month. 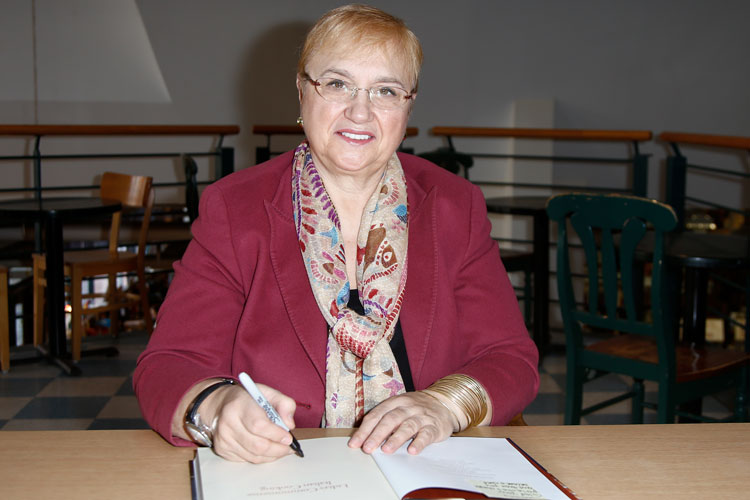 Lidia Bastianich is one of the world’s foremost culinary personalities. She’s hosted a series of influential public television cooking shows, beginning in 1998 with “Lidia’s Italian Table.” She operates six restaurants, as well as four branches of Eataly. She’s authored fifteen cookbooks. She’s even cooked for more than one Pope.

And she has a Pittsburgh connection.

One of her restaurants is Lidia’s Pittsburgh, which opened in the Strip District in 2001. Bastianich doesn't oversee the nuts-and-bolts, day-to-day operations — the restaurant’s executive chef is Daniel Walker — but she is active in the big picture of the establishment and visits the restaurant several times per year.

Her next visit is Oct. 24, when Bastianich will host a multi-course meal in honor of her latest cookbook release, “Lidia’s Celebrate Like an Italian: 220 Foolproof Recipes That Make Every Meal a Party.” The book, co-written with her daughter, Tanya Bastianich Manuali, is scheduled for release on Oct. 19.

“I want people to have confidence in the kitchen,” she says. “Writing a cookbook gives me great reward and satisfaction, especially when people write to me and tell me that the recipes turn out well.”

What I like best about Lidia’s cookbooks is that they always feel relevant. More and more home cooks are participating in the scratch-cooking revival (thank goodness), and that’s reflected in the copy. Bastianich takes diners from the straightforward with recipes such as roasted sunchokes with olive oil and rosemary to elaborate with preparations such as poached-seafood salad.

The recipes all are easy to follow. “For a chef working in restaurants, that’s a place where you want to wow your clients and do something beyond what you might make for yourself. For cookbooks, I want home cooks to be successful. You can simplify a recipe and still have strong flavors,” she says.

She also believes that home cooking, especially when you’re throwing a party, should be fun. She offers suggested menus for occasions such as “Engagement Party — Two Families Meet,” and “Ring in the New Year Right,” as well as party-throwing tips such as “Setting the Mood by Setting the Table.” And, as always, the has practical advice for the home cook. “First, I want people to follow the recipe like they’re in first grade. And then I want them to fly on their own,” she says.

Bastianich will be at Lidia’s Pittsburgh at 4:30 p.m. on Oct. 24 to sign copies of her book. The four-course dinner — reservations are recommended — is $55 (plus an addition $40 for a wine pairing): course one is a family-style antipasto featuring a number of dishes including Caesar salad with baby kale and focaccia croutons and prosciutto with spicy giardiniera; course two is a duo of pasta; course three is plated mains with choices that include mixed-seafood brodetto and heritage pork shank with barley risotto; course four features three dessert selections served family style. All dishes are based on recipes that are in the book.