Leo. A Public House. Is Set To Open At The End of March 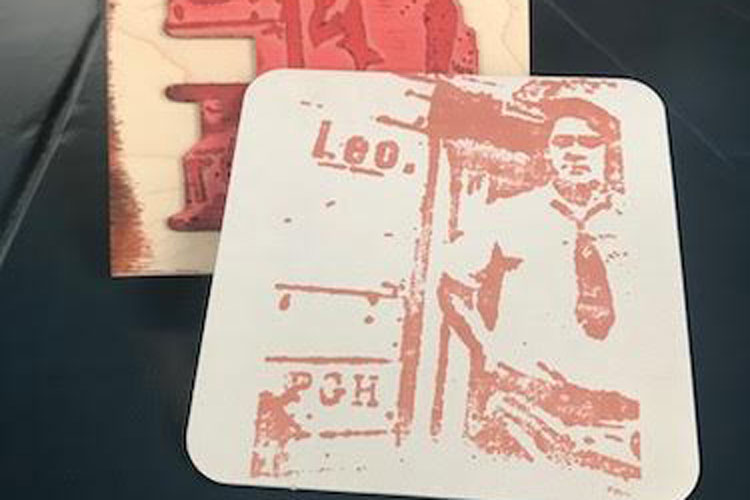 Leo. A Public House, a new restaurant from chef/owner Michael Barnhouse is set to open in Allegheny West at the end of March. For the last six and a half years, Barnhouse has run Lola Bistro with his wife, Yelena, just a few blocks from where Leo will be located at 1207 Allegheny Ave.

“It’s less scary opening up a bar now than it was opening up a BYOB artisanal restaurant in the middle of nowhere,” says Barnhouse. “But Lola is the reason I’m able to do this in the first place.”

Leo is named for and inspired by Barnhouse’s grandfather Leo “Bull” Handler, a World War II veteran who Barnhouse helped care for in his later years. “Cooking for him to give my mom a break was how I learned to cook. He was quite influential in my development as a chef and an artist,” says Barnhouse.

Leo’s logo is a photo of Handler as a young man, his cap askew and a cigarette hanging from his lips. The photo will also appear on the back bar along with pages from the manual of the U.S.S. Ulysses, the vessel Handler was an engineer on during the war.

Barnhouse’s culinary style of blending Old World techniques with modern cuisine will take shape as pub fare at Leo. House-cured meats and gravlax, as well as seasonal vegetables and preserves grown and made in Barnhouse’s back yard, will dominate his opening menu of salads, sandwiches and bar snacks. It’s “stick-to-your-ribs” food; roast beef sandwiches and sprats on rye toast with delicate details such as rosemary shallot aioli and pickled daikon. In anticipation of the opening, Barnhouse has been preparing ramp vinegar, cassis from his black currant bushes and aged lamb prosciutto, and he is developing a recipe for beef jerky.

The kitchen is tiny but well-organized, and Barnhouse, who is used to tight work spaces, seems ecstatic to cook within its limits. “It’s adorable. I love this kitchen,” he says. “My cooking is very prep heavy but the expediting is quick.”

The bar has a few cozy seats. The wine selection will include wines from Refucilo Winery, a new shop on Western Avenue. Derek Blankenship will oversee bar management with a seven tap system (one always reserved for a brew from Allegheny City Brewing and another for Yuengling) and craft cocktails. Barnhouse also plans to have European beers by the bottle on a rotating selection.

The rest of the space is intimate as well, with around 46 seats between the dining room, the bar and a small lounge area with an antique couch. Barnhouse, who also has a fine arts degree in painting, plans to use Leo as a gallery space for his work. City Books is providing a small library for a book exchange that will line Leo’s window space.

Lola grew slowly, gaining regulars by word of mouth. Barnhouse is letting Leo to develop its own voice, too. “There won’t be a grand opening, I’m just going to open,” says Barnhouse.