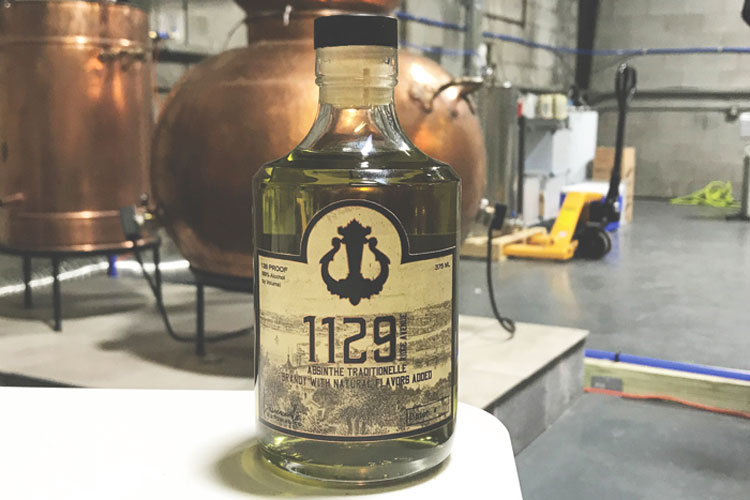 Lawrenceville Distilling Co. co-founders Dave Harmon and Joe DeGroot spent the last 8 months settling into their upper Lawrenceville space, quietly honing their spirits. The pair started production in July 2018 and in November opened the bottle shop for Saturday business. They say that being careful about crafting their spirits has been an important part of creating a company from the beginning.

While their Parking Chair vodka, which was recently awarded a bronze medal at the American Craft Spirits Association Conference, has been the primary product thus far, Harmon and DeGroot, originally started Lawrenceville Distilling Co. because of their love for absinthe. Absinthe is a spirit flavored with anise, fennel, wormwood and finishing herbs such as juniper, nutmeg and star anise, among others. Harmon and DeGroot’s 1129 Ridge Ave. Absinthe is the result of years of tasting, testing and exploring the world of absinthe.

The base for the spirit is brandy, which DeGroot ferments from wine in twin fermenters christened “Yeasty Boys” and then distills in-house. The brandy is made into absinthe after adding in the herbs in a 10-gallon copper pot still.

“We’ve found keeping the batches small allows us to have a lot of control over the product,” says Harmon.

Their recipe is based on one DeGroot found in a book by an Australian author. The result is something floral, balanced and pleasing. Harmon calls it “brunchy” and it is easy to imagine sipping it over breakfast with a gaggle of your friends. 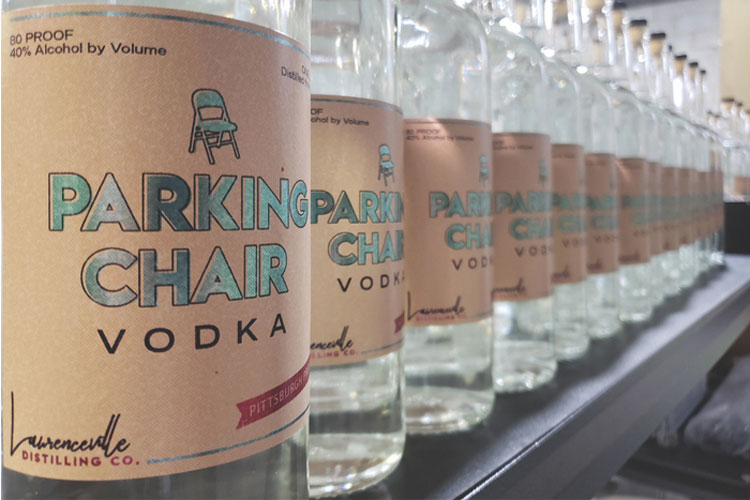 While the spirit is floral and light, Harmon and DeGroot wanted to honor absinthe’s mysterious history with a similarly mysterious name. Surrounded by stories of hallucinatory experiences and artistic revelation, absinthe has been seen as dangerous and forbidden so the pair decided to christen it after a mansion on the North Side. 1129 Ridge Ave. is a place some have claimed to be “the most haunted house in America.” The legend goes that Charles Wright Congelier, a wealthy carpetbagger, built the mansion in the late 1800s and began an affair with a maid. When his wife discovered them, she killed the two lovers and the hauntings in the house began. (In truth, absinthe doesn’t contain anything that will make the drinker hallucinate or become dangerous — but legend in this spirit, as well the North Side house, runs deeply through the cultural consciousness.)

While the spirit’s name might be foreboding, Harmon and DeGroot plan to make sipping it at the distillery as comfortable as possible. Soon, customers will be able to drink at the tasting room, designed with a bar, a fireplace and cozy places to sit. It will be open to the distillery, giving the customer a view into how the spirits are being made. They hope to have it open by summer, along with an herb garden on the side of the building.

“We’re not going to be a stay-open-late kind of place. We want to have a good menu and an intimate place to hang out,” says Harmon.