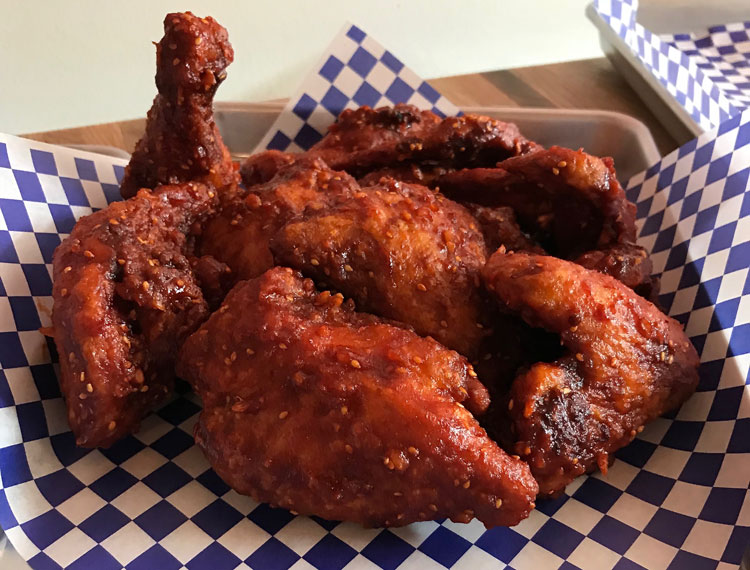 Hot on the heels of the August opening of Ki Ramen, longtime Lawrenceville restaurateurs Domenic Branduzzi (Piccolo Forno) and Roger Li (Umami), along with partner Claudia Moyano, are opening another establishment. This one, Ki Pollo, is a fast-casual concept featuring Korean-style fried chicken and empanadas.

Branduzzi and Li were doing research and development in Philadelphia for Ki Ramen and had lunch at Bonchon, a New York-based Korean fried chicken chain. The meal struck a nerve. "We went there three times. I go there every time I go back now," says Li.

When the space down the block from Ki Ramen became available, it seemed like a no-brainer to move a similar concept into Lawrenceville.

There are six flavors of the crisp-crusted chicken, which can be ordered as two-, four- or six-piece meals, all served with pickles and side dish. 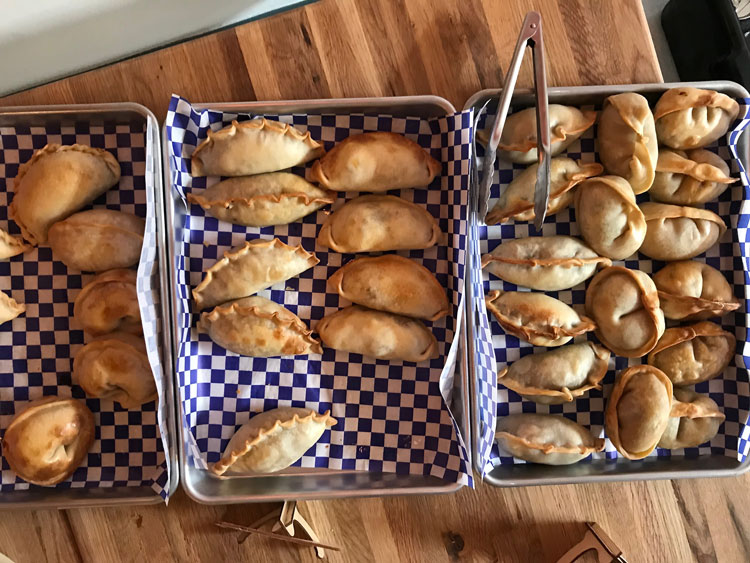 Moyano might not be a household name (she likely will be after you've tried her empanadas) but, if you've dined out in Lawrenceville or Warrendale in the last 10 years, you've probably eaten her food. She was Li's first hire at Tamari, worked her way to sous chef of that restaurant before becoming executive chef of Tamari's Warrendale location, and most recently worked as head chef of Umami.

"I grew up eating empanadas every week. It's one of my favorite things," Moyano says.

She learned the art of empanada making from her mother. In Pittsburgh, those empanadas became a must-serve dish at house parties that she and Li would throw. "A good empanada, of course, has good filling. But the best part is the skin. I love crispy, dry skin mixed with a juicy filling," she says.

The empanadas — there are six permutations on the opening menu — are outstanding, complete with the craveable interplay of textures that Moyano finds so appealing. On top of that, the fillings are more complex than you might think from the unassuming exterior. For example, Moyano's beef empanada contains juicy minced beef, but also bits of olive, raisin, egg and onion, creating a blend that hits savory, bitter, sweet and sulphurous notes.

Service at Ki Pollo is designed to be casual. Dine-in customers will order at the counter, and those seeking to-go meals don't even have step foot inside — there's a quick-order window facing Butler Street. The restaurant will be open 11 a.m. to 11 p.m. Tuesday through Sunday.

It's a welcome new addition to the neighborhood. And likely the last new concept you'll see from the Ki Team for the foreseeable future. Perhaps.

"I think this is going to be it for a minute. Unless Roger decides he finds something else he wants to open up," Branduzzi says.