The fresh look to Pittsburgh's largest amusement park comes as it prepares for a momentous birthday. 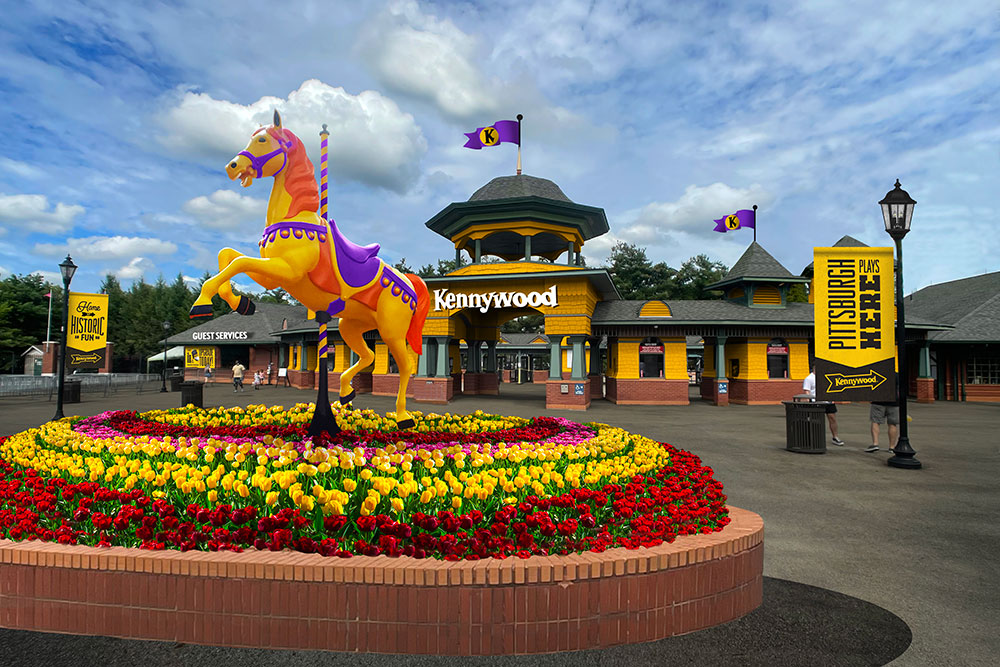 Kennywood Park is gearing up to celebrate its 125th anniversary in 2023, but its birthday celebrations are starting early with new looks, rides and events next season.

In a press conference held Thursday morning in the park, officials highlighted some changes that will be coming soon, including new coats of paint on some fan-favorite rides, a full season of new events and a photo collage on the blank wall near the Jack Rabbit. 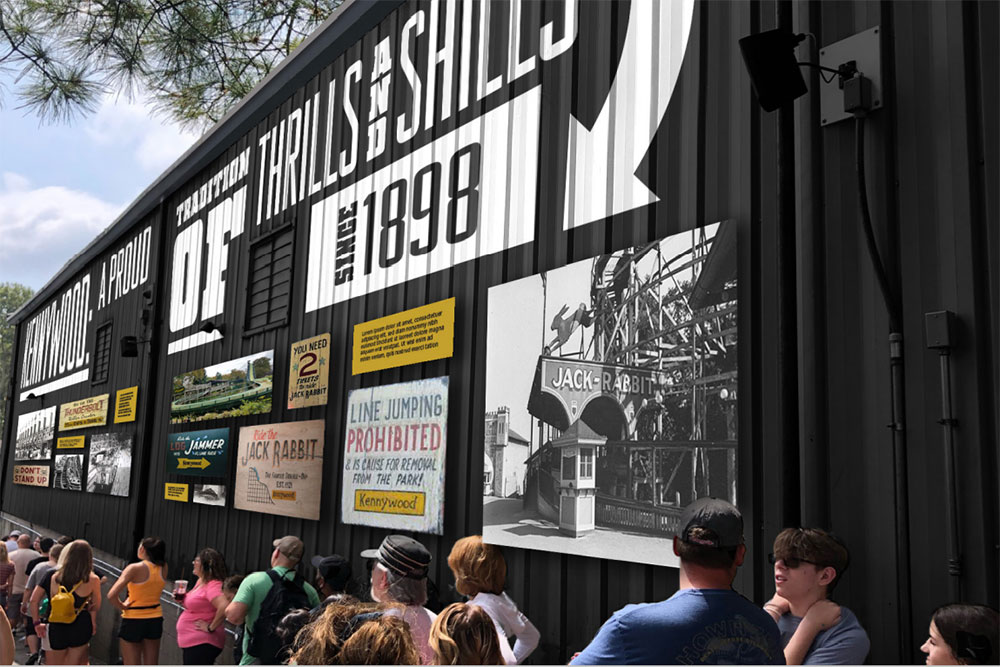 But Kennywood is proving itself to be a democracy — fans can go online and vote for which theme the photo wall should have: Classic Coasters, Legendary Thrills, All Around the Lagoon, Dark Rides Through the Ages, Kenny & Friends, Spectacular Shows & Entertainment, Pittsburgh’s Premier Picnic Park or Tasty Treats. You can vote once per day through 11:59 p.m. on Christmas Eve.

“We’re really excited about this opportunity,” said Kennywood and Sandcastle General Manager Mark Pauls, who added that fans will be able to vote on other things, too, as renovations on the park continue over the course of the next year or so. “We enjoyed that privilege when we painted the roller coasters, and now our fans get to pick what goes on the wall here.” 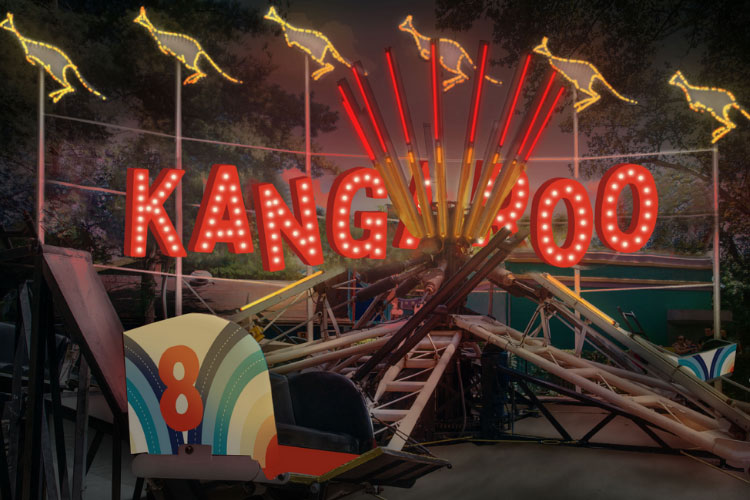 Another notable change park guests can expect next season is the return of the Kangaroo, which was retired in November 2020. Its lot stood vacant this past season, but it’ll return next year after receiving some TLC that’ll include “an all-new LED lighting package, vibrant new colors and state of the art operating systems.”

“We have plans to open [the Kangaroo] and operate for generations to come, just like it’s been doing for years,” Pauls said. 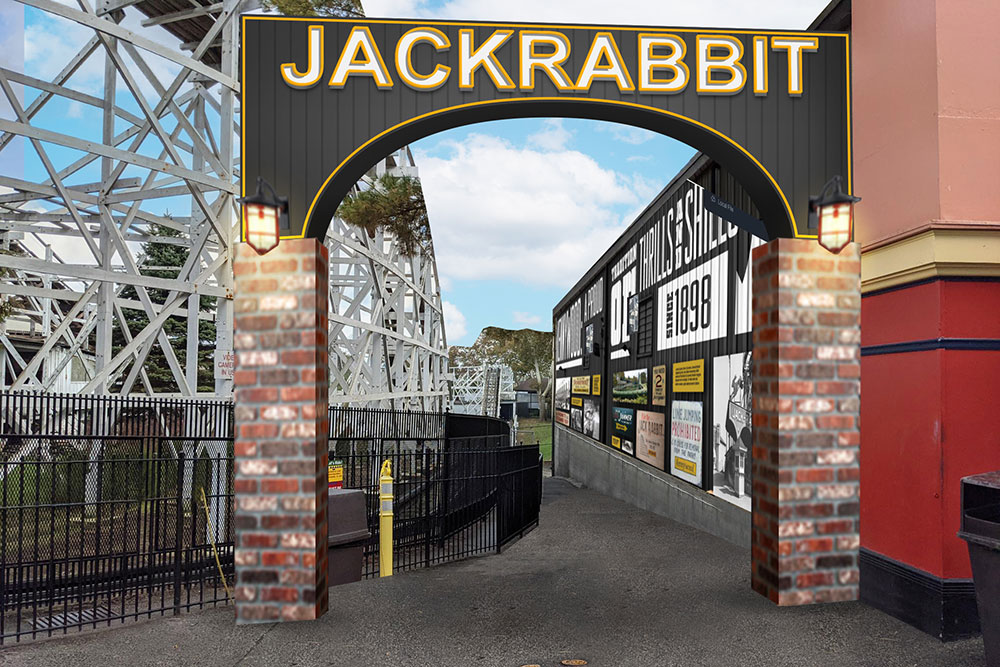 Kennywood will also undergo some cosmetic alterations. New plants, signage, landscaping, perimeter fencing and an updated main gate will be installed at its entrance, which will also receive a 15-foot-tall carousel horse statue to greet guests as they enter the park. The area will also be repaved with darker pavement, and both the Old Mill and Guest Services building will be tweaked and renovated to reflect the “more vibrant and welcoming” look the park is striving to achieve.

It was announced earlier this year that two of Kennywood’s roller coasters, the Phantom’s Revenge and the Thunderbolt, would be painted in the offseason, and fans were able to choose the color through an online poll. (Overwhelmingly, fans chose Petrifying Purple over Terrifying Teal.) Park officials announced today that the other wooden coasters, the Jack Rabbit and the Racer, will be getting a fresh coat, too, all set to be complete before the park opens for its 2022 season. 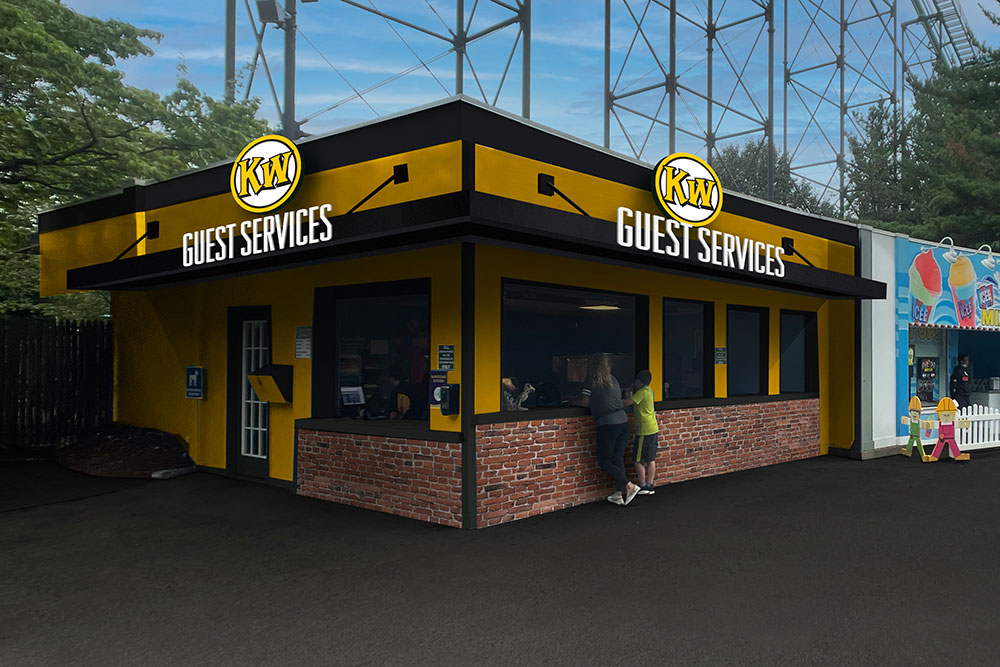 Other changes include a redesigned Beer Garden and a specially priced season pass, which will be $125 for a limited time in honor of the park’s 125th anniversary.

Kennywood will also keep guests busy with a wide offering of new activities this season, ranging from a springtime food and music festival in April to the return of the recently rebranded Phantom Fall Fest in October. The Bites and Pints Food & Drink Festival will return on May 26 — the start of the park’s daily operating schedule — and a new “Park After Dark” event will take place during select evenings over the summer. Details are still in the works, but for a full list of events — including the Holiday Lights show running now though Jan. 2 — check out the park’s website.

“Kennywood is a cornerstone to repositioning Pittsburgh as a leisure-tourism destination, and leisure-tourism really is going to continue to be the driving force behind the tourism recovery for the entire region,” he said. “Kennywood, as a park, as an institution, is a pride for Pittsbughers.”