The executive chef/co-owner of Cure and Morcilla takes his celebrated charcuterie to Los Angeles. 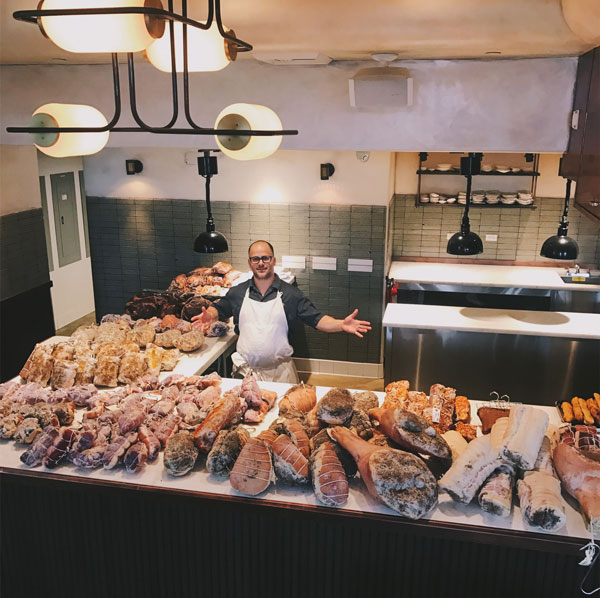 It's no secret that if you’re craving top-shelf charcuterie in Pittsburgh, it’s a smart idea to visit Justin Severino’s Cure and Morcilla restaurants in Lawrenceville. What most people likely don’t yet know is that you also can enjoy Severino's cured meat in Los Angeles.
​
Severino is the charcuterie consultant for Gwen, a Los Angeles restaurant and butcher shop owned by the high-profile chef Curtis Stone and his brother Luke Stone. Severino started working with the restaurant last year.

Everything was humming for Severino in February 2016. Morcilla recently had opened to great acclaim and Cure was settling into its fifth year of operations. He was feeling a tad stuck about what to do next, but didn't think that opening another restaurant was the way to get his creativity flowing again. “One of the questions I asked myself at the time was, ‘How do I grow?’ I didn’t have an answer for that. All I knew was that I needed to get out of this comfortable zone I was in at the moment,” he says.

And then he received a call from an old friend, Gita McCutcheon. Severino met McCutcheon in 2009 while he was working as production manager at Ayrshire Farm in Virginia, which is where he feels like he honed in on his craft as a charcuterie maker. “I’d only made very small batches of charcuterie until then. When I got there I could make anything I wanted,” he says.
​
McCutcheon told him that the Stone brothers were looking for someone to oversee the charcuterie program at their new restaurant. “I’d been my own boss for so long that I wanted to work for someone who would have high expectations of me,” Severino says.
​
Severino has produced nearly 2000 lbs. of charcuterie since he began his monthly visits to Gwen in July; there currently are 29 varieties for sale. “He’s been instrumental in coming out and helping us with the program,” says Luke Stone. “He’s put some amazing products into our case.” 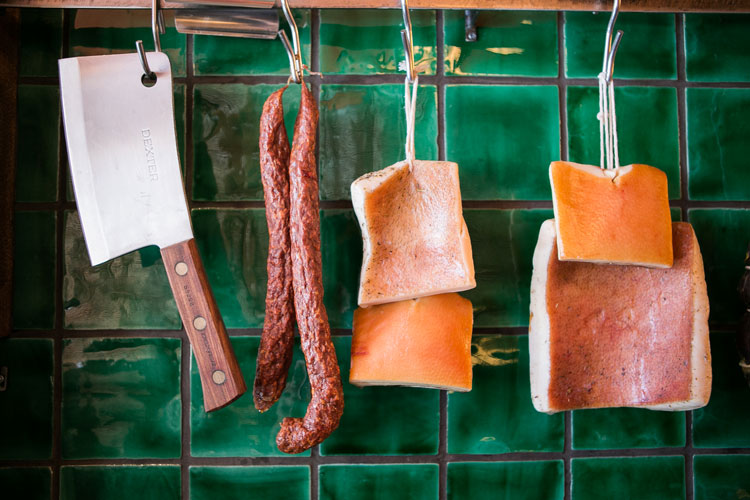 ​Severino says the thing he’s most excited about at Gwen is that he’s working on a scale that he couldn’t do in Pittsburgh. “There are things I wanted to experiment with but didn’t make sense to have on the menu [at Cure or Morcilla],” he says.

And there’s an upside for Pittsburgh, too. “At the end of the day, this inspires me to come home and be even better. If I can do it this well for them, I can do it even better for myself,” he says.
​
Severino is a near-nightly presence at one or both of his restaurants, and he isn't planning on leaving Pittsburgh for the glitz and glamor of the West Coast. “My goal isn’t to live in Los Angeles. Cure and Morcilla are the most important things to me. My biggest fear while we were opening Morcilla is what it would do to Cure. My biggest fear taking on this project it was it would do to the two spaces. So far, it’s all working,” he says.