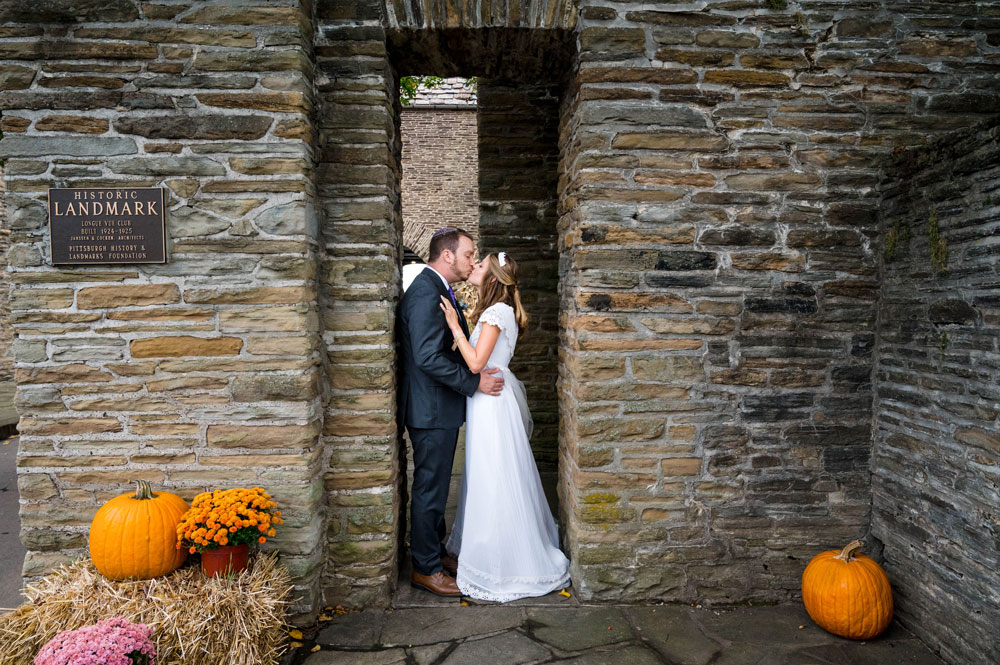 When the cloudy skies cleared just long enough for Benjamin Altshuler and Natalie Shribman’s outdoor wedding ceremony on October 3, 2021, it shouldn’t have been surprising.

After all, they had God on their side. 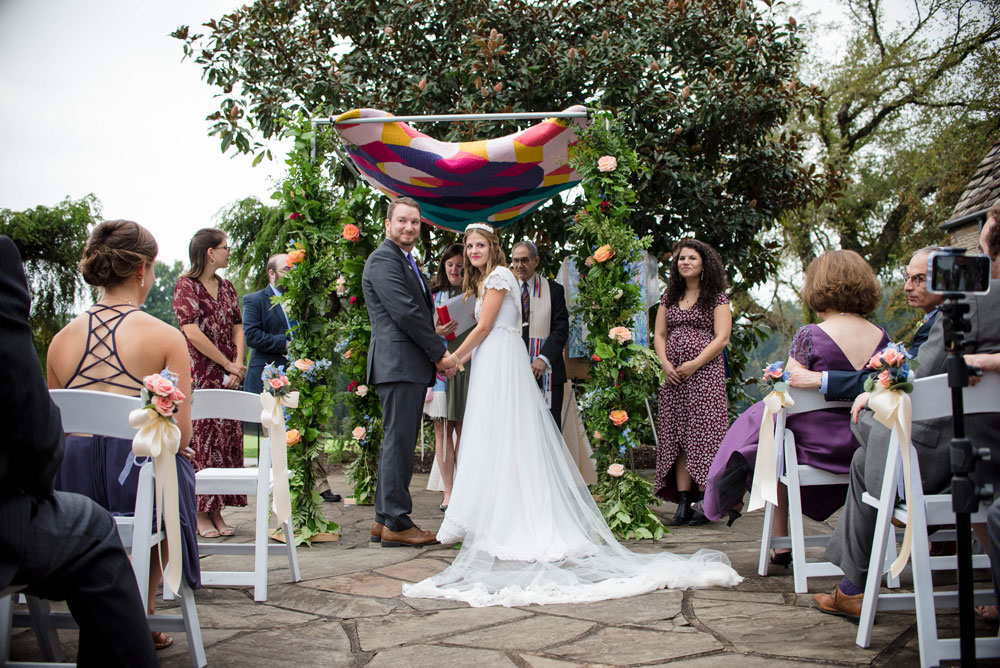 Rabbis Benj and Natalie, who met in rabbinical school in Jerusalem in 2015, had 13 clergy members, one reverend and two cantors present during their celebration at Longue Vue Club in Verona in a day filled with faith, family and friends.

Two of their teachers from rabbinical school officiated the ceremony. Three of their classmates helped to hold the chuppah they were married under and two more were witnesses for their Ketubah. Natalie’s mentors put together an aufruf, a blessing for the Shabbat before the wedding, and some of their colleagues helped them with the weekend’s Havdalah, a religious ceremony that marks the symbolic end of Shabbat. 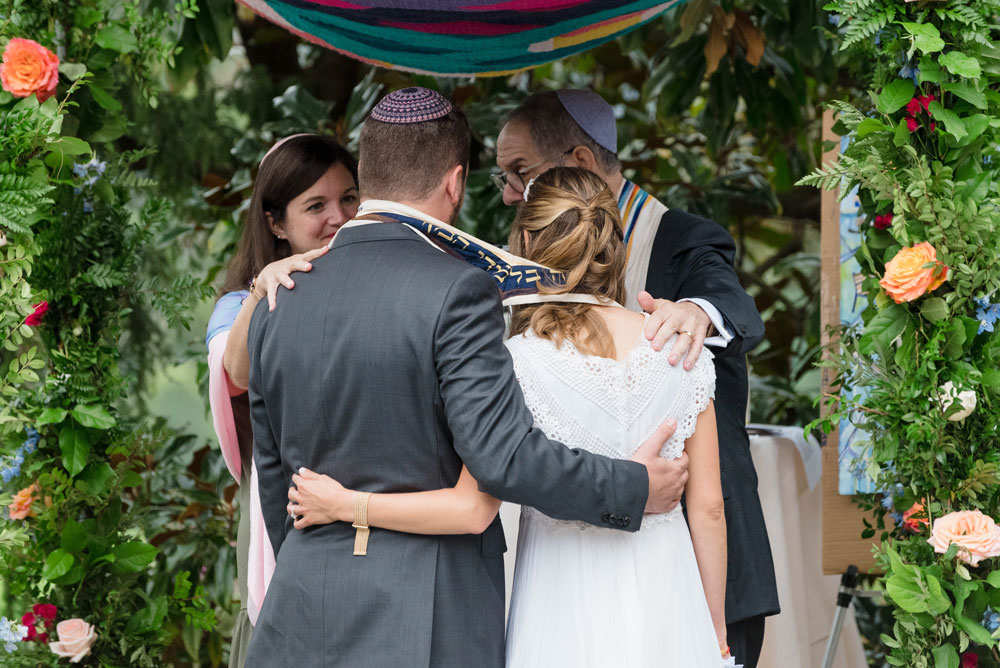 “It’s safe to say the weekend, beyond even the ceremony, was the product of a lot of collegial collaboration,” Benj says. “All of these clergy took a step away from their respective congregational or professional responsibilities to be with us in Pittsburgh and still others celebrated with us from afar, and that made it a really special celebration.”

Natalie says they wanted to involve all of the people who had been so influential in their relationship.

“In our ceremony, our officiants said they blessed us in addition to the other rabbis and cantors who were present. They mentioned them by name and said these people all joined in the blessing. That made it all a little more real.” 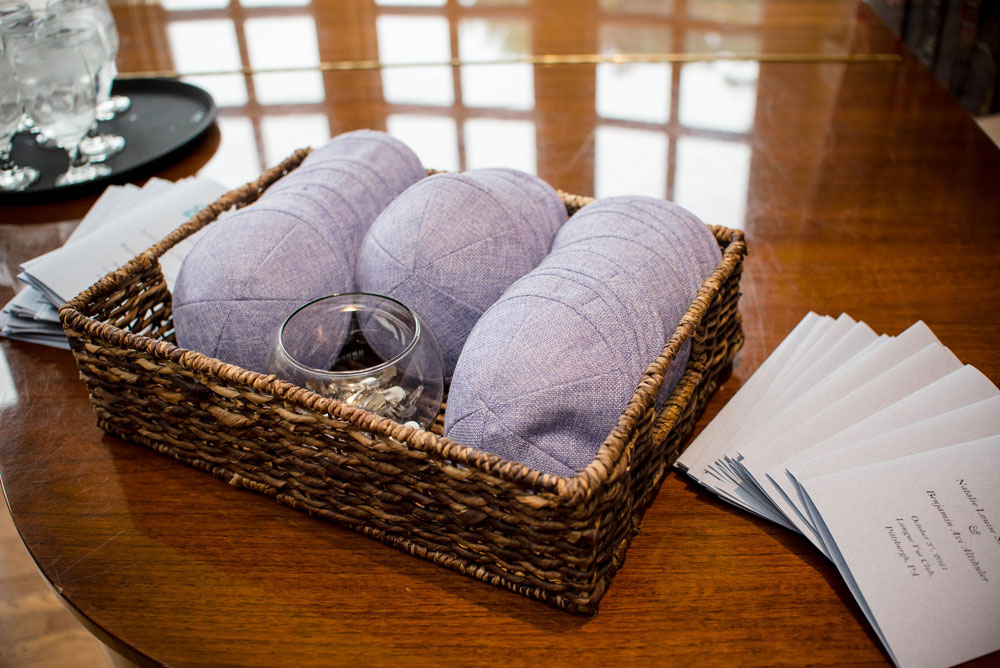 In addition to religious elements, the couple had numerous callouts to their shared love of literature at their wedding: they used bookmarks as table markers and their tables were named after their favorite authors.

“We were focusing on the initials ‘B’ and ‘N’ for our names, but that’s also the initials for Barnes & Noble,” Natalie says.

They also paid homage to Pittsburgh, where Natalie grew up, with a cookie table as well as welcome bags for out-of-town guests containing a Heinz ketchup bottle and “Mister Rogers’ Neighborhood” buttons. 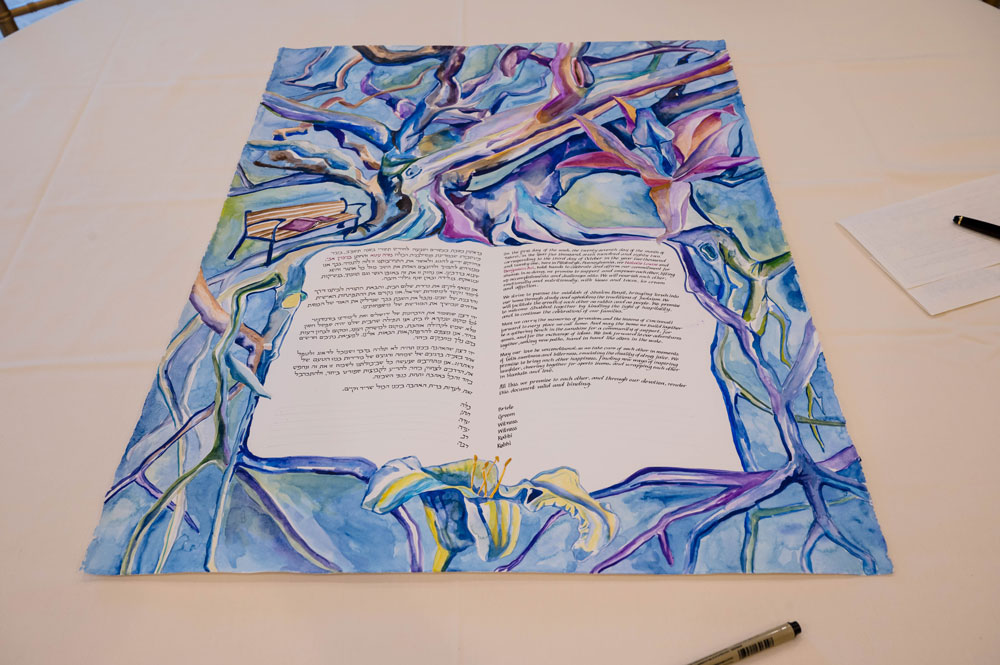 Their families were also key to their entire celebration. Benj and Natalie composed the wording of their ketubah, but they had it translated into Hebrew by one of their professors, hired a calligrapher to write it then Benj’s sister illuminated it with watercolor. It now hangs over their dining room table. Benj’s older brother, an architect, designed their chuppah.

“All our siblings did toasts,” Benj says. “The whole weekend, it wasn’t just about the two of us — it was really about all of the people who we love and who love us helping us make our big day possible.”

Natalie, whose journalist parents work in the same industry, says dating and marrying someone who works in the same field made sense to her, and the couple says it’s not uncommon for two people in their profession to partner — they had invited a few married rabbi couples to their celebration. 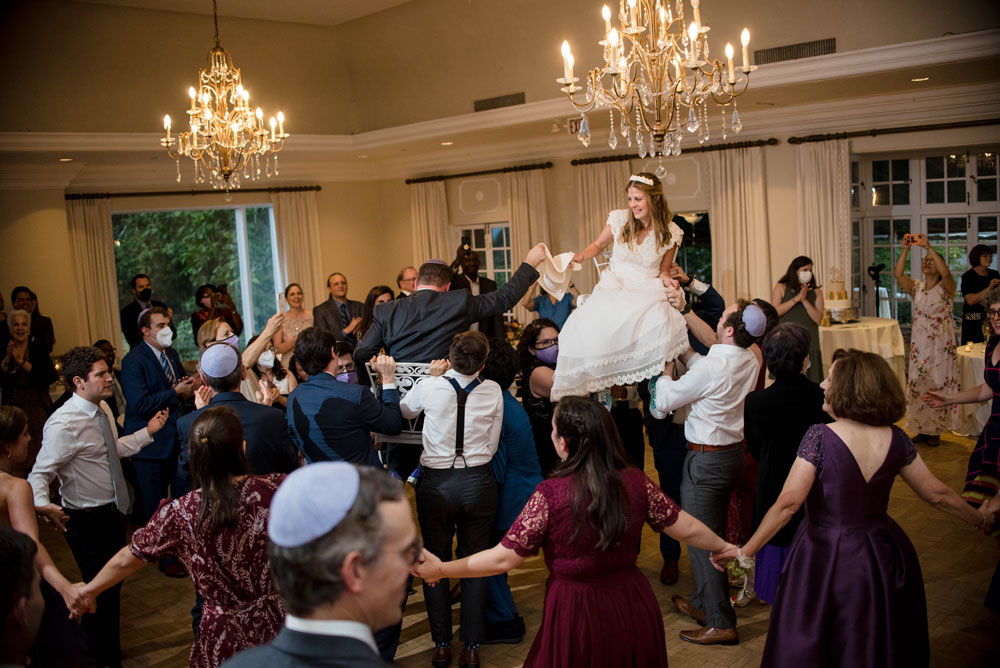 “It’s very nice to have each other for sounding boards, sermons or services. It’s good to collaborate on things,” Natalie says. “I think it is very beneficial and I definitely think there’s a greater understanding of issues we might have with congregations or we may be able to share advice for things.”

“There’s many parallel experiences, which enables us to have an understanding of the challenges and also the benefits of the work we do, but at the same time we don’t necessarily do the same stuff every day,” he says. “We have different jobs now and we can complement each other in the different things we are pursuing professionally.” 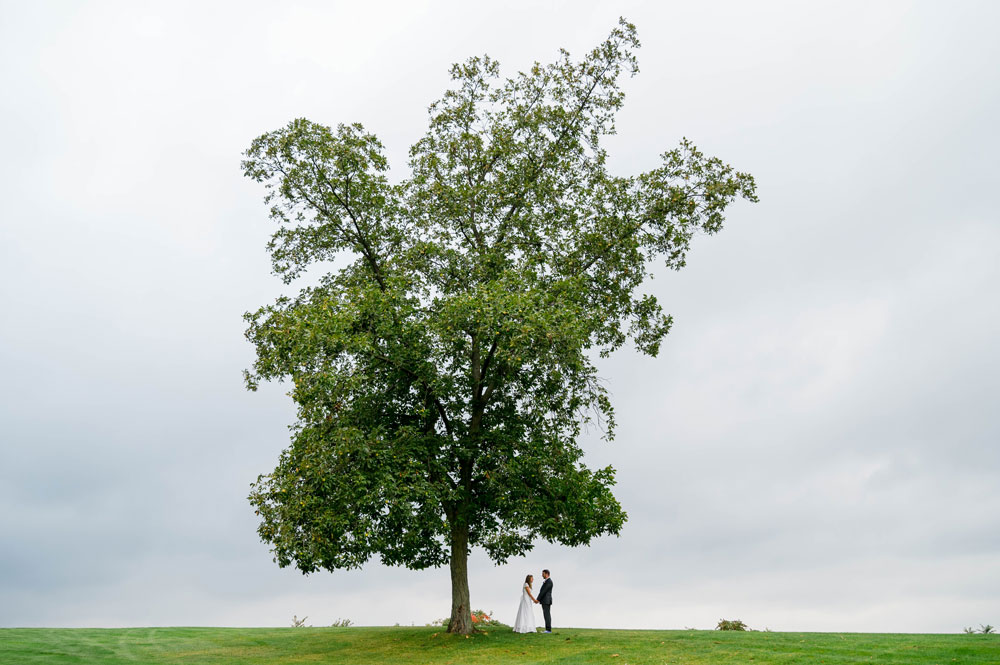 This Winter Wonderland Photoshoot Will Have You Wishing for Snow