Is Perception Reality for the Steelers?

Despite an 11-0 record, they aren’t regarded by many, if any, as a juggernaut. 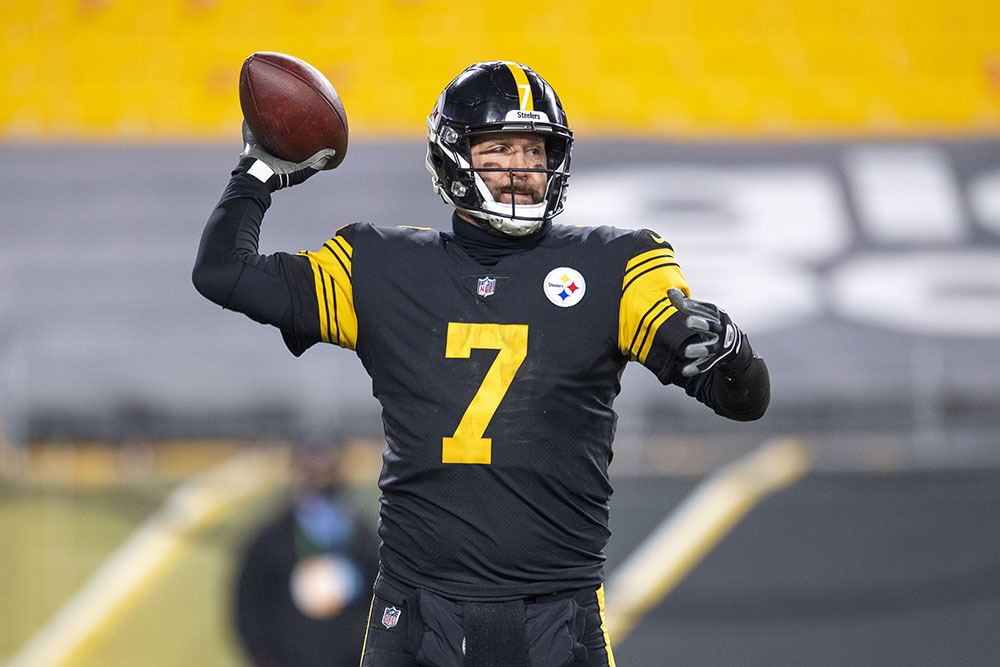 It was sometime before the Steelers finally got around to playing the Ravens that defensive coordinator Keith Butler took exception to a perception of the Steelers as “lackluster” given the track record for consistently winning they’d clearly established.

“Everybody says we’re kind of a lackluster 10-0 team,” Butler complained. “I don’t know if any 10-0 team has ever been lackluster.”

Has there ever been an 11-0 team for which “lackluster” would be a step up in class?

Wednesday’s long-awaited rematch with Baltimore almost turned out to be a disaster, except the Steelers won again.

Such an utterance would be more rhetorical than defiant in nature should any of the Steelers choose to make it in the wake of their 19-14 survival of the Ravens. 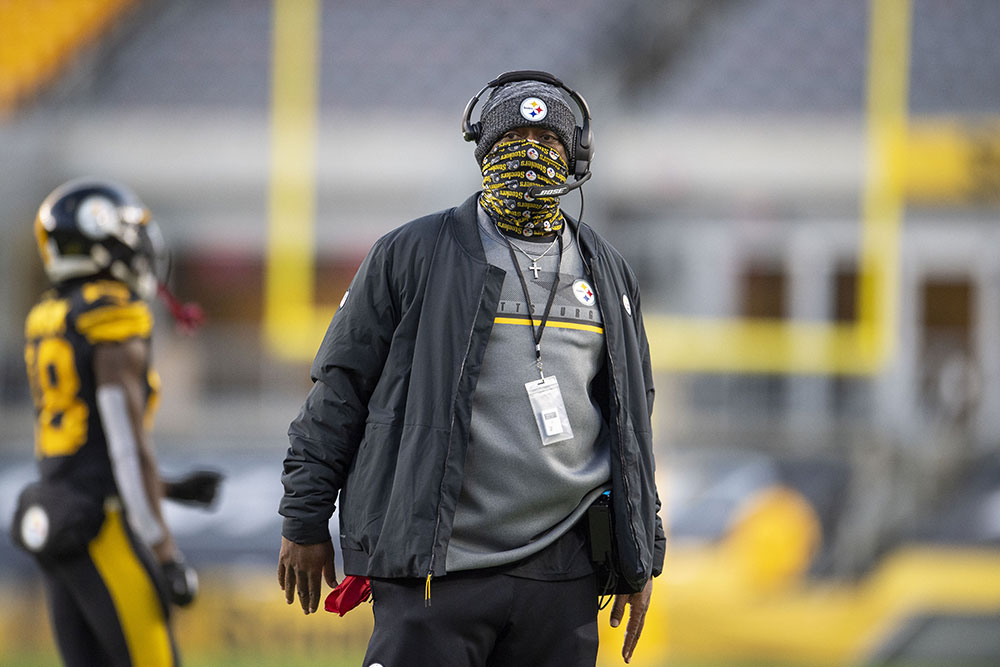 Head coach Mike Tomlin’s assessment of the Steelers’ performance was “junior varsity, to be quite honest with you, in all three phases.”

Compounding the Steelers’ frustration was the state of the Ravens. They had many of their most recognizable names and top-end players on the Reserve/COVID-19 list and had activated 10 players from the practice squad as “COVID-19 Replacements” (the NFL actually has such a designation in 2020) just prior to kickoff.

Baltimore wasn’t varsity caliber, either, far from it.

“They came out with a JV squad,” wide receiver JuJu Smith-Schuster accurately acknowledged.

You almost never hear one NFL player say such a thing about another NFL team.

But “lackluster” with regard to the Ravens would have been over-stating it.

And still, it was a nail-biter rather than the anticipated blowout. 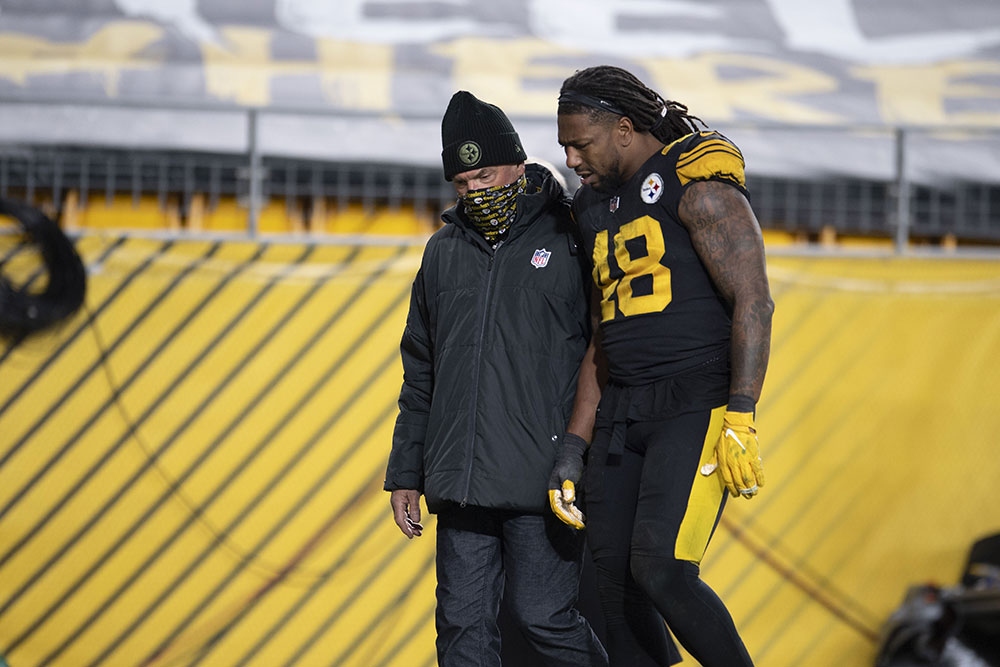 Worse yet, outside linebacker Bud Dupree was lost for the season to a knee injury.

So the mood late Wednesday evening at Heinz Field was understandably much more somber than celebratory.

But did we mention the Steelers are still undefeated?

There’s something to be said for that, whether the victories from one week to the next are impressive or head-scratching.

To make them resemble the former more than the latter, the Steelers must appreciate what helped get them to a lackluster 10-0 in the first place and overlook what contributed mightily to the Ravens game falling so far short of expectations.

That would be the wide receivers.

They had a bad day against Baltimore in terms of dropped passes (Eric Ebron, a tight end by designation but a wide receiver by trade, included). There were a bunch of those, too many by any reasonable NFL standard, and that just can’t happen.

It was still good enough to win but far from championship caliber.

But for the group, the collective effort was as uncharacteristic as it was unacceptable.

What the pass-catchers and quarterback Ben Roethlisberger can do working together remains the Steelers’ strength. 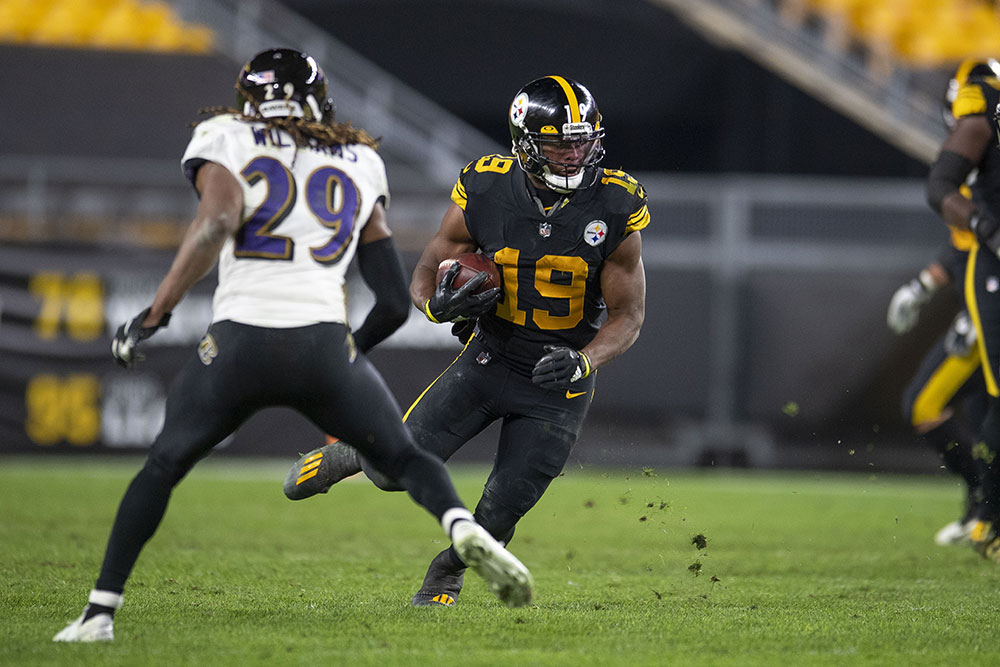 Especially when they spread it out and improvise as necessary, foregoing concepts such as a huddle and strict adherence to a play sheet and relying instead more on athleticism and play-making.

That’ll need to be the Steelers’ signature the rest of the way.

The running game, if not a lost cause, appears capable of becoming little more than a complement, something to sprinkle in here and there to keep the other team’s pass rush honest.

And the defense is taking on more water with the loss of Dupree.

It’s the passing game that has a chance to become the Steelers’ salvation.

It’s been much better than it was against the Ravens, but it hasn’t yet been all it remains capable of becoming.

“We really haven’t shown our complete offense yet,” Smith-Schuster said in another moment of absolute clarity.

Fix that, put a couple of halves together for a couple of weeks in a row, and this team may yet be regarded as something much more than “lackluster.”