Into the Wild: How to Be a Good Forager

Before picking and consuming foraged items, read up on the basic rules. 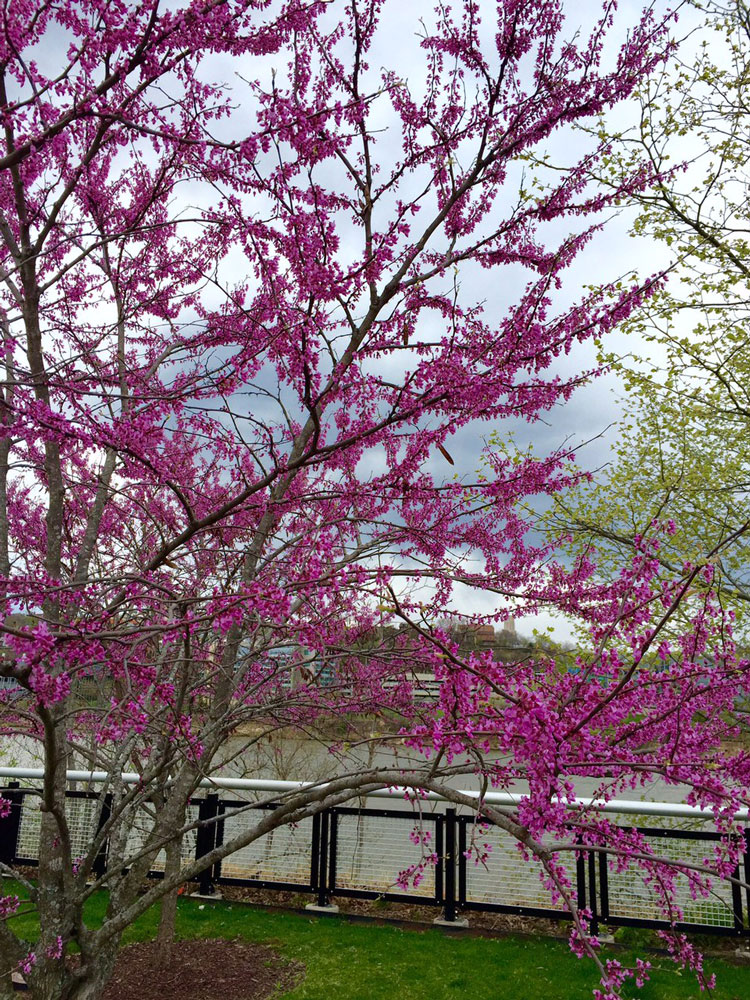 Once you learn how edible our landscapes are, it’s hard to resist sneaking a bite of your surroundings. On Tuesday, I was walking on the waterfront trail behind the SouthSide Works with Adam Haritan of Foraging Pittsburgh when he told me that I could eat the stunning pink and fuchsia flowers of a nearby tree.

“It’s basically the tree form of a pea,” he said.

The Eastern Redbud (Cercis canadensis) is a legume tree native to Pennsylvania. Its edible flowers are bright, tangy and high in vitamin C. If I’d known about the tree before the flowers bloomed, I also could have picked the buds and pickled them like capers. Soon, tender, edible leaves will emerge, as will edible pods (eat those early — they are quite astringent once they mature).

“There’s a certain thrill about it that you don’t get by just shopping in the supermarket. You never get the feeling you get of finding a secret patch of morels or ramps while pushing a shopping cart,” Haritan says.

Foraging might be riding on the cusp of the ultra-hipster bandwagon right now, but let’s also remember that not too long ago it was something that mainstream society derided. Italian immigrants in Pittsburgh and elsewhere were shamed for gathering wild dandelion greens to make salads (and, later, the flowers to make wine). 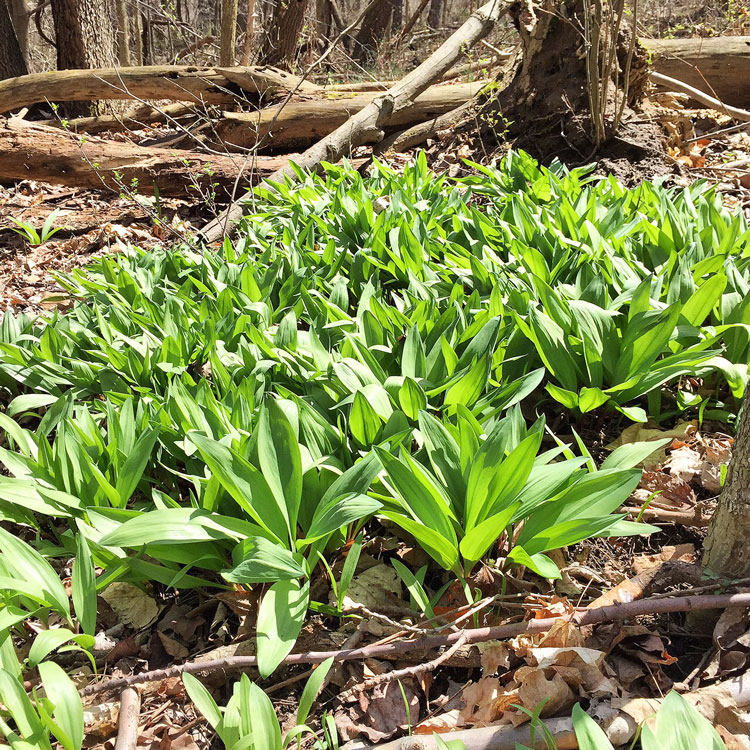 “What, are you so poor you can’t afford to buy food at the grocery store?” was the prevailing thought of the era. Ramps, everyone’s darling today, also were considered poor people’s food.

The reality is that foraging is neither hip nor humble. It’s smart (tasty and nutritious food for free), and for many of us, it provides a nice supplement to our garden and grocery-store diets.

“It’s not about trying to be cool,” Haritan says. “It’s about connecting with the land. There’s a direct correlation with our happiness, our health and our community when we’re connected to the land.”

There are a few basic rules any forager should follow:

1. Don’t eat anything until you’re sure it’s the thing you think you’re eating. Some plants’ lookalikes — Lily of the Valley looks similar to ramps — simply lead to disappointment, while others’ misidentifications — elderberry and water hemlock, for example — could lead to death. Consult a guidebook or an expert if you’re not sure.

2. Don’t eat anything growing in the ground if you’re not certain of the soil quality. There are plenty of forageable plants nearly everywhere you look in the city, but that doesn’t mean it’s a good idea to eat them. Pittsburgh’s soils notoriously are polluted, and plants have a tendency to accumulate that pollution. Tree flowers, fruits and nuts all are generally safer to eat, but, again, it’s always best to be certain before eating something from an unfamiliar location.

4. Respect nature. If you pull out an entire patch of ramps, roots and all, it’s going to take a long time to recover. Those photos of washed ramps with their roots hanging like beards look beautiful, but it’s not a sustainable way to harvest them. Instead, harvest the ramps just above the bulbs. With native plants — feel free to go wild with the invasives and have a knotweed party — take what you need but always leave more than you take. I now have my eye on some serviceberry trees that Haritan pointed out, but I know I need to share with the birds. And with Haritan. Foraging isn’t for the selfish.

“We sterilize so much in our world. As humans, we can all use a bit more wildness. Foraging is a great way to do that,” Haritan says.

If you’re interested in learning more about the specifics of foraging, Haritan is leading a spring walk in North Park on Saturday, April 25.

If you've yet to take part in this year's Pittsburgh Craft Beer Week, get moving. There are plenty of things going on between now and Sunday, when the 10-day-long celebration ends. We've never consumed doughnuts with beer, but the Saturday brunch at House of 1,000 Beers in New Kensington would seem to be a safe bet — brews will be paired with goods from Oakmont Bakery. Instead of doughnuts, Hough's in Greenfield is serving Brooklyn Beer flights with various Pittsburgh Popcorn Co. flavors. Sunday's Brewers Olympics at Grist House Brewing in Millvale is a fine unofficial wrap-up. Several breweries will compete as attendees enjoy burgers and fries from The Steer and Wheel truck.

Gourmet burgers remain a staple. Good thing, because we’ve gained another local choice: Bill’s Bar & Burger, which opened this week. The business originated in 2009 in New York, where there are three sites, and opened an Atlantic City outpost in 2011; the Westin Convention Center Pittsburgh location is Bill’s fifth site. The menu goes beyond the beef, with hot dogs, tacos and more. Suggestion: Splurge on a shake — the “chocolate-peanut butter bomb” sounds enticing, particularly with the option of adding Jack Daniels Honey.

May 1-3 isn't just about the Pittsburgh Marathon — it's also opening weekend for Wigle Whiskey's Barrelhouse. Next Friday, things kick off with live entertainment, a barrel roll and a pig roast. On May 2, it's time to celebrate the Kentucky Derby, with a menu of Derby-inspired food and Mint Juleps. On May 3, Wigle will host a lively public post-race shindig with lawn games, food-truck fare and assorted beverages; runners may show their bib to receive a complimentary Bloody Mary or Wigle cocktail. Word of advice: Register now for these happenings because Wigle events tend to sell out.