The Commoner is located inside the new Hotel Monaco. 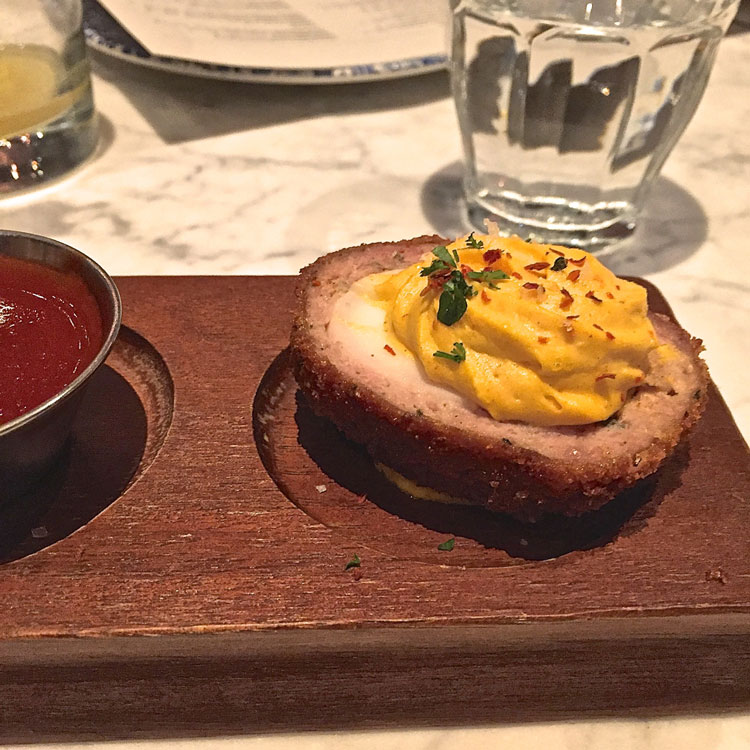 PHOTOS BY HAL B. KLEIN, UNLESS OTHERWISE NOTED

On Monday night, I had a very fine dinner at the newly opened The Commoner at Hotel Monaco downtown with the company of a few other local food writers, including Pittsburgh Magazine dining critic emeritus Ann Haigh. We sampled a large — all right, obscene — assortment of what’s offered from both the kitchen and the bar.

Although I didn’t have a typical experience at the restaurant since we were treated (read: they invited us to dine with them and had a menu planned in advance) to the multicourse meal, it’s pretty clear that the skill level in The Commoner’s kitchen is high. You can’t fake your way into making flavorful dishes like fall-off-the-bone lamb shank or charred cauliflower with sage-walnut pesto seeping into its brain-like nodes.

The Commoner is a modern American bistro featuring straightforward food prepared with a bit of finesse. Take the pork cheeks: Hints of citrus cut the rich braise with a light, slightly bitter brightness. 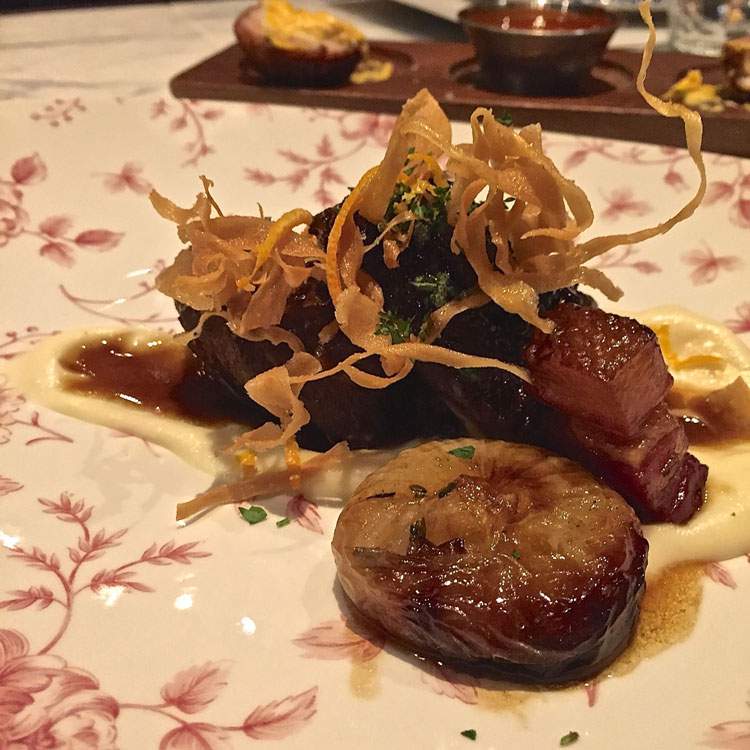 Executive Chef Dennis Marron comes to Pittsburgh by way of Hotel Monaco D.C.’s Poste Moderne Brasserie; before that, he worked for Kimpton (the parent company of Hotel Monaco) at several of their other restaurants. Pittsburgh’s developing roster of homegrown talent is impressive, especially for the size of our city, but attracting a chef of Marron’s caliber provides a necessary infusion of new skill. 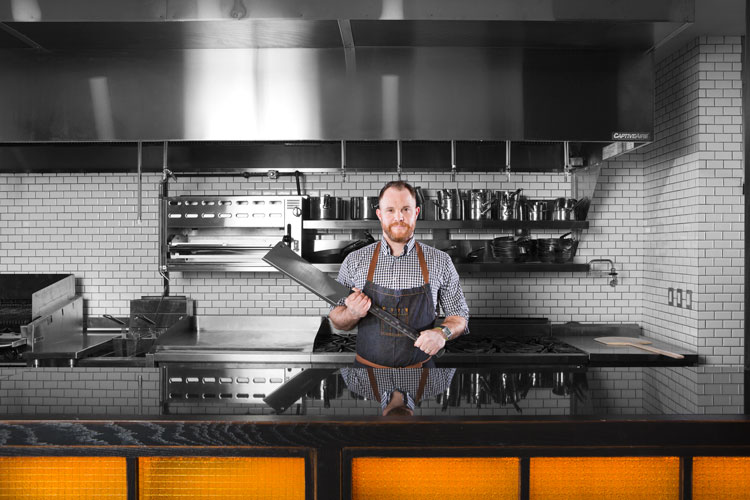 Marron had a hand in everything from the menu concept to choosing the flatware.

“It’s a lot of me in here. The room matches my style of food. It’s neat to see it all come together,” he says. 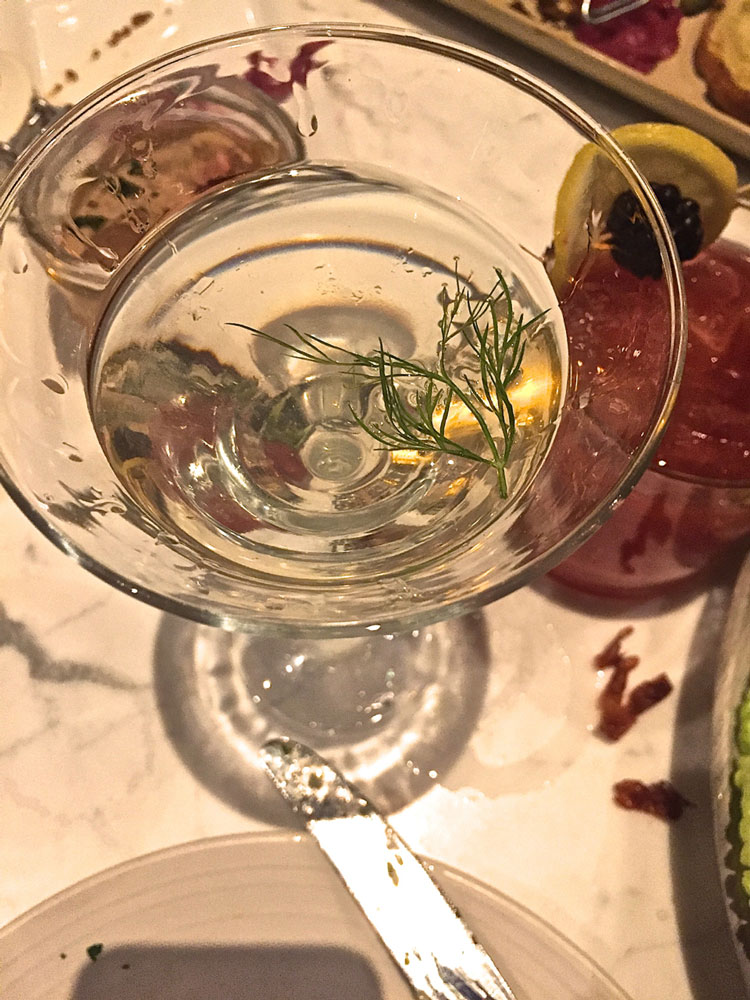 Joshua Holliday runs The Commoner’s beverage program, and he has a stellar support staff that includes Brian Gastaldi, one of our 13 Bartenders You Should Know. Even though some of the cocktails were a bit too sweet for my taste, I like what’s happening here. I especially enjoyed the Pickled Chili Pepper Martini, a crisp classic enhanced with a kick of heat from chili-pepper-infused Dolin Blanc vermouth. There’s a ridiculously deep beer list composed of pints and bottles of Pennsylvania and American craft breweries. 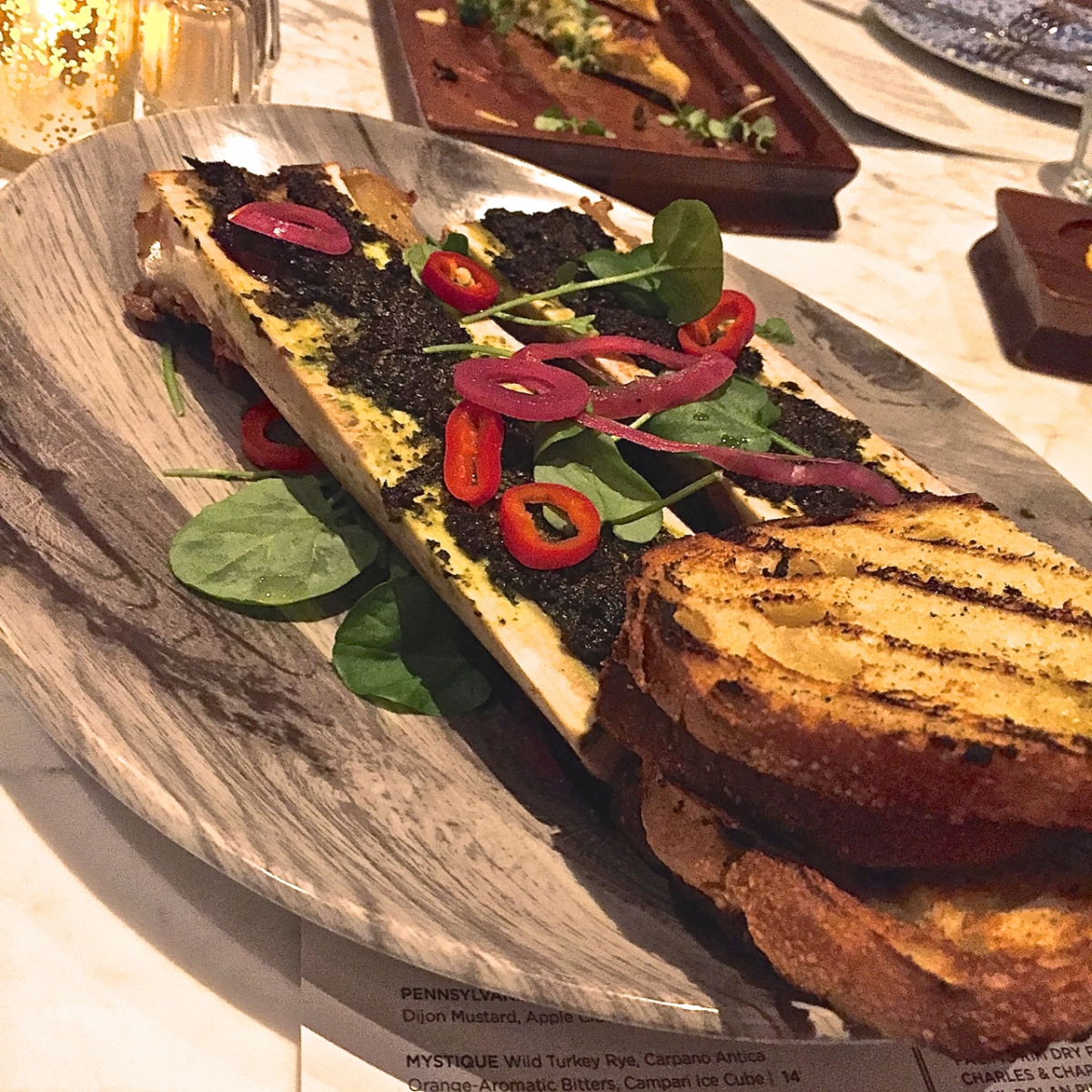 Although this combination is not listed on the menu, I’d encourage you to order a plate of roasted bone marrow and have a shot of rye from the finished marrowbone. The bone luge looks like it belongs more in a frat house or Fred Flintstone’s Royal Order of the Water Buffaloes lodge, but the blend of fat, oak and booze is as succulent as it is intoxicating. And it’s a lot of fun to drink.

All in all, The Commoner is a big upgrade from a typical hotel restaurant — so much so that it’s quite likely to be as much of a hit with locals as it is with visitors. And it’s another indication that downtown Pittsburgh is steadily, if slowly, growing into a relevant nightlife destination.

I’m looking forward to spending more time at The Commoner.