The event, held at Lorelei in East Liberty, had brewers scrambling back to their home bases for additional kegs. 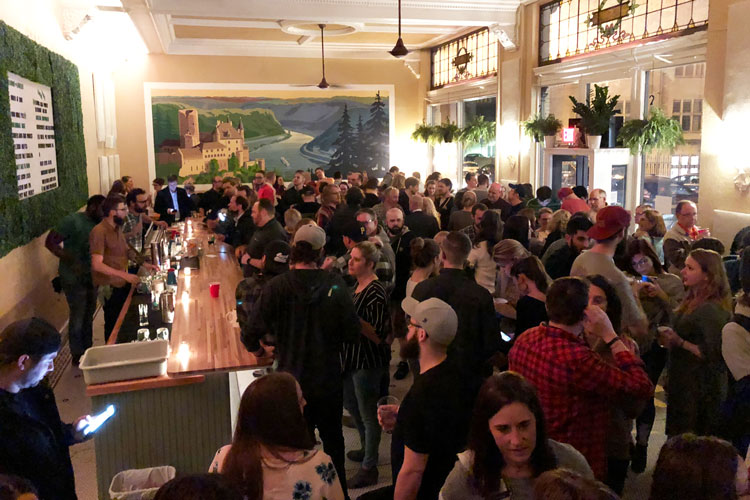 The owners of Independent Brewing Company and Hidden Harbor in Squirrel Hill planned to hold a modest fundraiser in the wake of the Oct. 27 mass shooting at Tree of Life synagogue. By the time the bars closed on Monday night, the ownership group, with an assist from the local and regional craft brewing community, had raised $17,010 for the Tree of Life Victims and Family Account, which is housed at First National Bank.

“It’s sad to say, but we live in a culture where it’s just so easy to gloss over the last mass shooting. But, when there is a week of funerals in your neighborhood and people are coming in after the funeral to have a beer at your bar, you really understand how it affects people. Our fundamental purpose is to give people a place to gather and have comfort with each other,” says co-owner Peter Kurzweg.

Immediately following the massacre, Kurzweg and company decided they would donate a dollar of each food and beverage sale at their Squirrel Hill bars to honor the memory of those slain in the anti-semitic hate crime. Almost as soon as the announcement was made on social media, Tim Bowser, owner of Elk Creek Cafe + Aleworks in Millheim, Pa., called with an offer to donate kegs. Shortly after that, the owners of Roundabout Brewery, The Brew Gentlemen, Dancing Gnome and East End Brewing called in with the same offer. “Why don’t we do one event with all these kegs?” thought Kurzweg.

They decided to keep the initial fundraiser going in Squirrel Hill (it brought in more than $3,000) and also organize something bigger at their third bar, Lorelai, in East Liberty. Kurzweg expected The Community Pour to be limited in scope. “I thought we’d tap ten kegs on a Monday night, and maybe we’d sell out of them and maybe we wouldn’t,” he says.

Shortly after the regions beer makers showed up, its beer lovers did, too. A lot of them. 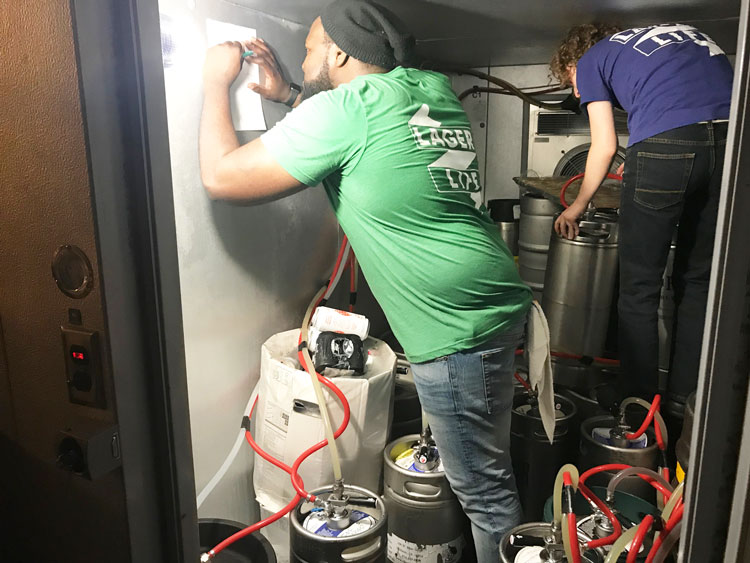 By 5 p.m. Monday, there was a line snaking around the corner. By 6 p.m., the line extended down Baum Blvd. and brewers were scrambling back to their breweries to pick up additional kegs of beer. Later in the evening, ownership tapped into the barrels in Lorelei’s cooler so the event could keep going. Brewers pitched in to do dishes. Staff that showed up to support the event hopped behind the bar to work it. At 10 p.m., the bar was still crowded.

Kurzweg estimates that more than 600 people purchased at least 1,640 glasses of beer (a pint every 13 seconds for six hours) and cider at the event. The total amount from beer sales was $9,800, all of which was marked for the fund. Add that to an additional $1,650 in cash donations and a $2,000 anonymous contribution, and as Kurzweg says, “that’s pretty good for a Monday night fundraiser.”

Pittsburgh’s food and beverage community has more fundraising actions planned to support those affected by the Tree of Life shooting. East End Brewing Company, for example, will donate 100% of draft beer and ginger ale sales at both of its locations tonight (11/6) to Tree Of Life – Or L'Simcha Congregation. We will keep you posted on the rest.