I’m 22 and Understand the Crisis We’re In, So Should You

Growing up in a family full of doctors feels like being part of a family of soldiers putting their lives in harm's way in an attempt to save others. 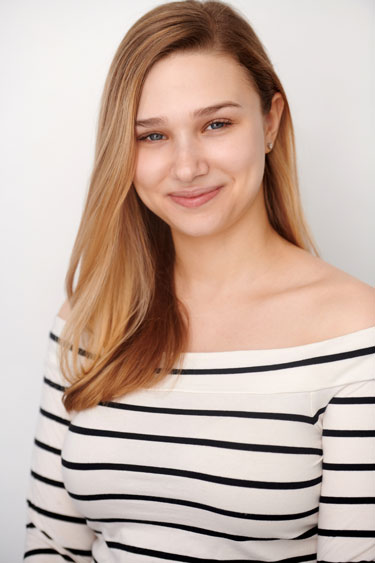 Growing up in a family full of doctors used to seem almost comical — my grandfather was a primary care physician, my father is a radiologist, one of my aunts is a pediatric hospitalist, another aunt is a neurologist and my uncle is a neurosurgeon — but now it’s downright terrifying.

Several weeks ago, before there was a single stay-at-home order in the U.S., I would go to the grocery for my family because I’m the youngest, and therefore the least at risk. Plus, I’m a full-time college student at the University of Pittsburgh for one more month, so my schedule is the most flexible.

As I walked around the produce section one day, I found myself constantly trying to dodge the other people around me. They were all in their own world, seemingly unaware of how essential it was to keep a 6-foot distance between bodies. There was one woman wearing a surgical mask, but because of the “protection” I assume she thought she was under, she wasn’t practicing social distancing.

As a 22-year-old, I was looking around at many of my elders and peers, seeing that this crisis was not being taken seriously enough.

That same week, the now-infamous photos of spring breakers out on the beach in Florida were released. I was on my spring break, too, but there was not a single part of me that felt jealous of the fun they were having.

The only emotion I felt was anger.

My anger was also aimed at all the people who allowed the beaches to stay open, the parents who didn’t keep their children away from hoards of people. Most of those spring breakers were likely part of Generation Z, but this issue extends far beyond young people. Plenty of Millenials, Baby Boomers and beyond are not behaving responsibly.

I am a college senior. In a perfect world I would have been enjoying the brief respite from my demanding class schedule before starting my final sprint. Instead, I was watching people behave in the most selfish way possible by not giving any regard to those around them.

As I watched the ignorance in this country running rampant, I was also watching my father leave for the hospital every morning with sadness in his eyes, the knowledge he’d see more tragedy than usual weighing on him heavily. Every time he came home, though, he had this routine that felt like a scene in “Monsters, Inc.”  First, he would park in the garage and take his scrubs off, throw them in the washer and run upstairs to take a shower. Only after his shower would he come and greet us.

My father was able to discontinue his routine last week once his hospital was able to support a work-from-home station. For now, he’s safe and healthy, but that could change in an instant. As doctors get sick, it is possible that he will have to go back into the hospital to support the dwindling healthcare staff.

Being sick enough to be at the hospital is scary on its own — I would know; I paid a visit to the emergency room at the beginning of March. I had what I thought to be a normal cold, but turned into a more severe flu-like upper respiratory infection. I was sick for about ten days, but day number seven was when I was at my worst. That evening, I passed out while walking 10 feet from my kitchen to my bathroom and woke up with one of my roommates standing over me, trying to see if I was responsive. I fainted two more times over the course of 20 minutes before calling my father for a consult — to be safe, he agreed with my roommates that I should go to the ER.

Once dressed and situated in my assigned room, I reclined on the bed as I was hooked up to a heart monitor and a finger pulse oximeter in addition to having a cold stethoscope pressed upon different points of my chest and back. I had an EKG and blood draw, then I was hooked up to my first bag of IV fluids. My heart, which hadn’t stopped racing since I passed out the first time that evening, finally started to slow down as the fluid was poured into my veins. I kept checking the machines to look at my heart rate because the speed was making me nervous. For a moment, I let myself catastrophize and wondered if I had somehow damaged my heart. (My heart was and is fine.) After two IV bags of fluid and negative test after negative test, I was discharged from the hospital a few hours later under the conclusion that despite my best efforts, I was severely dehydrated.

By all accounts, I am an extremely healthy person; I exercise regularly, eat well, and generally have a strong immune system. I rarely get sick and usually I can power through it relatively easily. At 22, I ended up in the emergency room for the first time in my life, and while I’ve grown up around medicine, it still left me reeling. I can only imagine how much scarier it would be to wake up in the hospital on a ventilator because I had contracted COVID-19. Had I been less lucky, that could have been my fate; plenty of people my age and younger have been put on ventilators. For those who are able to make it through and are taken off their ventilator, the trauma of the memories from their hospital stay will remain with them.

Part of me wants to thank every single person out on the frontlines, but an even bigger part of me wants those without loved ones on the frontlines to imagine for a second how terrifying it is for both the soldiers and their families. Before you leave your house, ask yourself “Is this necessary” and if it is, “Is there any other way or time I can do this to ensure optimal social distancing?”

I understand that we’re all stir-crazy and lonely and trying our best to get through this in one piece. But, please, think about how your actions — now more than ever — could affect those around you. If you have to know a person going through this to be able to crystalize the idea in your head, think of me.

When you behave selfishly and foolishly, you are risking the lives of my loved ones; you are deciding how bad this situation gets and whether or not my family members make it through this. And if you really need me to paint a picture, know that one day, I hope to get married and have my father walk me down the aisle. Before that, I hope for my father to meet the man I want to marry because I haven’t even met him yet.

So I implore you, think about me — or whomever that will make you take this seriously — and do not make any decisions solely based on you anymore.

An intern at Pittsburgh Magazine, Nicole Friedberg is a senior at the University of Pittsburgh