The Pittsburgh distillery will donate its supply of hand sanitizer to first responders. 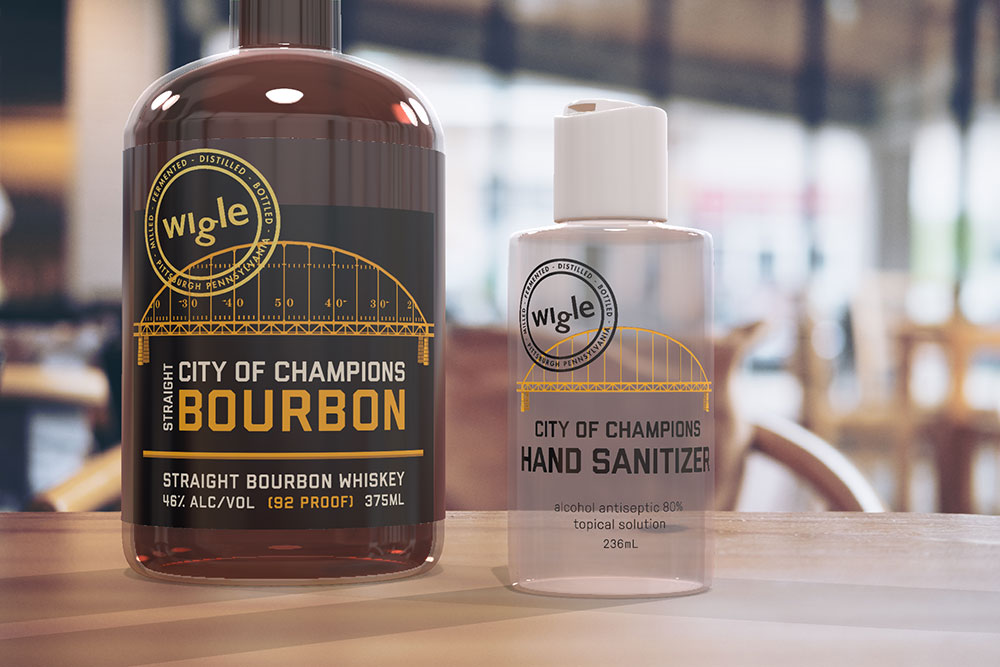 Wigle Whiskey’s goal is to put a bottle in each first responder’s hand, but this City of Champions product isn’t to drink.

The distillery, which recently started production on City of Champions hand sanitizer, will be donating all of the bottles produced to the Pittsburgh Public Safety Department and State Police.

“Hand sanitizer is in short supply for so many people and institutions,” says Alexander Grelli, co-owner of Wigle Whiskey. “This is a small way we can give back to our region, our neighbors, and fellow citizens.”

The company applied to the Pennsylvania Liquor Control Board to produce hand sanitizer for as long as the pandemic is causing a shortage. To ensure it is effective, the company is following national guidelines.

“We have produced about 60 gallons of high-proof spirit that satisfies the Food and Drug Administration’s requirements,” says Grelli.

Wigle will not be selling or distributing the hand sanitizer to the public.

“We do not view our place as meeting this need as a commercial venture, appropriate for sale to consumers, but rather allocated to state and local governmental entities that can put this to use in its highest needs,” says Grelli.

Wigle Whiskey is also making headlines for taking home 20 awards, including gold medals for its Port Rye, Single Barrel Straight Rye Whisky and Saffron Amaro, at the American Craft Spirits Association Awards. Wigle won the most awards for the fifth year in a row.